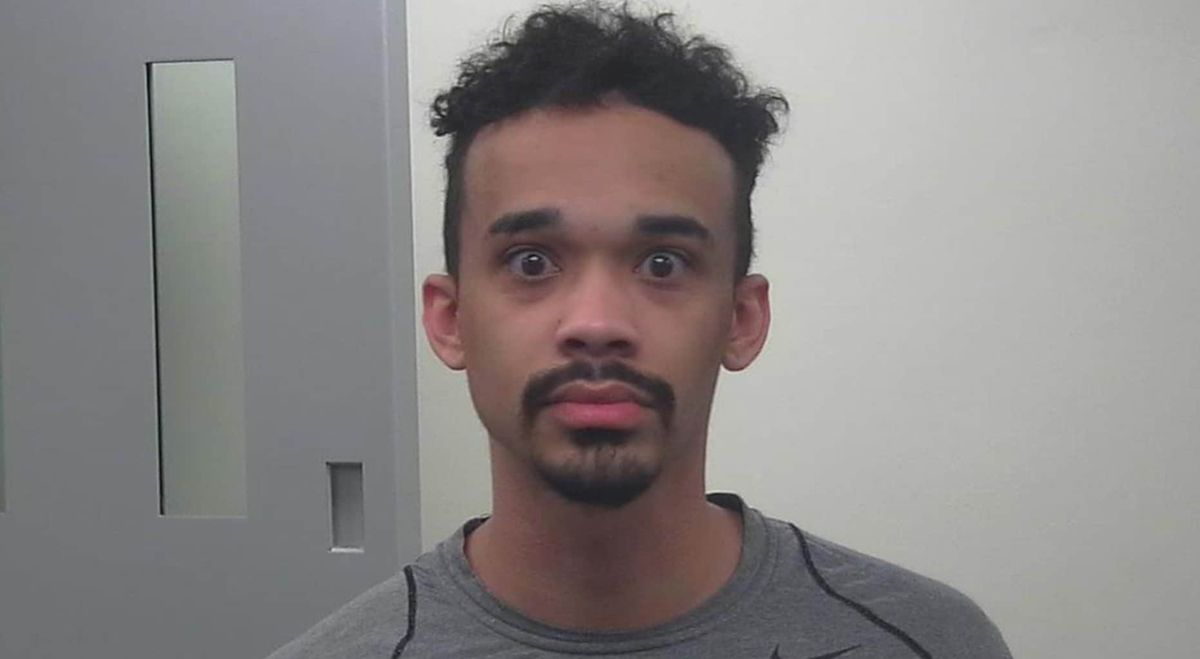 A left-wing agitator who is part of the Black Lives Matter movement who was arrested for being part of the riot at the Capitol now claims he was only there to “document” the violence.

John Sullivan was charged Thursday in federal court in Washington, D.C. after being arrested by the FBI.

The Utah resident remains in the custody of federal marshals in the Bee Hive State’s Toeele County, Fox News reported.

The FBI claims that Sullivan was heard threatening to burn the Capitol Building down. Investigators say that during the riot Sullivan said “We gotta get this s— burned,” and “it’s our house motherfu**er.”

Investigators also say that Sullivan was wearing a bullet-proof vest and remarked to other rioters, “You guys are fu**ing savage. Let’s go!”

Sullivan is also heard on video saying, “There are so many people. Let’s go. This shit is ours! F**k yeah. I can’t believe this is reality.”

“We accomplished this shit,” and he said at another point in the video, “We did this together. F**k yeah! We are all a part of this history.”

Sullivan is the founder of Insurgence USA, a left-wing group in Utah. He told Fox News that he joined the riot in the Capitol “document” what was going on and to dispute “this narrative going around” that Antifa planned the riot.

Amazingly, CNN had interviewed Sullivan on the night of the riot and treated him as if he was a legitimate “journalist” covering the event.

After all he was caught saying? And CNN acts as if he is just a journalist?

Max Blumenthal posted a series of tweets about Sullivan highlighting his appearances on CNN:

I studied video shot by Sullivan (Jayden X) in the Capitol and compiled some moments of him zealously celebrating the invasion & instigating the mob all the way up to Ashli Babbit's shooting. Watch with audio on.

No committed BLM activist would say or do this – and he isn't one pic.twitter.com/uE5VmUf6mU

The night of the Capitol riot, Sullivan was welcomed on @andersoncooper to present himself as the heroic journalist who recorded Babbit's shooting. Cooper falsely called him a "left-wing activist" and didn't ask why he was actually in the Capitol. This was fodder for the Right. pic.twitter.com/LPezi5Hv09

I learned that Sacker's project has major backers: It's being "advised" by Bryan Fogel, Academy Award winning maker of Icarus and The Dissident.

James has taken on his father's conservatism while John has apparently delved into "burn it all down" nihilism, sabotaging the cause of BLM at every turn. pic.twitter.com/Qs4yHVP96w

Following this and many other incidents, James Sullivan told me Utah's BLM chapter reached out to him to help banish John from the scene. John left for Portland, where he was banished for unusual acts that caused mass arrests, then locked out of DC for his destructive presence.

Moments later, John Sullivan was detained by DC Metro PD and questioned by the FBI. After an hour or so, despite the copious documentation of his role in the Capitol riot, he was let go. (Jade Sacker filmed throughout) https://t.co/Tsbc92jh71

Many BLM activists call John Sullivan an "agent provocateur." Some suspect he is a law enforcement asset, which he denies. Others say he's simply a nihilist who is dedicated to chaos above all else. What's clear is he is not BLM or Antifa, and is out to wreck their cause.