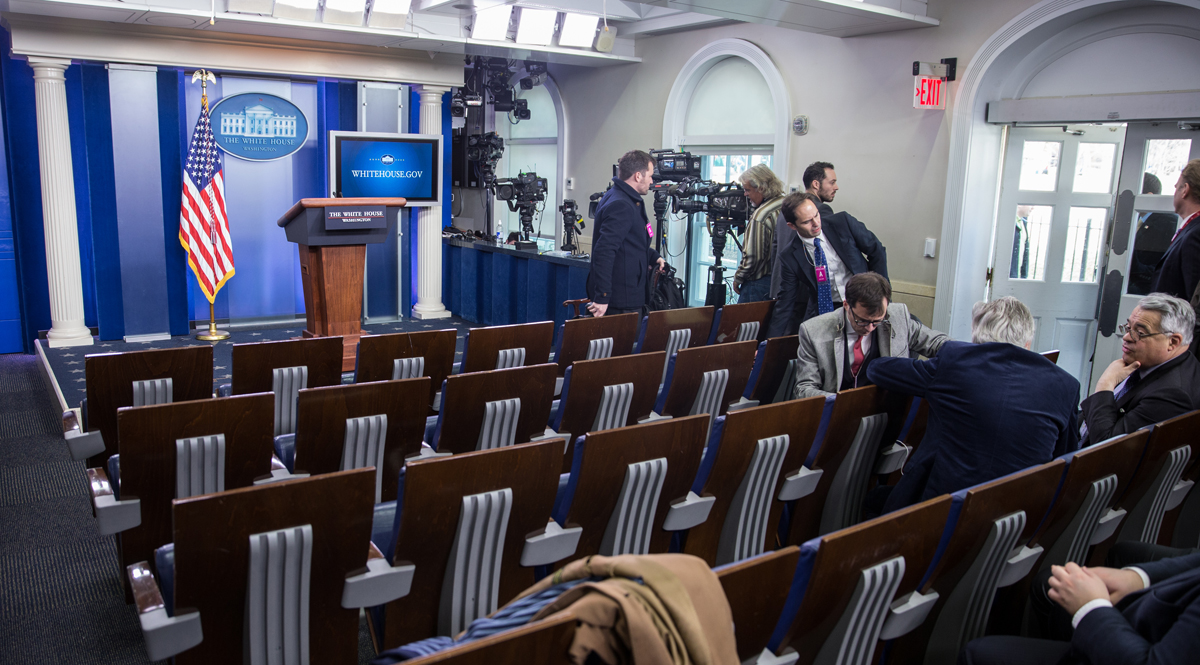 Joe Biden’s press team is thinking about banning all conservative media outlets from future White House briefing, according to reports.

“Organizations or individuals who traffic in conspiracy theories, propaganda and lies to spread disinformation will not be tolerated,” TJ Ducklo, Biden’s deputy press secretary, told Politico, “and we’ll work with the WHCA to decide how to handle those instances moving forward.”

Only days ago, Joe Biden attacked a member of the press. The president slammed Fox News’ Peter Doocy as a “one horse pony” for asking questions about Hunter Biden.

Former Trump administration Press Secretary Sean Spicer slammed the “easy mode” that the press has afforded Biden in these press briefings and called it “an embarrassment.” Spicer is also seeking press credentials to attend White House briefings, along with Fox host Eric Bolling.

Spicer is quite correct. As an example of the deep, hard-hitting questions these so-called reporters are hitting Biden with, his press secretary was recently asked if Joe felt “wistful” over not being able to have the big inauguration spectacle other presidents have had.

That ranks right up there with “what sort of ice cream do you like,”

So, it is not surprising to see the Biden White House already looking to ban conservatives from the briefings.