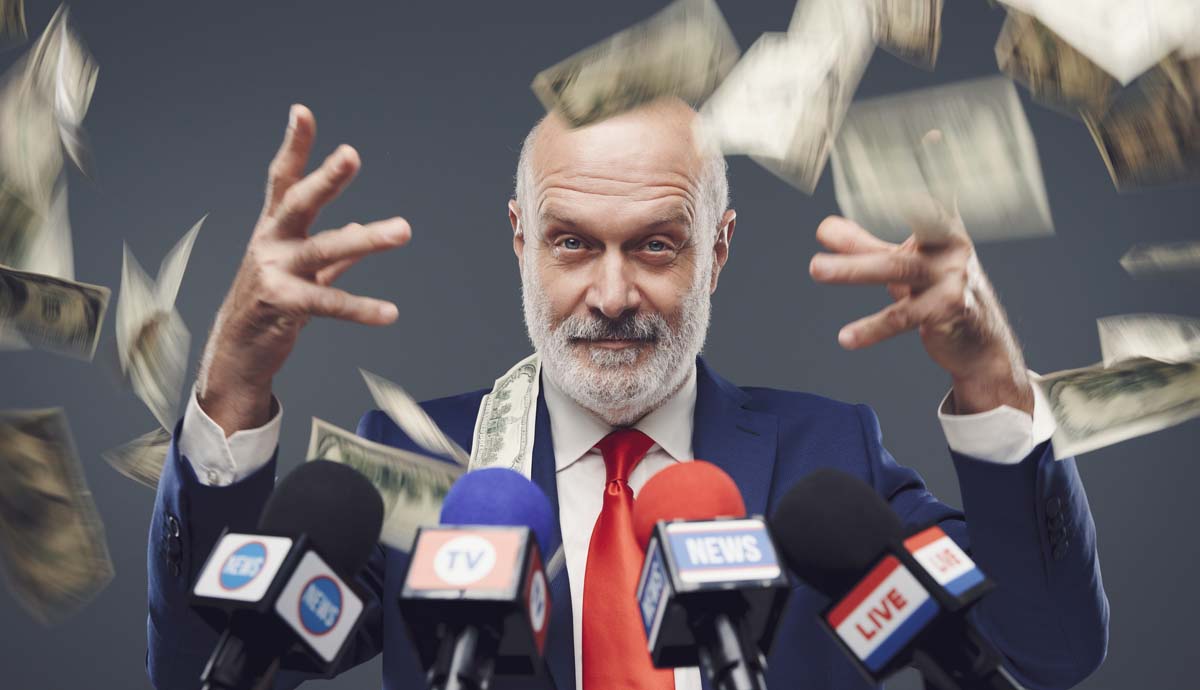 According to an accounting of the 2020 election campaign, Joe “most transparency” Biden got more secret dark money than any candidate in history.

Bloomberg reports that during his campaign, Biden pulled in a record-breaking $145 million in donations, topping Sen. Mitt Romney’s $113 million received during his failed 2012 campaign against Barack Obama.

This is “average” Joe Biden, the man who said he is the most transparent guy ever.

In November, CNN reported that, “More than $320 million of so-called ‘dark money’ helped boost Democrats in the White House and congressional races — more than double the anonymous dollars that aided Republicans in this year’s federal elections, a new analysis shows.”

“It’s not surprising that Biden set the mark given that the $1.5 billion he hauled in overall was the most ever for a challenger to an incumbent president,” Yahoo News added.

In the Bloomberg report, Meredith McGehee, the executive director of campaign finance reform advocacy group Issue One, noted that hiding donations from public scrutiny is the whole reason there is dark money in the first place.

And government watchdog group, Open Secrets, added that dark money is “spending meant to influence political outcomes where the source of the money is not disclosed.”

This all runs exactly in the opposite direction of what the Commander in Cheat told the media that he intended to do with his “honest” run for the White House.