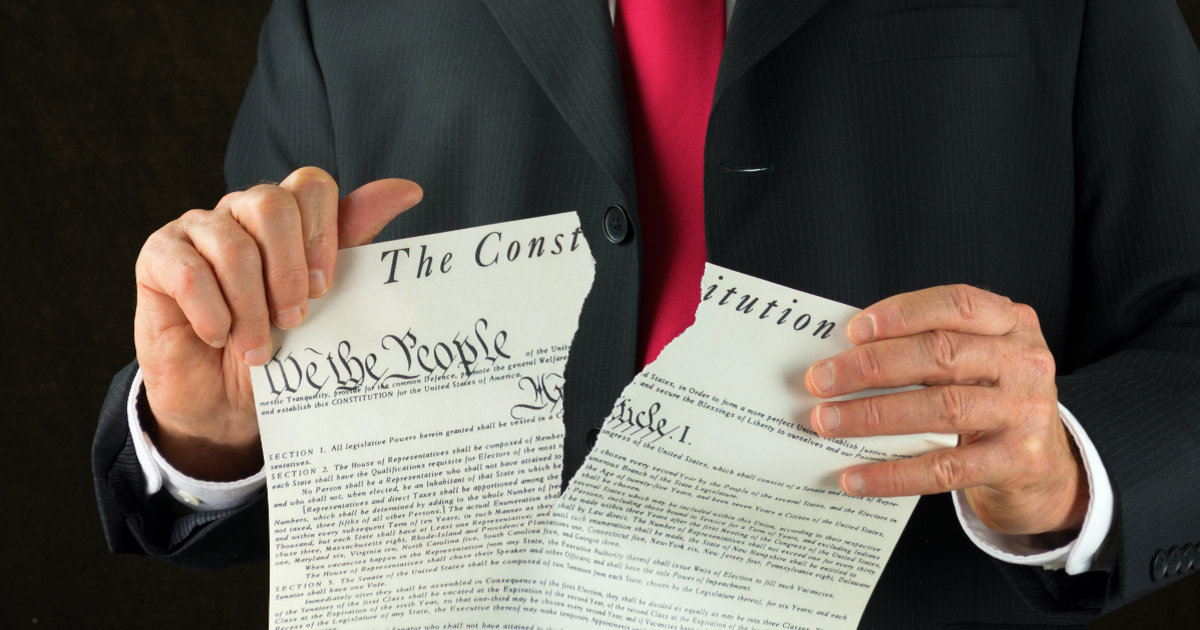 New York Representative Alexandria Ocasio-Cortez suggested on Wednesday that she wants a federal commission to “figure out how we rein in our media.” But the suggestion of federal censorship of the media brought loud rebukes from supporters of freedom of the press.

Ocasio-Cortez made her un-American proposal during an Instagram Live event. The Rep. was asked if the Democrats would work to create “media literacy initiatives to help with healing.” The famed “squad” member replied that it was an “interesting concept to explore.”

“I can say, there is absolutely a commission being discussed but it seems to be more investigatory, in style rather than truth and reconciliation,” she said, “so I think that’s an interesting concept for us to explore, and I do think that several members of Congress, in some of my discussions, have brought up media literacy because that is a part of what happened here .”

The leftist loon added: “And we’re going to have to figure out how we rein in our media environment so that you can’t just spew disinformation and misinformation. It’s one thing to have differing opinions, but it’s another thing entirely to just say things that are false. And so that’s something that we’re looking into.”

AOC suggests adding “media literacy” as a mandate for a congressional “truth and reconciliation” committee pic.twitter.com/sv7UXMwvaO

But the idea of a truth commission wherein the federal government forces the media to broadcast what AOC claims is “the truth” couldn’t not be more un-American and the idea sparked a wave of criticism of the fascist idea.

“Fox & Friends” anchor Steve Doocy said he was “a little troubled” by Ocasio-Cortez’s suggestion and enlisted The Hill media columnist Joe Concha to help figure out who would decide what media gets reined in under the progressive lawmaker’s plan.

“Let’s unpack this proposal, she wants to basically establish a Ministry of Truth, we’ve all read ‘1984’ and, you know, to determine what is truth and what is not. So who sits on this committee exactly? Eric Swalwell? Adam Schiff? Because they seem to have some challenges when it comes to telling the truth,” Concha said.

“How does Mrs. Ocasio-Cortez define truth exactly? She was asked in a [“60 Minutes”] interview, this was a couple of years ago after she was fact-checked on some very dubious claims, about those particular claims and she said, ‘People want to really blow up one figure here, or a word there, I would argue they are missing the forest for the trees, I think there is a lot of people more concerned about being precisely, factually, semantically correct than being morally right,’” Concha said.

“Oh, so it’s not about being factually correct, it’s what she sees as being right and wrong from a moral perspective,” Concha continued. “Let’s say I want to argue against defunding the police or adding two states, which therefore would add four Democratic Senators, does that make me morally wrong and therefore do I have to testify before this committee? Am I pulled off the air? That’s the thing when you have a Democratically controlled Washington — Congress, Senate and White House – this sort of thing in terms of government regulating speech should stay in China, or stay in North Korea or, I don’t know, ‘1984.’”

When will the left-wing media speak up about their broadcasting and “reporting” being programed from Congress?