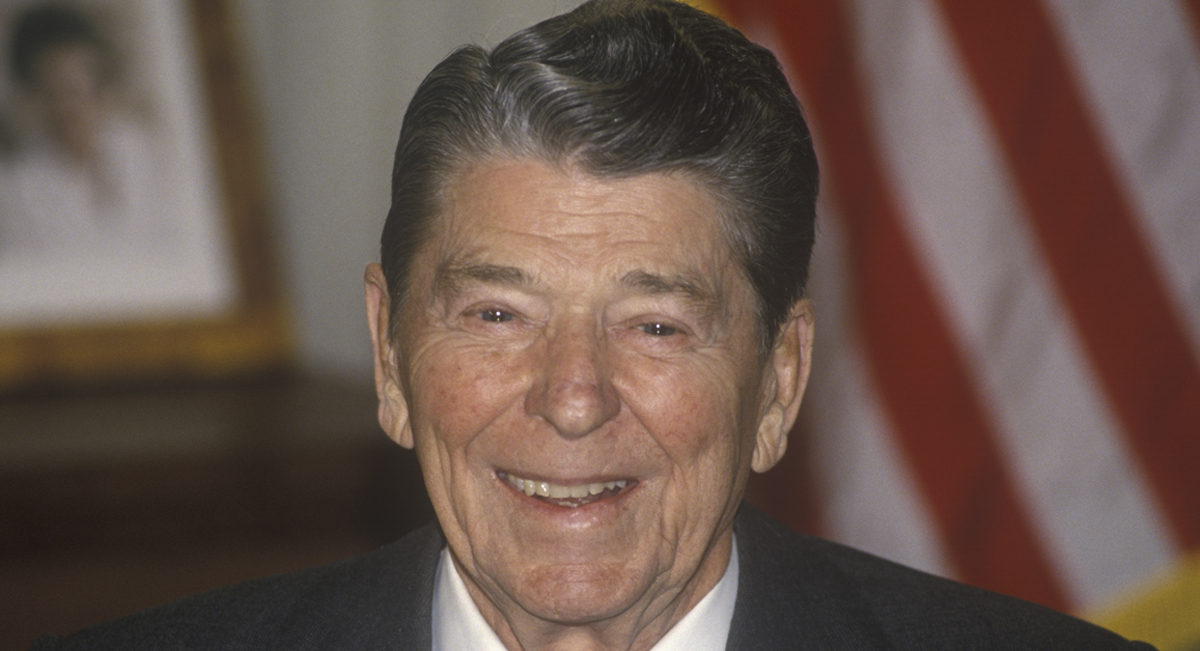 In 1982 NBC started broadcasting its “Christmas in Washington” program and would do so for several years afterward. But in its inaugural broadcast, the network featured a heartwarming clip of President Ronald Reagan reading a Christmas story to a group of children.

President Reagan chose to read A Solitary Life, which is a parable of the life of Jesus Christ.

In the clip, Reagan says that after nearly 2,000 years, Jesus today is “the centerpiece of much of the human race.” Reagan went on to note that all the armies, governments, and powers this world has created have not affected the world as powerfully as this “one solitary life.”

“I’ve always believed that the story of that young man, of Jesus, is a story of hope,” Reagan continued.

“If we live our lives for truth and for love — because that’s what He told us to do — and for God, we never have to be afraid. God will be with us. He’ll be a part of something much larger, much stronger, much more enduring than any force that has ever existed on this Earth.”

Dr. James Allan Francis was born in Nova Scotia, Canada. He became a pastor at age twenty-one and served in ministry for the remainder of his life. His first pastorate was in New York City at the Riverside Baptist Church, and after serving in other varied pastorates in the East, he came to Los Angeles in 1914.1

Though he had a busy life as a pastor, Francis was able to publish a handful of books: Drops from a Living Fountain (1895), Christ’s Mould of Prayer (1924), and Christ is All And Other Sermons (1928). His publications are full of passionate encouragement for Christians to know their Lord, to rely on him, and to follow his example.

Francis’ most famous words, now known as “One Solitary Life,” originated as part of a sermon that he delivered on July 11, 1926 to the Baptist Young People’s Union at a Los Angeles Convention.2 A friend transcribed the message titled “Arise, Sir Knight,” and Dr. Francis published it that same year in a collection called The Real Jesus and Other Sermons.

Here is the text of the story:

Here is a man who was born in an obscure village as the child of a peasant woman.

He grew up in another obscure village.

He worked in a carpenter shop until he was thirty and then for three years was an itinerant preacher.

He never wrote a book.

He never held an office.

He never owned a home.

He never had a family.

He never went to college.

He never put his foot inside a big city.

He never traveled two hundred miles from the place where he was born.

He never did one of the things that usually accompany greatness.

He had no credentials but himself.

He had nothing to do with this world except the naked power of his divine manhood.

While still a young man the tide of popular opinion turned against him.

His friends ran away.

One of them denied him.

He was turned over to his enemies.

He went through the mockery of a trial.

He was nailed upon the cross between two thieves.

dying, and that was his coat.

When he was dead, he was taken down and laid in a borrowed grave through the pity of a friend.

Nineteen wide centuries have come and gone and today he is the center of the human race and the leader of the column of progress.

I am far within the mark when I say that all the armies that ever marched, and all the navies that were ever built, and all the parliaments that ever sat and all the kings that ever reigned, put together, have not affected the life of man upon the earth as powerfully as has this one solitary life.