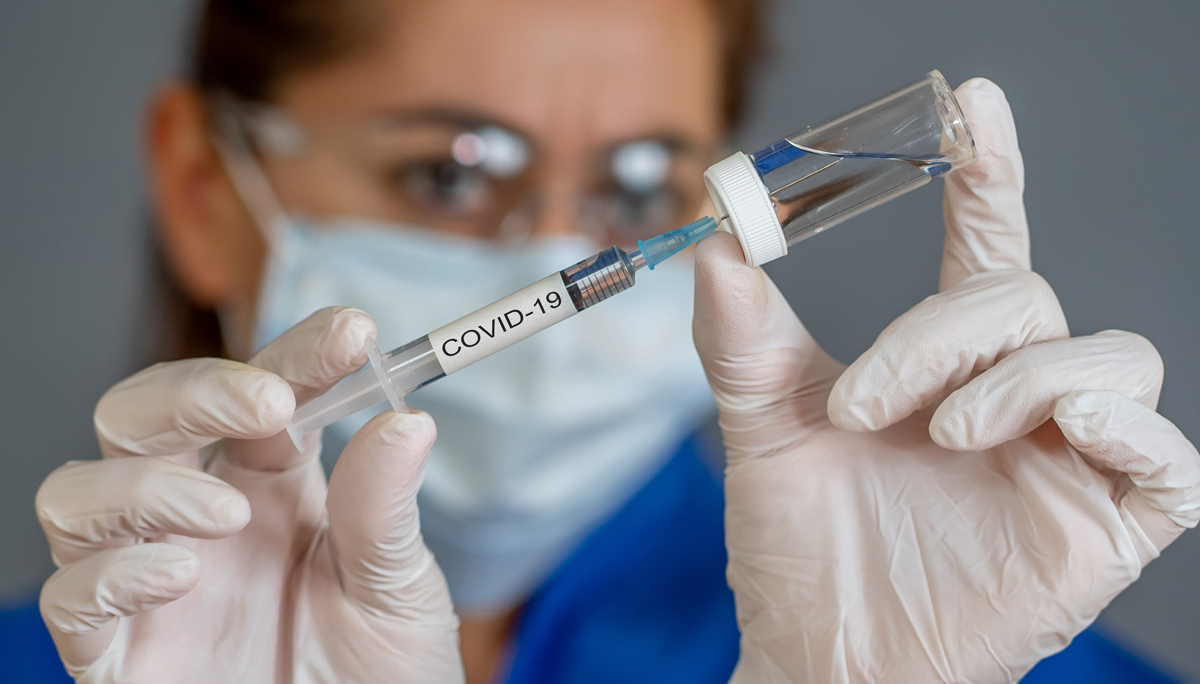 People started getting Pfizer’s COVID vaccine on December 14th. The Moderna vaccine received emergency use approval by the FDA’s vaccine committee on the 15th and will probably be approved by the full FDA by the 18th. The two vaccines fulfill President Trump’s promise of a vaccine by the end of 2020. His promises were disparaged and/or called impossible by the mainstream media, anxious to hate everything President says or does.

Justifiably with the first Americans getting the vaccine, Trump celebrated.

The President predicted this day would come in historically record time. “We’re looking to get it by the end of the year if we can, maybe before,” Trump said at a White House event in May.

Good numbers coming out of States that are opening. America is getting its life back! Vaccine work is looking VERY promising, before end of year. Likewise, other solutions!

ProPublica reporter/ CNN analyst responded to the President’s May tweet with a challenge, which I answered:

I flagged…do you feel stupid?

I am sure she doesn’t feel any more stupid than the MSM gang. Like Jennifer, not wanting the President to enjoy his pending accomplishment, they accused his prediction of being a lie.

Experts say that the development, testing and production of a vaccine for the public is still at least 12 to 18 months off, and that anything less would be a medical miracle.

“I think it’s possible you could see a vaccine in people’s arms next year — by the middle or end of next year. But this is unprecedented, so it’s hard to predict,” said Dr. Paul Offit, a professor at the Perelman School of Medicine at the University of Pennsylvania and the director of the Vaccine Education Center at Children’s Hospital of Philadelphia.

Gee, their prediction of 12-18 off…it took only 7 months from that tweet.

Politifact also got it wrong.

Is the U.S. "very close to a vaccine" for the coronavirus, as President Trump said during tonight's coronavirus briefing?

Public health experts say it could take a year and a half to roll out. https://t.co/ROwjFqp8zB pic.twitter.com/zer1XdVSOQ

Supporting his colleagues, MSNBC’s Kyle Griffin joined in on the Idiocy.

NBC Fact check: Coronavirus vaccine could come this year, Trump says. Experts say he needs a 'miracle' to be right.https://t.co/Pu6hDrWGgP

In November, as two of the vaccines were almost done with their phase 3 trials, NBC doubled-down on their Trump attack, saying:

There is also no evidence that an effective vaccine will be delivered by the end of the year. There are four vaccines currently in clinical trials in the U.S, with the one from Moderna furthest along. But it’s impossible to know if these vaccines will prove effective.

Over at ABC, the story was “the Trump administration’s own medical and scientific experts leading the race to develop a vaccine routinely cast doubt on that timeline.” Eventually, they got to the point where the experts said it might happen:

On Friday, the president tapped Moncef Slaoui, a former pharmaceutical executive, to lead Operation Warp Speed. Even he concedes the goal is formidable.

“Frankly, 12-18 months is already a very aggressive timeline,” Slaoui, the former CEO of GlaxoSmithKline, said in an interview with The New York Times. He said he was in agreement with Dr. Anthony Fauci, the director of the National Institute of Allergy and Infectious Disease, about the challenge that timeline poses.

Still, Slaoui, the former CEO of GlaxoSmithKline, did say mass-producing a vaccine by January 2021 is a “credible objective.” Slaoui maintained he would not have agreed to head up the White House’s effort if he did not think Trump’s goals were attainable.

In August, NPR warned, FDA Adviser: Not Realistic To Expect A COVID-19 Vaccine In 2020. The interview with Dr. Paul Offit included:

Does it seem realistic to have a vaccine before the end of the year?

No, it doesn’t. As it stands right now, the vaccines that we’ve been talking about, which are two-dose vaccines, those phase 3 trials — meaning large, prospective, placebo-controlled trials — just started.

Do you really think NPR cared about what Dr. Offit thought? Or were they trying to subtly slam Donald Trump?

In fact, NPR claimed the President’s prediction was only made for campaign purposes:

The Senate held a hearing today on the development of coronavirus vaccines.

Facing slipping poll numbers, President Trump has in recent weeks escalated promises of a vaccine against the virus to be ready for the public before the end of the year. https://t.co/gQhk1293x6

No one in Trump‘a own government — at least those leading Operation Warp Speed, whom I interviewed — believes that a safe, properly tested coronavirus vaccine will be ready by the end of the year. Amazingly irresponsible for Trump to be touting this in the midst of this crisis.

But that doesn’t explain why Vox reporter Aaron Ruper also got it very wrong:

Trump is now promising that the coronavirus vaccine will be available in “a couple of weeks,” which is the surest indication yet that we’re not close pic.twitter.com/mGftl9bddx

Operation warp speed, President Trump’s program to develop a vaccine by the end of 2020, is another major achievement of the Trump presidency. But the MSM, which spent months doubting President Trump’s promise, will do its best to deny him credit. It’s no wonder why Americans don’t trust the mainstream media.
Parler Facebook Twitter
[mashshare]
You Might Like