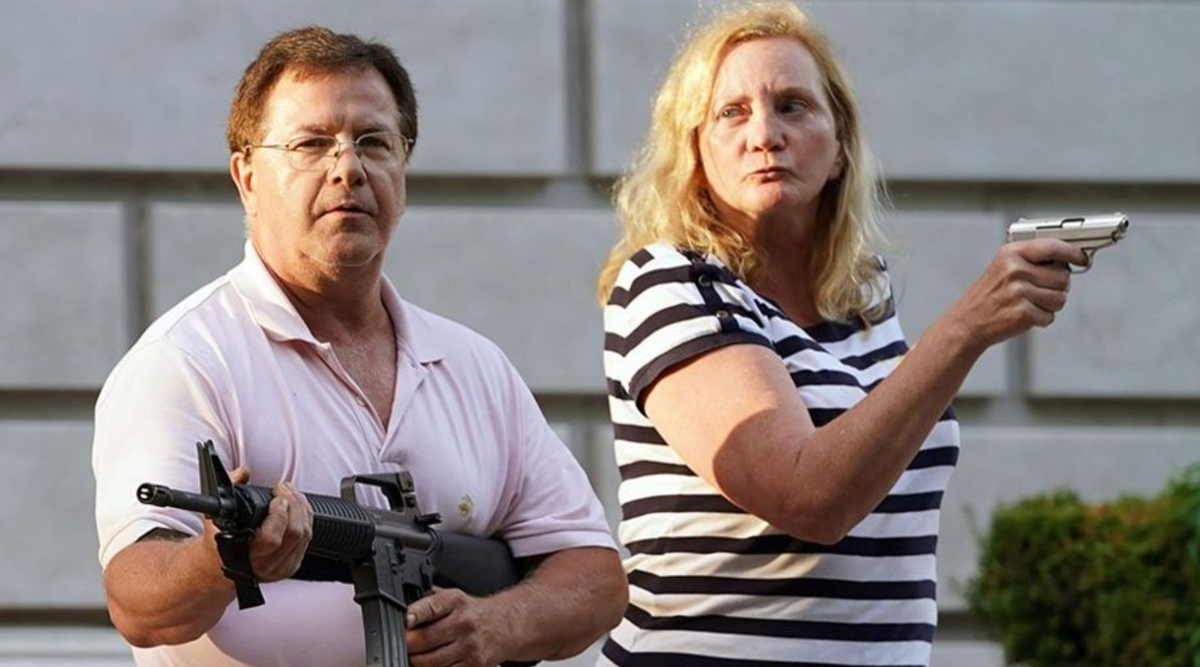 A St. Louis judge has removed corrupt county prosecutor Kim Gardner from the case against Mark and Patricia McCloskey, the pair accused of breaking local gun laws when they tried to protect their home from Black Lives Matter rioters.

You may recall the McCloskys when they emerged from their St. Louis home brandishing their firearms when a large group of Black Lives Matter terrorists broke into their gated community. The two intended to protect their home from the rioters, and with their firearms if necessary. The June 28 incident came on the heels of weeks of Black Lives Matter rioters destroying every big city in the country.

Instead of arresting the rioters, Gardner, the leftist county prosecutor who was bankrolled by anti-American billionaire George Soros, arrested the McCloskeys for defending their home.

The arrest was clearly a political prosecution, not a matter of law. And now a judge agrees.

On Thursday, Judge Thomas Clark disqualified Gardner from the criminal proceedings against the McCloskeys, saying that her behavior violates professional ethics, according to KSDK news.

“Ms. Gardner has every right to rebut criticism,” the judge wrote, “but it appears unnecessary to stigmatize defendant – or even mention him – in campaign solicitations, especially when she purports to be responding to others. In fact, the case law and Rules of Professional Conduct prohibit it.”

“(Gardner) is accountable – not just to the voters, but to the rule of law,” Judge Clark wrote. “The court is similarly obligated to follow the law.”

“These email solicitations aim to raise money using the defendant and the circumstances surrounding the case to rally Ms. Gardner’s political base and fuel contributions,” the judge noted.

“The court is acutely aware and recognizes the significance of the string of supreme court case law, discouraging judicial intrusion,” he added. “This court does not seek to disregard the will of the voters and does not make this decision lightly.”

Mark McCloskey slammed the political persecution in a statement in October.

“What you’re witnessing here in this case is just an opportunity for the leftists, the Democrat government of the city of St. Louis to persecute us for doing no more than executing our Second Amendment rights. Every single human being who was in front of my house was a criminal trespasser.”

“They broke down our gate. They trespassed on our property. Not a single one of them has been charged with anything. We’ve been charged with felonies that could cost us four years of our lives and our law licenses,” the McCloskeys said.