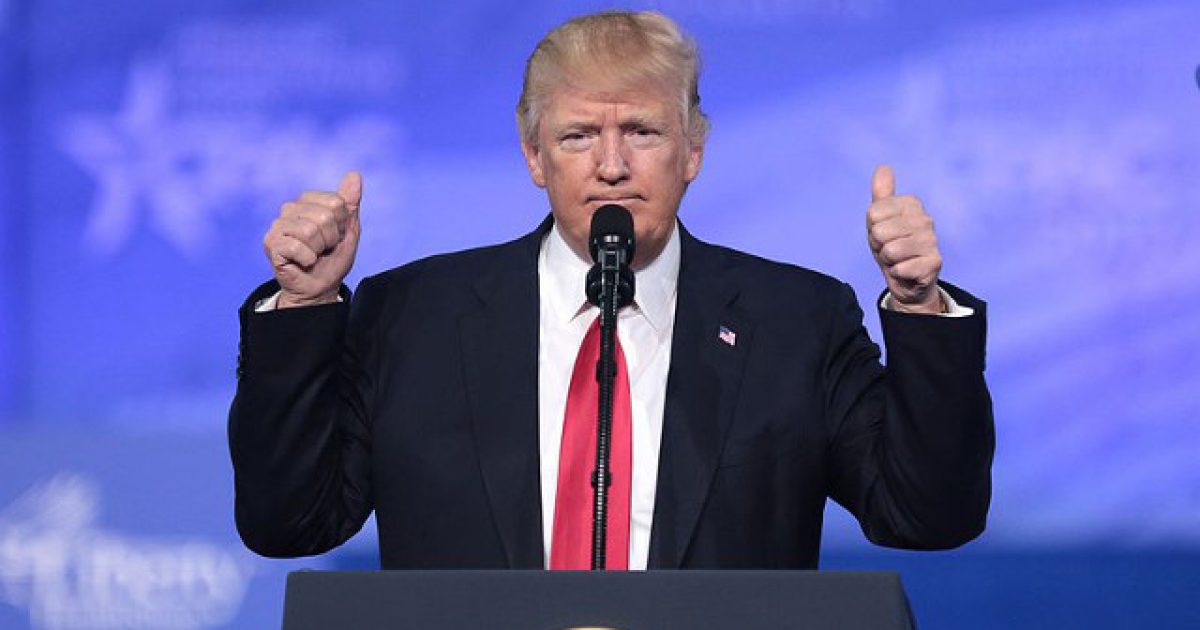 …..Therefore, if the very dangerous & unfair Section 230 is not completely terminated as part of the National Defense Authorization Act (NDAA), I will be forced to unequivocally VETO the Bill when sent to the very beautiful Resolute desk. Take back America NOW. Thank you!

Section 230 of the Communications Decency Act says an “interactive computer service” such as Facebook and Twitter can’t be treated as the publisher or speaker of third-party content. Thus they cannot be sued.

If anything proved that the major social media players act as a publisher and do not deserve the 230 protection is their censorship of conservatives during this 2020 election season. I post this as someone who, along with a few dozen other conservative sites, was thrown into “Facebook jail,” banned from posting on the site from two weeks before election day until Dec.19th. They wouldn’t tell me or the others what our crime was. The only reasonable explanation is B.W.C.–blogging while conservative.

Some of the more famous examples include; Facebook and Twitter suppressed sharing a story about emails obtained from a computer belonging to Hunter Biden, proving a financial relationship between the Communist Chinese with Hunter and lyin Joe Biden. Twitter blocked the NY Post account, which broke the story, and others who tweeted the article.

When confronted by Ted Cruz, Twitter head Jack Dorsey said the Post story was blocked because of Twitter’s hacked materials policy, which supposedly limits the spread of hacked materials. But he admitted that he realizes that the NY Post materials weren’t the result of a hack, and the post was still banned. Dorsey couldn’t explain why the hacked President Trump’s alleged tax returns weren’t blocked, despite that it was an obvious breach of their hacked materials policy. The obvious reason they weren’t blocked because the story hurt President Trump.

As Newsbusters reported, “A video attacking Antifa was removed from the platform because it violated the platform’s “organized hate policy” for featuring an upside-down red triangle (some Antifa groups used the triangle as a symbol). The ad asked supporters “to sign a petition and “stand with your President and his decision to declare ANTIFA a Terrorist Organization.” The ad was removed from both the president’s page and his campaign’s page.

Tim Murtaugh told the Washington Post that the red triangle “is an Antifa symbol,” pointing to examples of iPhone cases and water bottles branded with the symbol and added, “We would note that Facebook still has an inverted red triangle emoji in use, which looks exactly the same, so it’s curious that they would target only this ad.” Sorry Tim, but it’s not curious it’s obvious– Facebook hates conservatives.

President Trump tweets have been continually flagged by Twitter:

….living in the state, no matter who they are or how they got there, will get one. That will be followed up with professionals telling all of these people, many of whom have never even thought of voting before, how, and for whom, to vote. This will be a Rigged Election. No way!

Big voter fraud hearings today in the Great State of Michigan. This election is a far bigger scandal (FRAUD!) than anyone would have thought – not even close. Watch today!

I would put up the lyin Joe Biden tweets that were flagged, but there weren’t any.

And let’s not forget the Project Veritas video from 2019 showing Jen Gennai, the head of Google’s responsible Innovation, admitting they “training” their algorithms” to “prevent” 2016 from happening again.

“Elizabeth Warren is saying we should break up Google. And like, I love her but she’s very misguided, like that will not make it better it will make it worse because all these smaller companies who don’t have the same resources that we do will be charged with preventing the next Trump situation, it’s like a small company cannot do that.”

You ever notice that videos on Facebook showing Joe Biden lying about what President Trump said about Charlottesville were never removed? But the PragerU video reporting the truth of what the President said, and over 100 other PragerU videos were censored by YouTube, which is owned by Facebook.

The above is just a small sample of the reasons these social media giants should lose their protection.

In October, the DOJ filed an antitrust action with the intent of breaking up Google. In all probability, Antitrust may be a better way to go after the biased big tech companies. Removing Section 230 and leaving them vulnerable to lawsuits may cause them to censor even more to protect themselves rather than less. The problem with the Antitrust approach is that if Joe Biden takes over, his DOJ would never try to break up a liberal-leaning company.

In the end, it is doubtful that a Section 230 removal will be added to the defense spending bill. But even if Congress doesn’t add the provision, do not worry about it. I cannot believe that President Trump vetoing a defense spending authorization—rebuilding the military is such a key of his agenda.