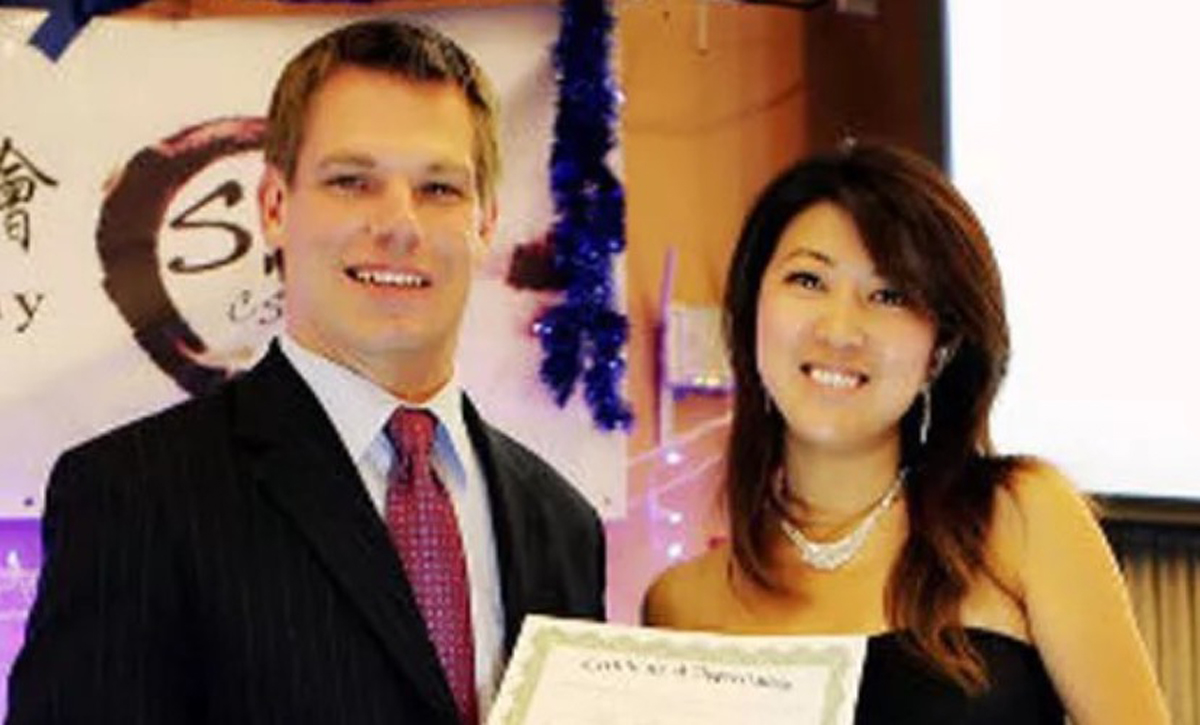 A group of 17 Republicans sent a letter to House Speaker Nancy Pelosi demanding that she remove Rep. Eric Swalwell from the House Intelligence Committee after it came to light that he was tied to a Chinese spy.

“We write to you today out of concern with Congressman Eric Swalwell’s reported, close contacts with a Chinese Communist Party spy recently reported by Axios,” the letter began. “Because of Rep. Swalwell’s position on the House Permanent Select Committee on Intelligence, his close interactions with Chinese intelligence services, however unintentional they may be, are an unacceptable national security risk.”

Last week, news broke that California Congressman Eric Salwell had been cultivated by a Chinese spy who had likely been plying him with sex as well as money.

Shown here: Eric Swalwell posing for a picture with his Chinese communist spy girlfriend. He needs to step down from House Intel until we find out what kind of blackmail material the Chinese communists have on him. pic.twitter.com/DQY5JLk91P

But Swalwell is now on the House Intelligence Committee, exactly where he would be most useful for the red Chinese communists. And the GOP want him taken off that important assignment.

The GOP congressmens’ letter went on to reference the time when Pelosi said former Attorney General Jeff Sessions was “not fit to serve” and called for his resignation after it was claimed that he had met with a Russian.

“By your own standards, Congressman Swalwell is unfit to serve on the Intelligence Committee,” the letter said.

“Obviously, Rep. Swalwell’s interactions with a Chinese spy were more dangerous and unusual than AG Sessions’ meetings with a Russian diplomat,” the letter added. “But to make matters worse, Rep. Swalwell kept this information to himself while repeatedly using his position on [the Intelligence Committee] to peddle damaging and baseless conspiracies about President Donald Trump’s unproven ties to Russia for years and still refuses to comment fully on the extent and nature of his relationship with the Chinese Communist Party spy exposed in Axios’ bombshell report.”

The congressmen urged Pelosi “to immediately remove Rep. Swalwell from his position on the House Intelligence Committee.”