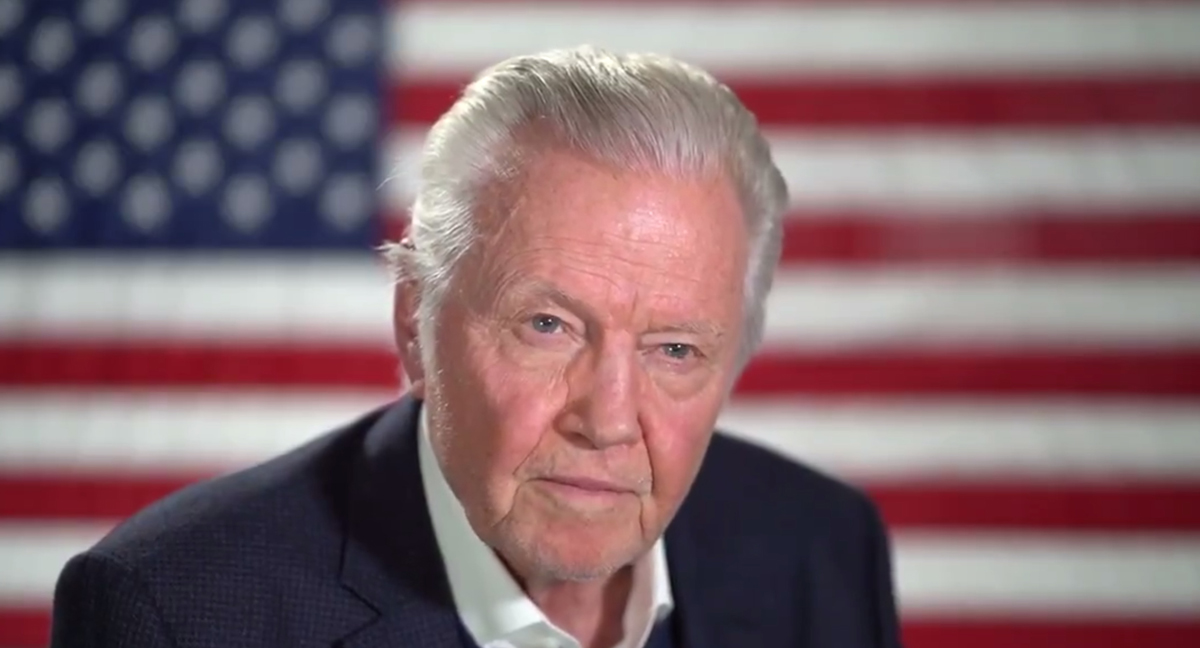 Speaking in front of an American flag in the viral video, the 81-year-old star warns that the country is in a “great danger if we fall under a Biden administration.”

“We’re heading down a street that has no name now. We must not allow our nation to crumble,” Voight begins.

“Let me warn you all that we are in great danger if we fall under a Biden administration,” he says gravely.

Voight adds that Democrats and leftists are responsible for “burning and destroying our cities.”

“I ask all to fight this battle now to get them all out,” he tells his 460K followers. “I have been attacked by my fellow peers saying I am preaching violence, when the truth is they all are. The left are burning and destroying our cities.”

“We are willing to fight for freedom, not freedom to burn down our flag, but to raise her up with the glory of this land of the free,” he says.

“Let the truth show itself that President Trump is the only man that can save this nation,” he continues.

“Our state, California, is being ruled by a leftist mob,” he says. “Governor Newsom is taking away our freedom, your freedom. He is a disgrace to mankind — he and his relative, Nancy Pelosi, who has tried to bring President Trump down. … He is a lie like all the left that are trying to destroy the U.S.A. I ask all to fight this battle now to get them all out.”

Voight urged viewers to join him in praying “in the name of Jesus, Moses, and all saints for their hands of safety to be on us now.”