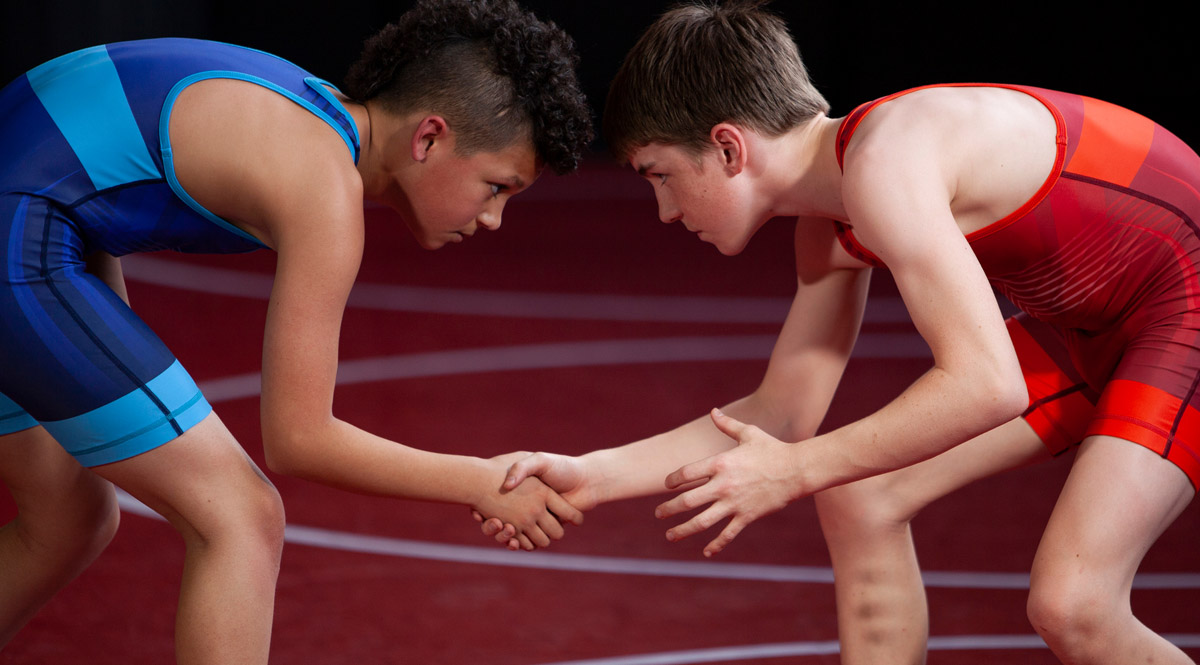 This is how unscientific these coronavirus lockdown rules really are: the new rules in Ohio allows schools to reopen their wrestling programs but bars kids from shaking hands before a match.

What “science” could possibly maintain that a handshake is worse than two wrestlers laying their hands all over their opponents’ bodies??

The Ohio High School Athletic Association released an update to their Coronavirus regulations December 1, including some idiotic rules such as the elimination of athlete handshakes pre-and post-match. Also, officials are barred from indicating the victor of the match by raising the winning wrestler’s hand.

Another idiotic rule bans “fist pumping” over a win.

Other rules are more mundane, including the wearing of masks while in community areas and during team travel, and temperature testing before competition.

But now the new rules state the procedure for declaring a match-winner as:

WLWT-TV added that the OHSAA also requires all student athletes to sanitize their hands before and after warmups, even though they’re not permitted to shake hands.

“Equipment should not be shared. If equipment needs to be shared, OHSAA mandates the proper sanitation between use,” WLWT reported. “Student-athletes must also sanitize their hands before and after warmups, at all timeouts and period breaks any time they leave the competition or practice mats.

This is the arbitrary nonsense of officials who claim to be “following the science.”