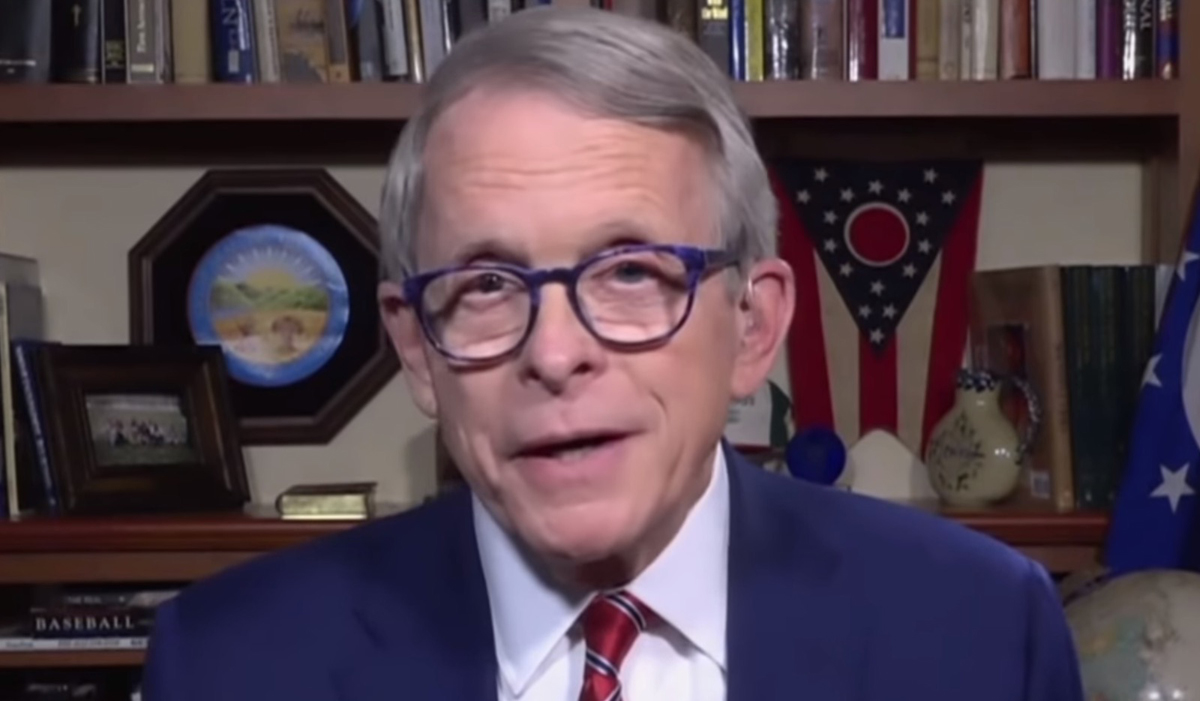 A group of Republican lawmakers in Ohio have filed articles of impeachment against the state’s GOP Gov., Mike DeWine.

The articles filed this week accuse DeWine of abuse of power with his coronavirus decrees and policies, and especially his threat to veto any bill that would limit his emergency powers.

“Governor DeWine‘s mismanagement, malfeasance, misfeasance, abuse of power, and other crimes include, but are not limited to, meddling in the conduct of a presidential primary election, arbitrarily closing and placing curfews on certain businesses, while allowing other businesses to remain open. He weaponized the Ohio Bureau of Workers’ Compensation to bully and harass businesses and the people; to enforce a statewide mask mandate and other controversial measures of dubious ‘value,’ making Ohio a hostile work environment,” Rep. John Becker said in a statement, according to Toledo station WTVG-13.

“Rather than hearing the cries of Ohioans, Governor DeWine continues to stifle those cries by finding more inventive ways to use masks to muffle the voices of the people,” Becker added. “He continues to have callous disregard for the fact that his isolation policies have led to a shockingly high number of suicides, alarming rates of drug abuse, persistently high unemployment, and the forced abandonment of the elderly by their loved ones.”

Along with Becker, the articles were co-sponsored by Reps. Candice Keller, Nino Vitale, and Paul Zeltwanger.

Ohio law maintains that a majority of the House must approve impeachment, and two-thirds of the state Senate must approve of removal.

Republicans hold a large majority in the Buckeye State’s government: 61-38 in the House and 24-9 in the Senate.

Still, it is not clear if Becker and his fellows have the support necessary to impeach and remove DeWine.