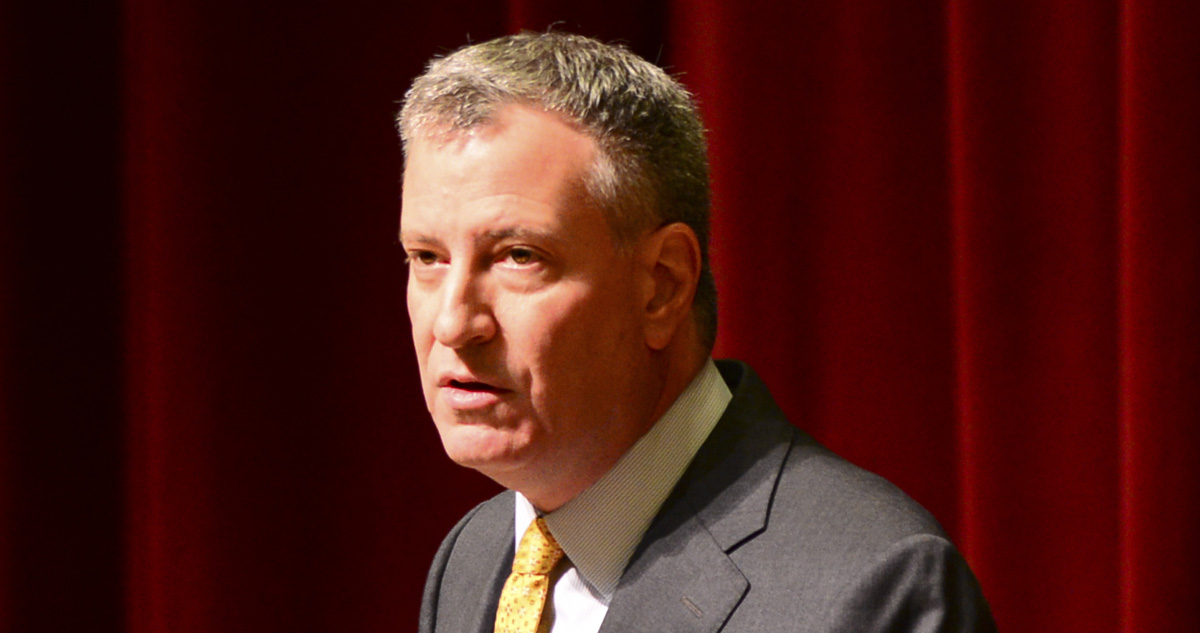 New York City’s socialist Mayor Bill de Blasio has boldly admitted that he sees it as his mission to “redistribute the wealth.”

On Friday, de Blasio exclaimed, “I like to say very bluntly, our mission is to redistribute wealth,” though he added that ‘a lot of people bristle at that phrase.”

The communist de Blasio made his admission during a press conference in which he was bashing the New York Police Department.

“The COVID era has taught us that so clearly, and we need to do better and we will,” de Blasio said. “And that means a commitment to fighting disparities and inequality in every part of the life of New York City and that certainly takes us to education where if you’re talking about the problems of disparity, if you’re talking about structural racism, certainly policing is not the only area to talk about. There are many areas to talk about and education must be front and center.”

“There has been so much that needed to be addressed in education in New York City, and from the beginning, what I tried to focus on was a very simple concept: equity and excellence,” de Blasio continued. “That we needed to profoundly change the distribution of resources.”

“I like to say very bluntly, our mission is to redistribute wealth.” He then said, “A lot of people bristle at that phrase, that is, in fact, the phrase we need to use.”

This is how Democrats are, folks, make no mistake. Whatever you have, they want to take it away to give it to their favorite constituents.

Your property belongs to them… as far as they are concerned.