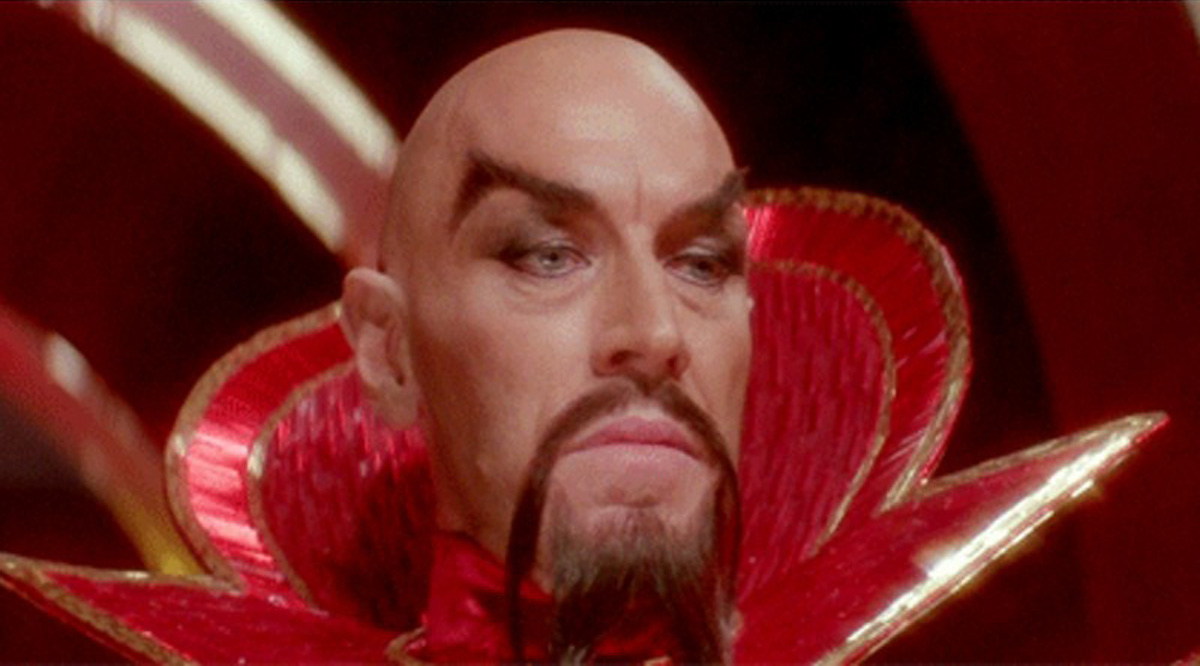 Liberals are now looking to cancel the 1980 camp classic film, Flash Gordon, because the villain, Ming the Merciless, is “racist.”

Leftists are now attacking the film for its “outright offensive” villain. And the British Board of Film Classification is marking the picture starring the late Swedish actor Max von Sydow who is portraying a “discriminatory stereotype” of Ming the Merciless.

The 1980 movie has been reclassified as a 12A , but the British government because it is “dubious if not outright offensive.”

On its website, the BBFC claims: “An alien character is coded as ‘Asian’ due to his hair and make-up, although he is portrayed by a Caucasian actor. ”

“The character derives from the film’s dated source material, but some viewers may find the depiction offensive,” the site says.

BBFC senior policy officer Matt Tindall recently said that Flash Gordon was originally classified A — or advisory — the equivalent of a PG.

“Things we have moved on since 1980 and we had to look at Flash Gordon with fresh eyes. In doing so, we came to the conclusion that for modern audiences its much more appropriately rated 12A than PG.

“Flash’s arch-nemesis, Ming the Merciless, is coded as an east Asian character due to his hair and make-up, but he’s played by the Swedish actor Max von Sydow, which I don’t think is something that would happen if this were a modern production and is something we’re also aware that viewers may find dubious, if not outright offensive.”

“The character of Ming himself of course comes from the Flash Gordon comic strips of the 1930s and let’s just say that attitudes towards the acceptability of discriminatory racial stereotypes have moved on considerably since then, and rightly so, of course.”

“While the presentation of Ming in Flash Gordon, the 1980 film, isn’t what we would consider a category-defining issue, we’re sensitive to the potential it has to cause offence. So we’ve highlighted it…audiences are aware it’s there, and can make an informed decision about whether to watch the film themselves or to show it to their children.”

“This is something we have to bear in mind when we see older films coming in for reclassification; films that might contain discriminatory depictions or stereotypes that are not acceptable to modern audiences – including films where discrimination wasn’t the work’s intent – just a reflection of the period in which it was made.”

The left is now coming for Flash Gordon.