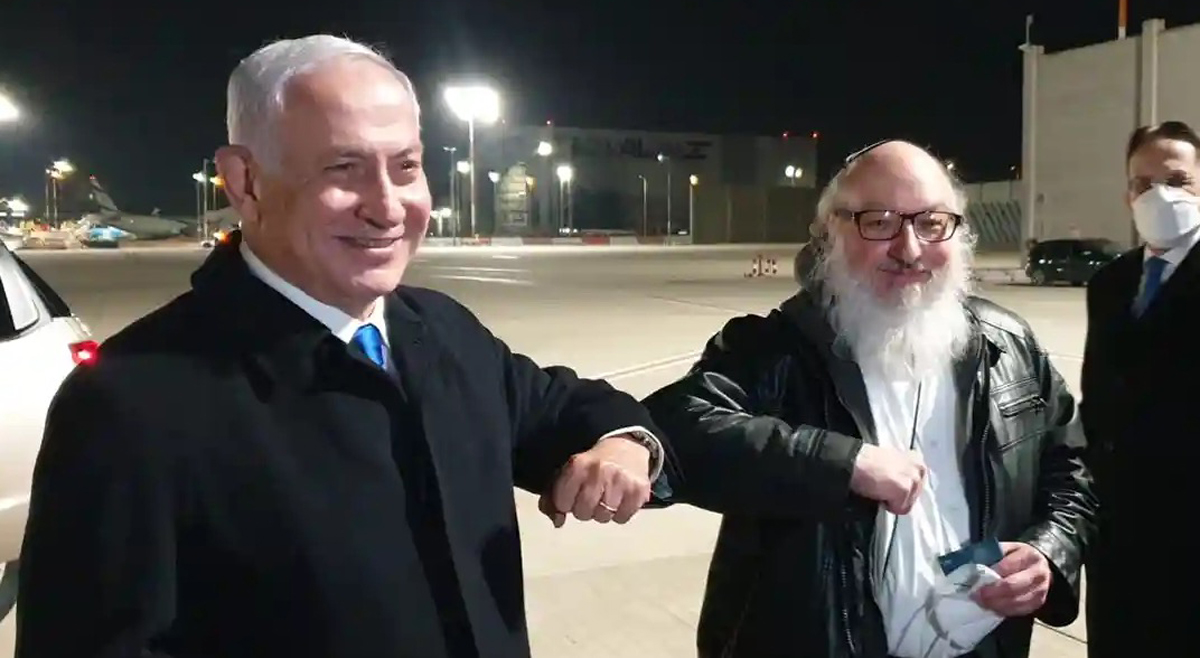 On December 30th, after 35 years of prison and parole convicted spy, Jonathan Pollard arrived in one of the countries he spied for, Israel. After deplaning at Israel’s Ben Gurion airport with his wife, Pollard told the press, “We are ecstatic to be home at last after 35 years.” They were greeted by Prime Minister Binyamin Netanyahu, who presented the couple with Israeli ID cards, granting them citizenship. Instead of greeting the Pollards, Bibi should not have made a big deal about the Pollard’s arrival. Indeed, his imprisonment/parole was way too long. While I’m happy, his too-long prison sentence and parole are finally over. He should be treated as a hero. He should be treated as a mercenary who sold out his country for money. Jonathan Pollard is no hero.

Pollard served longer than any other person had ever been imprisoned for spying for a friendly country. He deserved jail time, not as long as 30 years but still a significant amount of time, based on his betrayal of America. Israel was not the only country he spied for. Many of the details of Pollard’s crimes are still under wraps, but there are things we do know.

Ron Olive, the NCIS investigator who investigated Pollard, in his book “Capturing Jonathan Pollard,” that Pollard did not serve Israel solely. He admitted to passing secrets to South Africa and Australia. When he was arrested, he was shopping his Naval intelligence access to Pakistan and other countries. Pollard was also accused of using classified documents to broker an arms deal with South Africa, Argentina, and Taiwan.

According to the plea deal, Pollard was to plead guilty to one count of “conspiracy to deliver national defense information to a foreign government,” cooperate fully with the government’s ongoing investigation, and promised not to talk about his crimes, the info he passed along, or his case, without first submitting to pre-clearance by the Director of Naval Intelligence.

However, he broke that promise. Three weeks before Pollard’s sentencing, Wolf Blitzer, at the time a Jerusalem Post correspondent, conducted a jail-cell interview with Pollard and penned an article that ran in The Washington Post called, “Pollard: Not A Bumbler, but Israel’s Master Spy.” Pollard gave Blitzer specific details of his crimes and the classified information he provided. This little bit of bragging was a direct violation of his plea agreement, which angered the prosecution and did not help him with the Judge either, as both mentioned what he told Blitzer during the sentencing hearing.

Pollard claimed at his sentencing that nothing he did hurts the United States. Not privy to the classified information associated with the case, I can’t substantiate or eliminate that claim. But I can confirm that he betrayed the trust the American people put in him when he passed along classified information. While that does not meet the legal definition of treason, it certainly was a treasonous act.

He put in more time in jail than he deserved. And there are legitimate claims that the reason he served so long was his Jewish faith. But that doesn’t make him a hero.

Pollard betrayed this country, which gave him and his family so much. I don’t know what brought his family to America. Mine were escaping the Cossacks when they fled from Russia to Galveston, Texas, which coincidentally is where Pollard was born. This country took his family (and mine) with open arms and deserved more loyalty than Pollard gave America.

Other than spying, the only thing he did for the United States is giving credence to the false Antisemitic canard that American Jews have dual loyalty. And his act of disloyalty to America hurt American-Israeli relations, especially in intelligence sharing from the time of his arrest till the Sept. 11th, 2001 attacks on the U.S.

In the interview, he gave Wolf Blitzer three weeks before his sentencing,, Pollard compared himself to Eli Cohen, the Israeli spy who went to Syria, got himself integrated into the Syrian government, and was able to pass on Syrian military positions and other information which helped Israel win the Six-Day War. Cohen was caught by Syria and executed in 1966. Pollard was no Eli Cohen. He didn’t spy for Israel out of an affinity for the Jewish State. He spied for Israel and other countries for money. He wasn’t a patriot for Israel or America. He was simply a crass mercenary, a vendor who sold secrets.

… Marion “Spike” Bowman told NBC News in an exclusive interview that Pollard was much more concerned with his compensation than is commonly portrayed.

“He always wanted money,” Bowman, who served as Pentagon liaison officer to the FBI at the time of Pollard’s arrest and coordinated the investigation of the extent of Pollard’s spying, told NBC News. “At one point, he argued with his Israeli handler about a $1,000 a month raise, citing the chances he was taking.”

Bowman said Pollard received an estimated $50,000 from his Israeli handler during his two year career as a spy.

“(He) was well-compensated – demanded it,” he said.

His motivation couldn’t have been loyalty to Israel because if that was his reason, then Pollard had the same loyalty to South Africa, Australia, and Pakistan. He should not be considered a hero here in the U.S. or in Israel.

If I were Netanyahu, I would consider Pollard an embarrassment who should be swept under the rug as soon as possible. But he was given a hero’s welcome.

Despite the way our Democratic party leaders have eroded our freedoms here in America, this is still the world’s freest and welcoming country. They took my grandparents in (legally) when they needed refuge and treated us very well. And for all of its faults, I happen to love this country and believe that it is still the freest nation on the face of the earth. I also assert that others who live here should love America much as I do. THAT is why I criticize Pollard and why I could never consider him a hero.