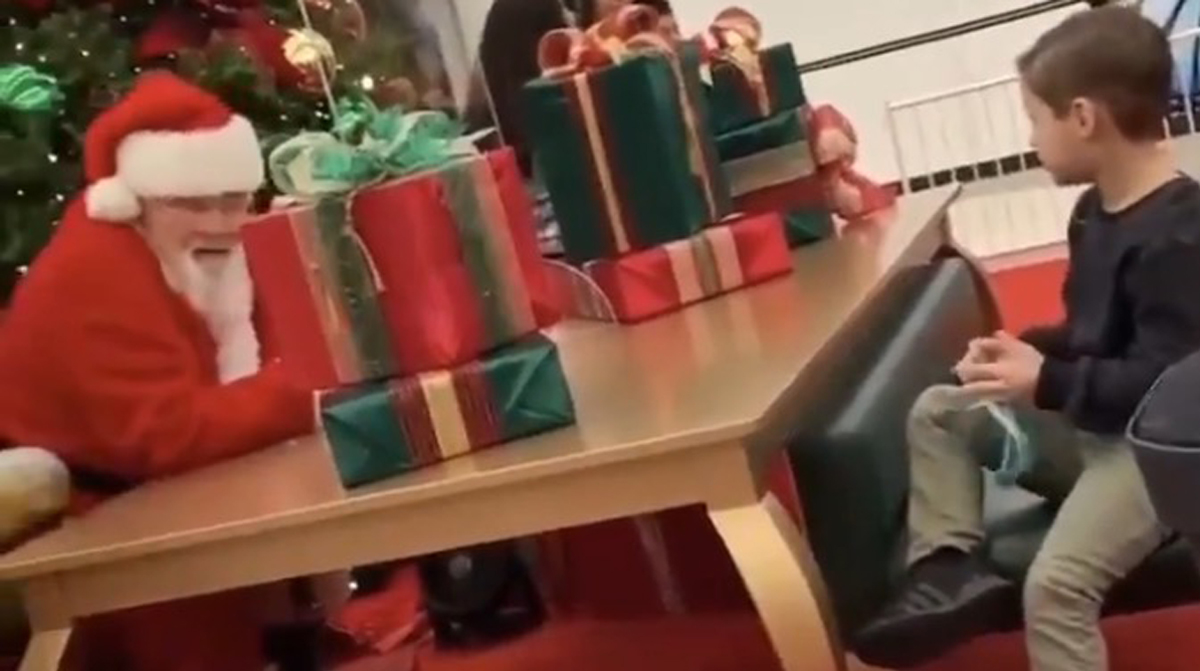 A left-winger posing as a store Santa made a little boy cry when he blithely told the kid he would not get a Nerf gun for Christmas.

“No guns,” this Scam-ta Clods told the little fellow. “Nope, not even a Nerf gun,” he harshly added.

I would have been screaming at him and demanding to see a manager if he had sent my son into tears like that.

In the video posted to social media, you can hear the boy ask for the foam-shooting toy blaster only to be slapped down by no less than Santa Claus! And this idiot poser didn’t even soften his stance when the boy’s mother tried to explain how harmless a Nerf gun is.

As soon as this Grinch finishes dashing the kids Christmas dreams, the boy turns to his mom and breaks out in tears. 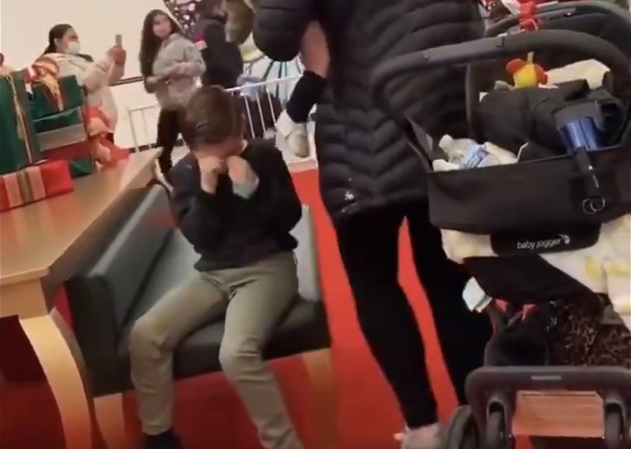 This dope posing as Santa seems to begin to get how badly he handled the situation and tries to fix things by telling the boy that maybe his dad can get the Nerf toy.

“If your dad wants to get it for you that’s fine, but I can’t bring it to you,” this Grinch blurted out. “What else would you like? Lots of other toys: Legos, bicycles, there’s cars and trucks. What do you think?”

Sorry, Scamta. Too little, too late.

The kid isn't crying because he didn't get a toy, he's crying because Santa Himself told him that he's not going to buy him something as innocuous as a Nerf gun. Just more social indoctrination starting earlier and earlier. The mom should've let "Santa" have it.

I dont agree with cancel culture, but in this case, that Santa needs a good firing. At the stake. With nice dry wood.

Rather than being a douchebag, all he had to do was tell the kid he's having trouble finding those and that he'll see what he can do. He still gets to be clown and deny the kid, but the kid likely walks away without bursting into tears.

I would have been screaming at him and demanding to see a manager if he had sent my son into tears like that.

We have not been able to confirm this, but according to music video director Robby Starbuck, this mall Santa has since been fired.