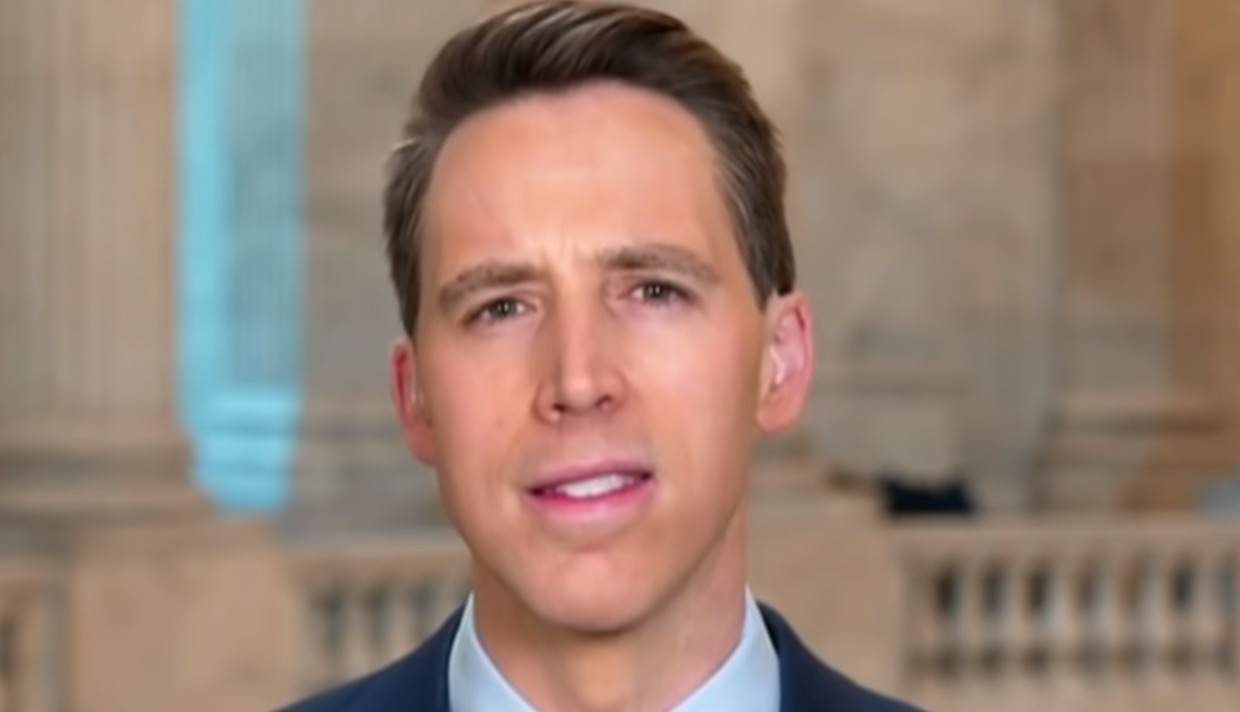 Republican Senator Josh Hawley of Missouri said on Wednesday that he will join several House Republicans in protesting the results of the 2020 election that would make Joe Biden the president of the United States.

The results of the Electoral College are to be entered into the record on Jan. 6, and if it goes uncontested, Joe Biden will be certified as the next president. However. if it is contested, that sets in motion a series of re-certifications. The process cannot be started, though, unless a U.S. Senator must register his complaints.

On Wednesday, Hawley told his constituents he will file his complaint.

In his news release, Hawley said he will object “to highlight the failure of some states, including notably Pennsylvania, to follow their own election laws as well as the unprecedented interference of Big Tech monopolies in the election.”

Hawley added he will “call for Congress to launch a full investigation of potential fraud and election irregularities and enact election integrity measures.”

Millions of voters concerned about election integrity deserve to be heard. I will object on January 6 on their behalf pic.twitter.com/kTaaPPJGHE

After the Sen. posted his email, the official Walmart account called him a “sore loser.” 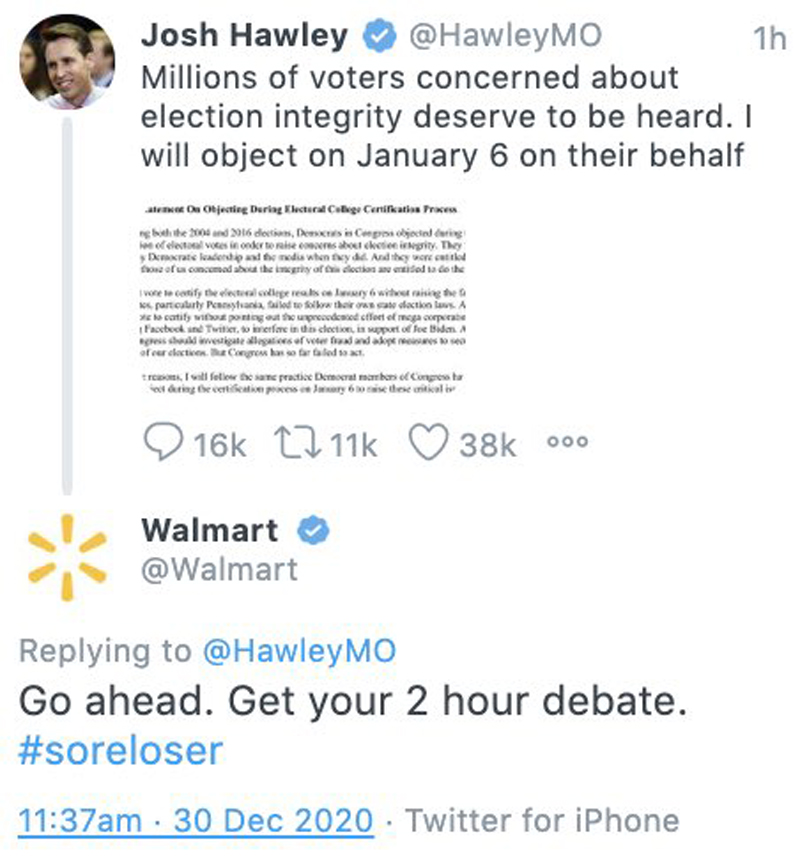 Hawley quickly struck back, though, saying, “Thanks ⁦@Walmart for your insulting condescension. Now that you’ve insulted 75 million Americans, will you at least apologize for using slave labor?”

The Sen. also added: “Or maybe you’d like to apologize for the pathetic wages you pay your workers as you drive mom and pop stores out of business?”

Walmart quickly apologized and deleted the tweet and claimed it “was mistakenly posted by a member of our social media team who intended to publish this comment to their personal account.”

“We have removed the post and have no intention of commenting on the subject of certifying the Electoral College,” the company added. “We apologize to Senator Hawley for this error and any confusion about our position.”

Anti-Israel Malley May Be Joining Biden As Special Envoy To Iran: ‘Uncle’ Yasser Arafat Would Be So Proud
January 20th, 2021 The Lid