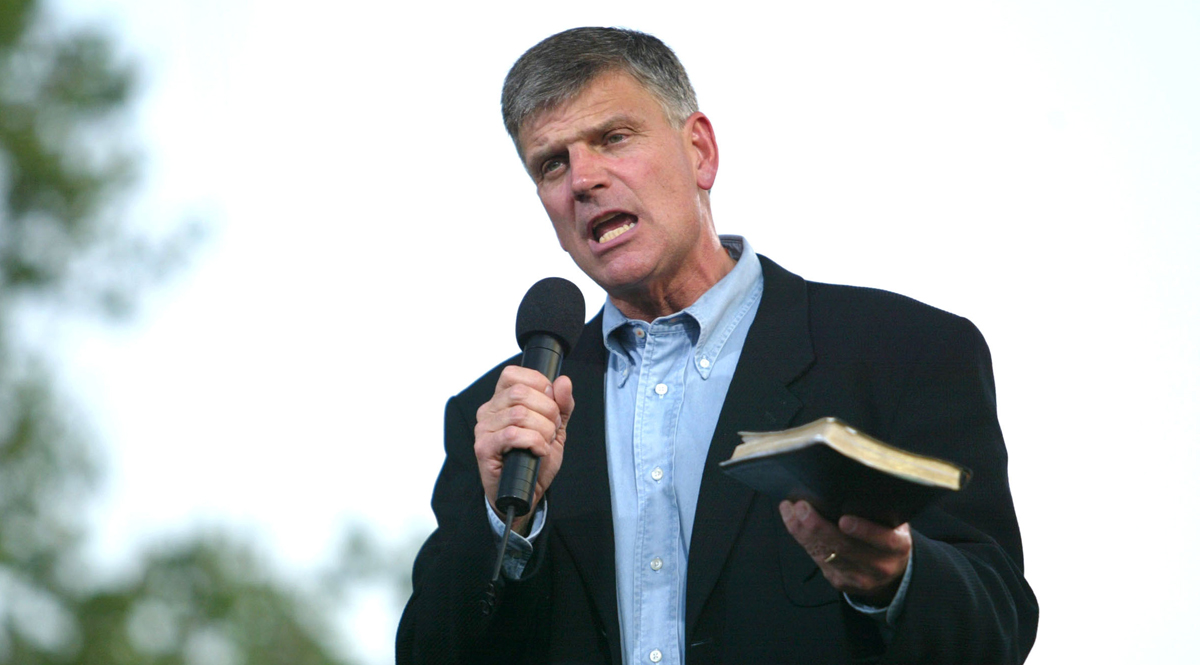 Franklin Graham, one of the nation’s leading evangelical pastors and son of Billy Graham, is urging Georgians to vote for the two Republican candidates in Georgia’s runoff elections to “save the soul” of the country.

Sitting U.S. Senators David Perdue and Kelly Loeffler are running to retain their seats in the upper chamber on Jan. 5, and Graham says that if those seats go to the pair’s Democrat opponents, it will seriously harm the country.

Graham is warning Georgians against voting for the anti-American Jon Ossoff and Raphael Warnock.

“Christians who believe the Bible and live in Georgia—the soul of our nation is at stake. I ask you to rally God’s army to PRAY and VOTE in this run-off for the Senate. Please encourage your family, your friends, your community to pray and to vote. If conservatives lose control of the Senate, there is nothing to stop the radical agenda of the left. There will not be another chance to get this right. The nation is depending on you,” Graham wrote in a Monday Facebook post.

“Why are these two seats so important? The control of the U.S. Senate is at stake. The Senate is the last line of defense to block the radical, wicked agenda that is trying to take control of our nation. These two seats will determine whether liberal socialist-leaning progressives OR conservative lawmakers have a majority. The policies supported by those on the left promise to be openly hostile to those who hold Christian beliefs,” Graham continued.

Graham said liberals in charge would also probably pass the Equality Act, which gives special federal protections for people based on their perceived gender rather than biological sex and would also threaten religious liberty.

“Friends, this is dangerous. This would change our nation at its very foundation—and yes, it would also greatly change your everyday life. It will vastly alter the America that we leave for our children and grandchildren,” Graham said.

Graham said Christians in Georgia should vote, and Christians living in other states should pray for the runoff election “before it’s too late.”

Christians who believe the Bible and live in Georgia—the soul of our nation is at stake. I ask you to rally God’s army…