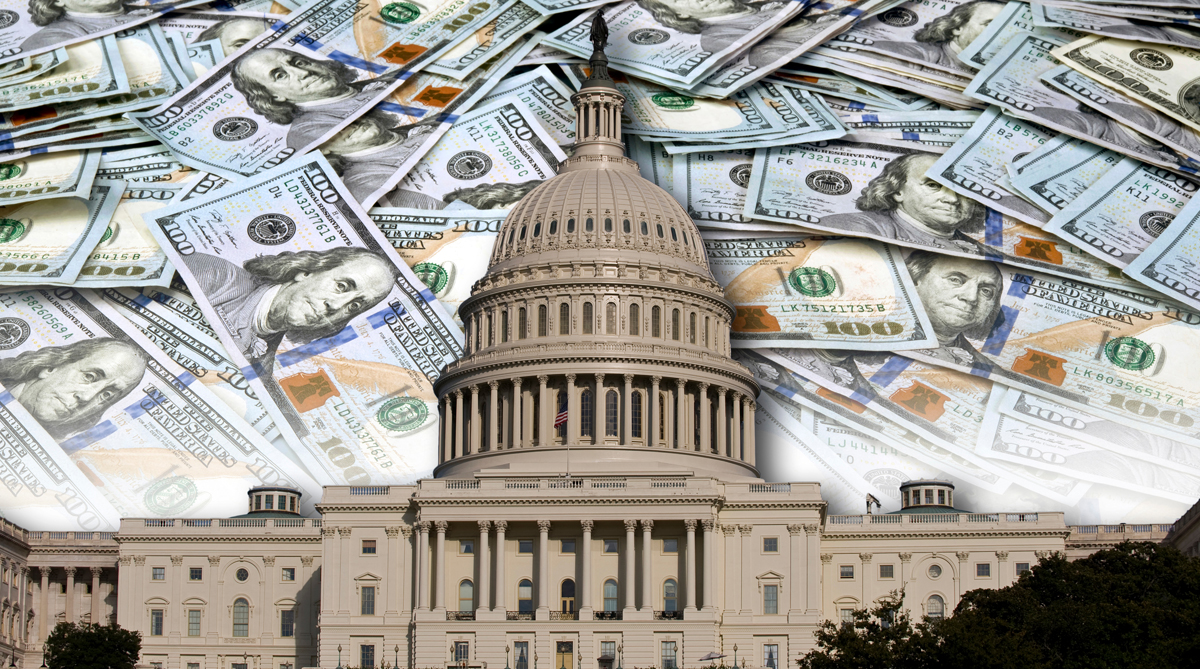 If you want to know why this country in financial trouble, all you need to know is that 20 federal agencies have now admitted to making $2.3 trillion in improper payouts just since 2004.

Federal law defines the term “improper payment” as “a payment made by the government to the wrong person, in the wrong amount, or for the wrong reason.”

A recent Open The Books report reveals just how bad our government is at making proper payments:

5. Ancient Americans: Six million Social Security numbers are active for people aged 112+; however, only 40 people in the world are known to be older than 112 years of age.

9. Purchasing Power: What can $175 billion buy? Last year, the federal government wasted the equivalent of a full year of all federal salaries, perks, and pension benefits for every employee of the federal executive agencies. A stunning example of institutionalized incompetence.

Here are the ten worst offending agencies and departments: 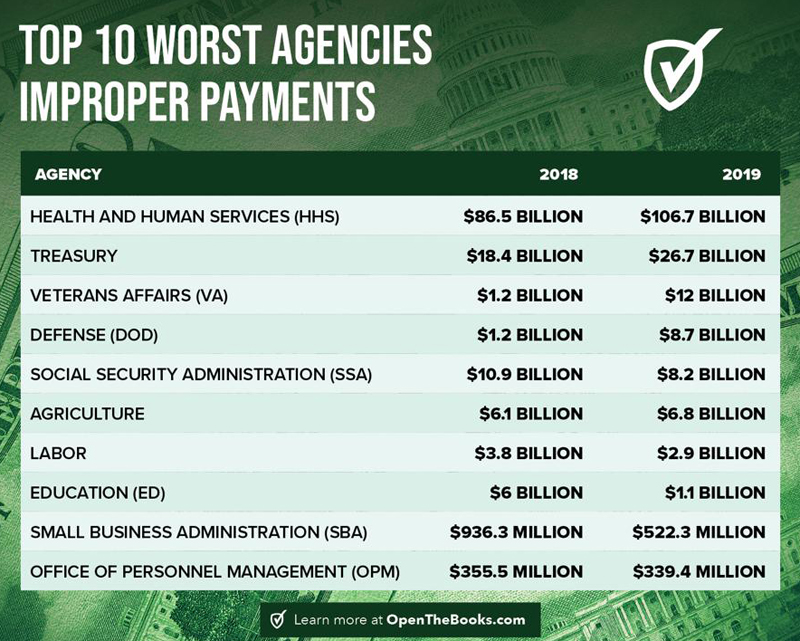