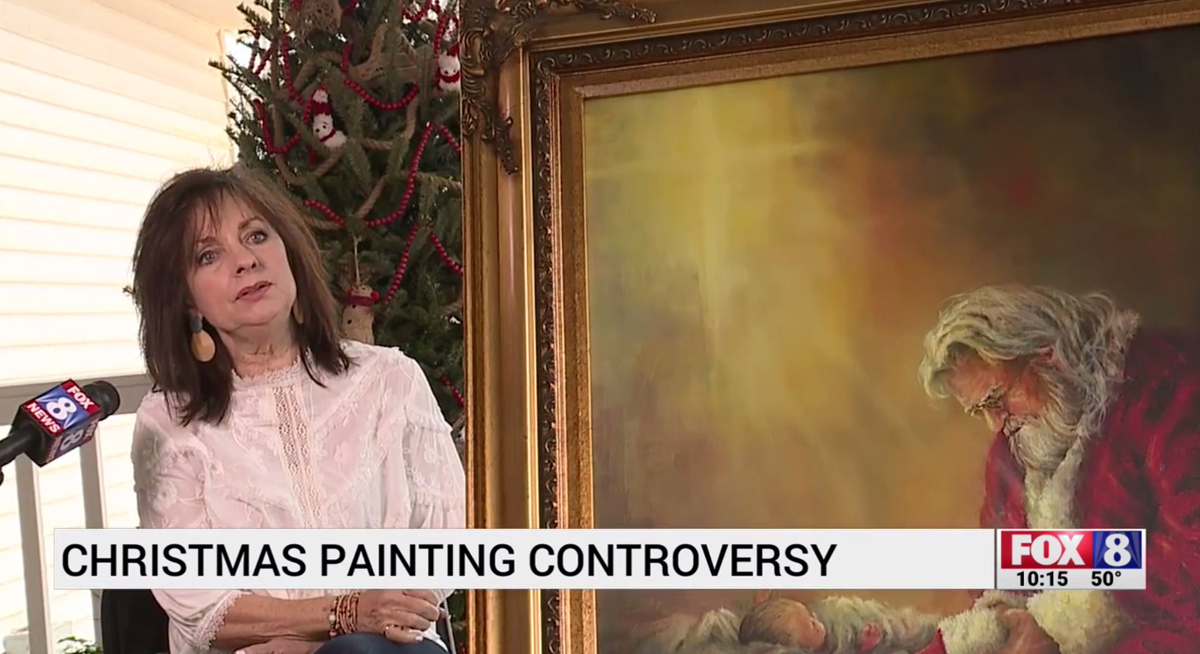 Facebook is at it again with its anti-western, anti-religious “rules,” this time blocking an image of Santa Claus and baby Jesus because the social media giant deemed it “violent.”

Artist Gaye Frances Willard was shocked to find that a painting she created was marked as “violence” by Facebook. Everyone else should be, too, because the painting that Facebook blocked was of Santa Clause and baby Jesus.

Firstly, here is the painting: 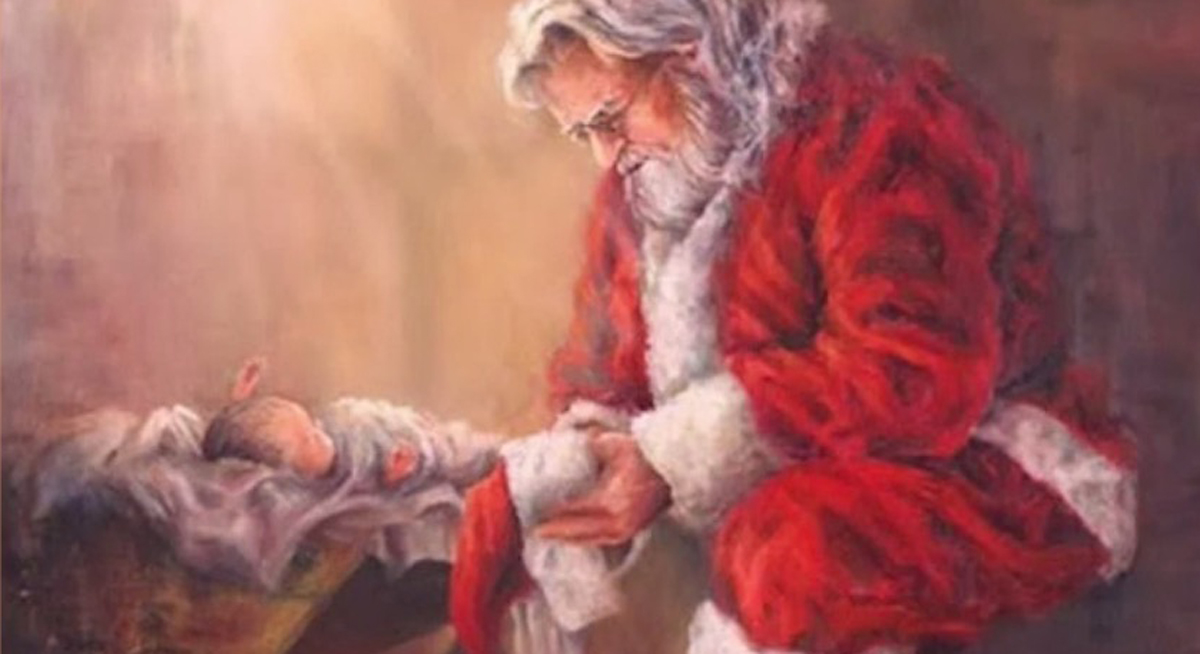 How can anyone call that “violence”?

Willard told Fox News 8 that in 2009 she made that one for herself, not a client.

“When I did that one, I wasn’t really thinking about what anybody else would think because I did it for me,” Willard told the news outlet.

“I intended to paint a cross in this particular painting, but I did it in the shape of a star, because I think the cross and the message of the cross is central to the Christmas story,” she said. “When I walked back into the room, where it sat on the easel, I immediately saw another cross that I did not intend to be there, and it is perfectly positioned at the feet of Jesus.”

It wasn’t long before the painting became a favorite to be shared on the Internet around Christmas time. But she also discovered that Facebook was clocking the painting.

“I started hearing from other people who had shared it and said they weren’t able to share it, it’d been blocked,” Willard said.

“And they blocked it for violent content. That’s what it said,” Willard said.

So, why is it being blocked? Willard thinks it’s because hate-filled atheists keep reporting it. But she was also told that the “Facebook algorithms” are responsible for blocking it.

Whatever the fake reason, it is illegitimate. There is nothing whatever “violent” about this image.