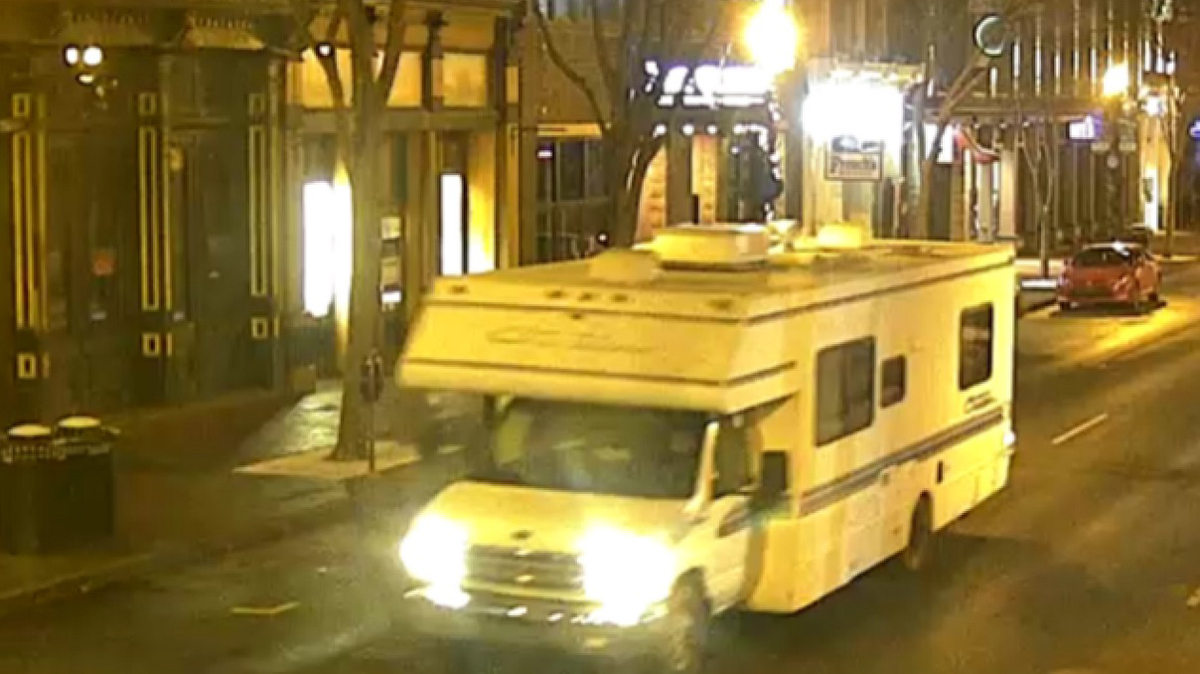 The explosion that rocked a mostly empty street in downtown Nashville, Tennessee, early on Christmas Day seems to be both intentional and meant to limit casualties, officials say.

The bomb went off at around 6:30 a.m. on Friday in what FBI and local officials confirmed was an “intentional act,” Fox News reported.

MNPD, FBI & ATF investigating the 6:30 a.m. explosion on 2nd Ave N linked to a vehicle. This appears to have been an intentional act. Law enforcement is closing downtown streets as investigation continues. pic.twitter.com/YOfMTaKmTH

According to authorities, gunfire was heard ahead of the bomb blast outside an AT&T building in Nashville’s downtown area between First and Second Avenues. The shots fired call came in about an hour before the blast.

Once police arrived on the scene, officers heard a loudspeaker blasting a message from a van warning, “If you can hear this, evacuate now.”

Surveillance video of the explosion seems to reveal the pre-recorded message warning people to evacuate the area:

Police began going door-to-door to alert people to flee the area before the blast went off. At least two officers were injured by the bombing, one slightly and a second experiencing hearing loss.

The early timing of the explosion coupled with the pre-recorded warning shows that the event was planned to keep casualties to an absolute minimum and result mostly in property damage, as opposed to death.

The Nashville police immediately brought bomb-sniffing dogs to the area to look for more bombs, but none was found.

NEW: Authorities are searching downtown Nashville with bomb dogs "as a precaution" following this morning's explosion.

"We don't feel there's any concern in the downtown area of anything else right now." https://t.co/6aOkFeKl7x pic.twitter.com/qOQOLnlolH

“We’re putting everything we have into finding who was responsible for what’s happened here today,” FBI Assistant Special Agent in Charge Matt Foster said during a press conference. Nashville Police Chief Drake added that his investigators “don’t feel there’s any concern to the downtown area” anymore.

There have been no casualties reported by local hospitals.

NBC noted that President Trump is being kept informed about the investigation:

Damage surveyed after an explosion in downtown Nashville on Christmas morning.

Video makes the street at ground zero of the blast look like a war zone:

Footage from the scene on 2nd Ave North as multiple agencies continue to work and investigate an explosion from earlier this morning. pic.twitter.com/5g40RhwNNl

Nashville Democrat Mayor John Cooper is already taking heat for joking about the incident. Cooper told the media that authorities were on the scene to “make sure this is the only explosion that’s gonna happen in Nashville today,” and then laughed that the gushing water mains lend a dramatic flair to the scene.

The Nashville Police also released a photo of the RV that they think was used to transport the bomb to ground zero.

BREAKING: This is the RV that exploded on 2nd Ave N this morning. It arrived on 2nd Ave at 1:22 a.m. Have you seen this vehicle in our area or do you have information about it? Please contact us via Crime Stoppers at 615-742-7463 or online via https://t.co/dVGS7o0m4v. @ATFHQ pic.twitter.com/JNx9sDinAH

Finally, the latest news as of Friday evening was that authorities may have found human remains near the RV that contained the bomb. There is no way to know if the remains are that of some unlucky bystander who tarried next to the vehicle too long, or is the bomber himself.

“We have tissue that we believe could be [human] remains and we’ll just have that examined.”

Metro #Nashville Police said that they found possible human #remains at the #explosion site and that the motive behind the incident is still unclear.https://t.co/40EWo9FOTp