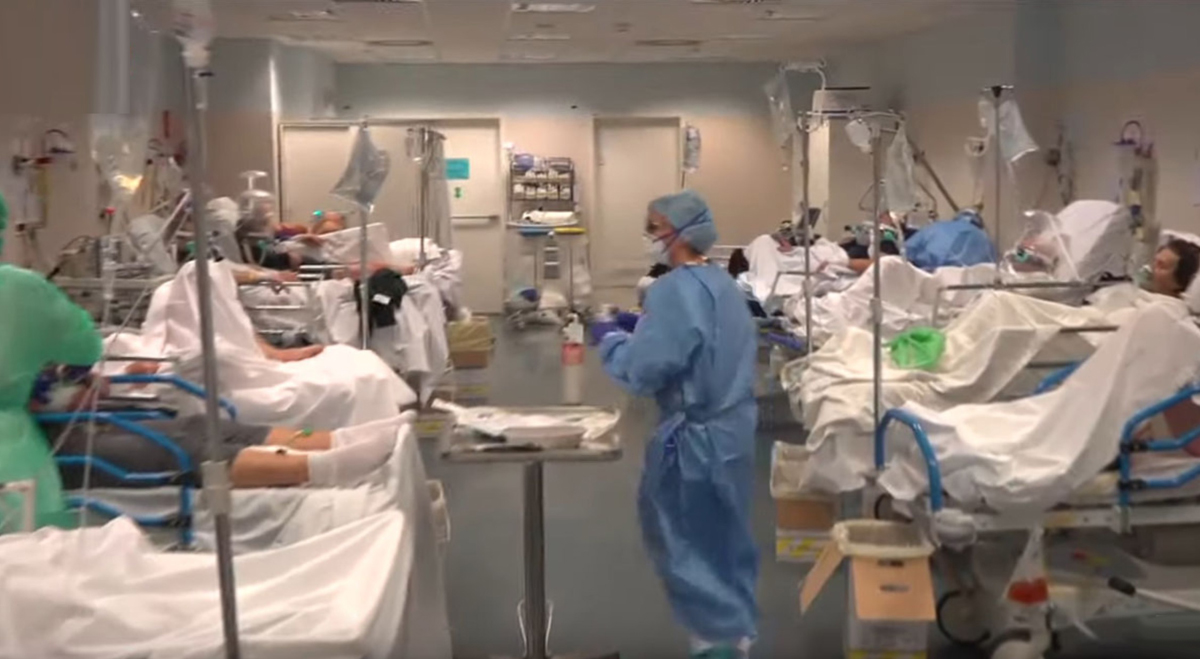 The left-wing media has been claiming that U.S. hospitals are being overwhelmed by victims of the coronavirus, but the data does not seem to support that claim.

Indeed, according to JustTheNews, the American medical system is “managing pretty well.”

Throughout this coronavirus hysteria, the media has constantly claimed without evidence that the hospitals are, or might, or could, be overwhelmed. But thus far those claims have all been fake news.

Indeed, many of America’s biggest cities quickly created special overflow facilities to handle the expected onrush of patients. Authorities looked to Italy when its hospitals became overwhelmed briefly. It was worried that this may happen in the US. But all the special facilities were closed only months later without taking many… and in many cases any … patients.

Millions and millions of dollars were wasted on these facilities in cities all across America.

But with a new wave of the virus, the media has once again begun claiming that American hospitals are on the verge of collapse.

The claims are bunk.

Yet federal government data compiled from state-level reports suggests that hospitals nationwide have considerable space left to deal with both routine medical issues and COVID-19 patients.

The Department of Health and Human Services offers on its website estimates of hospitalization rates across the United States. The data, the department says, is “estimated from hospital submissions, either reported through their state or reported through HHS Protect,” which the department describes as “a secure data ecosystem … for sharing, parsing, housing, and accessing COVID-19 data.” (HHS did not respond to queries about any limitations or caveats to the data.)

The HHS numbers belie forecasts of impending collapse of the U.S. medical system. As of Saturday, the department estimated that hospitals nationwide were at about 75% capacity. ICU beds were even lower, at 63.5%. Patients who had tested positive for COVID-19 occupied just under 15% of all beds nationwide.

Even in areas that are suffering higher rates of the “second wave,” the hospitals are not overwhelmed.