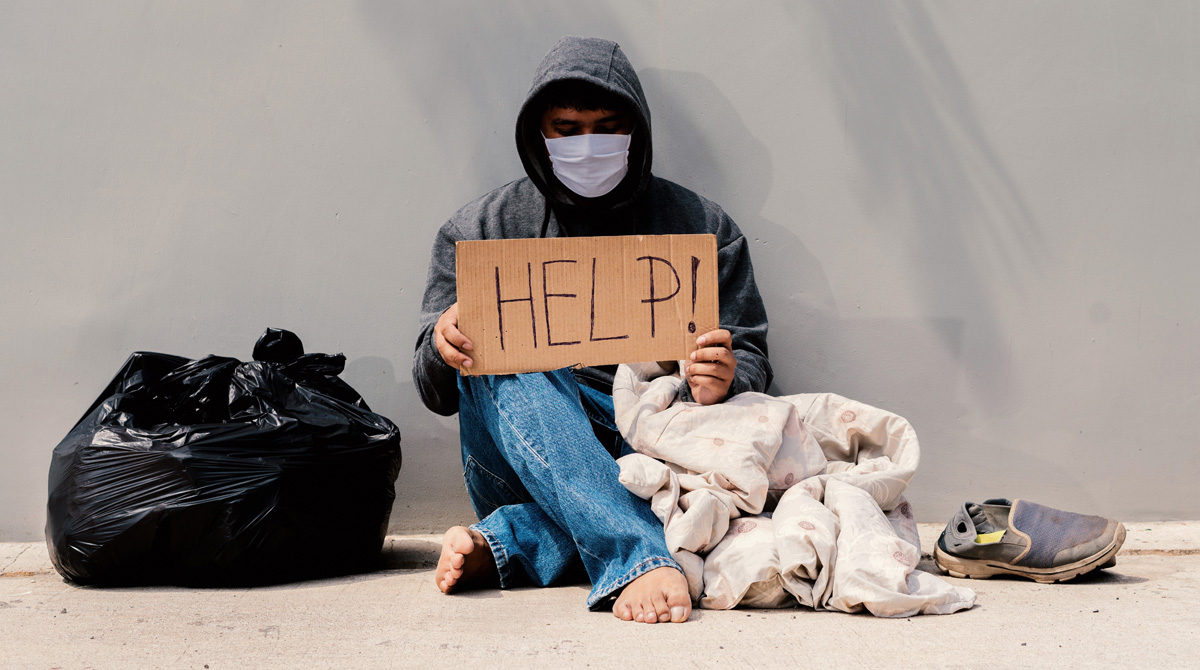 The coronavirus lockdowns imposed upon the nation have forced eight million Americans into poverty, a report finds.

The poverty rate has soared thanks to the useless lockdowns, with the poverty rate jumping 11.7 percent in November, up 2.4 percentage points since June, according to the Greenwich Time.

The lockdowns caused the poverty rate to rise quickly, too.

While overall poverty levels are low by historical standards, the increase in poverty this year has been swift. It is the biggest jump in a single year since the government began tracking poverty 60 years ago. It is nearly double the next-largest rise, which occurred in 1979-1980 during the oil crisis, according to James X. Sullivan, a professor at Notre Dame, and Bruce D. Meyer, a professor at the University of Chicago’s Harris School of Public Policy.

Sullivan and Meyer created a Covid-19 Income and Poverty Dashboard to track how many Americans are falling below the poverty line during this deep recession. The federal poverty line is $26,200 for a family of four.

The lockdowns have eliminated millions of jobs forcing these Americans out of work.

“We’ve seen a continual rise in poverty every month since June,” Sullivan said.

Households with children have also seen a larger-than-average increase in poverty (up 2.9 percentage points since June) as many parents have struggled to go back to work while their kids participate in virtual schooling from home. About 2.3 million children under 17 have fallen into poverty since June.

With leftists pushing for more lockdowns, you can bet that this is not the first time that the poverty rate will climb.

Only Democrats can take the best economy in American history a turning it into the worst poverty in decades.