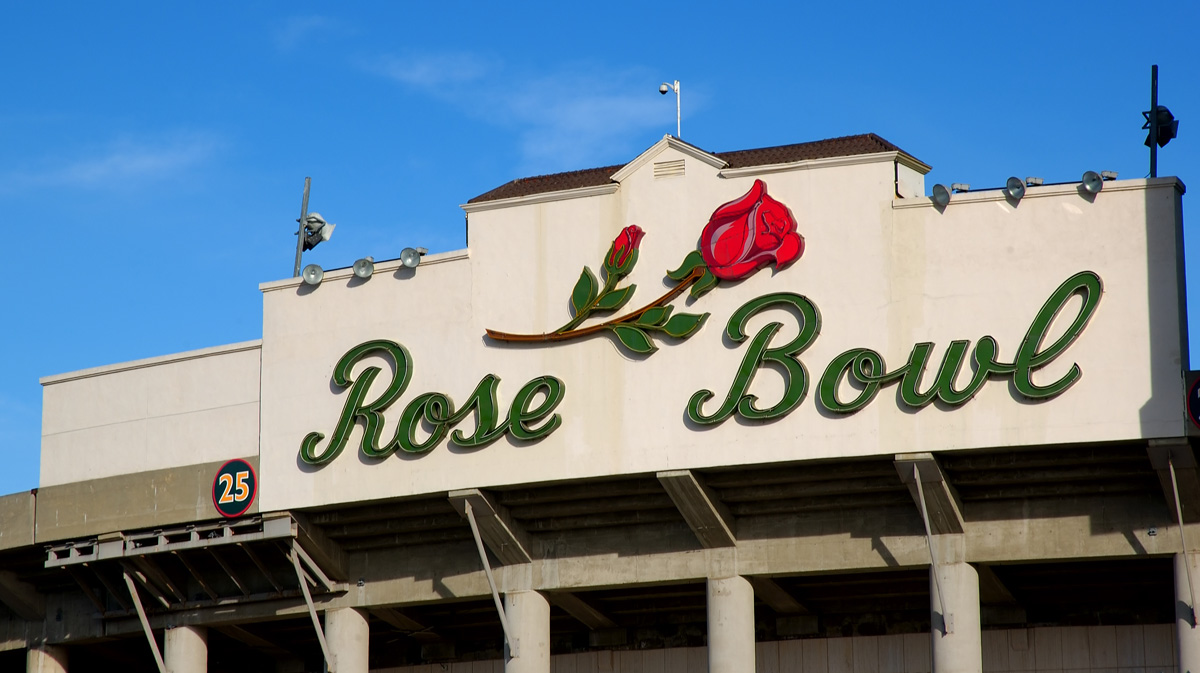 One of college football’s most prestigious games, the Rose Bowl, is fleeing California for Texas because of the state’s draconian coronavirus lockdowns.

The Rose Bowl has been played in Pasadena, California, since 1902, but now, thanks to the Democrats, the game is fleeing its California home for the Lone Star State.

So, why is the Rose Bowl hitting the road? Because California won’t allow spectators due to its draconian coronavirus lockdowns.

“The game in Dallas will still be played in the mid-afternoon window on New Year’s Day. We are pleased that parents and loved ones will now be able to see their students play in the game,” College Football Playoff executive director Bill Hancock said, according to the Associated Press.

The move came on the heels of complaints that the families of the student athletes won’t be able to see the games.

With the pressure on, the administrators of the Rose Bowl asked the state for an exemption to allow them to play the games in front of spectators. But it was a no go.

According to reports Saturday, the Tournament of Roses had asked state health officials to allow 400 to 500 spectators in the 95,000-seat stadium.

“We know that the decision was not an easy one to make,” David Eads, CEO and executive director of the Tournament of Roses, said in a statement. “While we remain confident that a game could have been played at the Rose Bowl Stadium, as evident in the other collegiate and professional games taking place in the region, the projection of COVID-19 cases in the region has continued on an upward trend.”

Fittingly, there was only one Rose Bowl game played outside of Pasadena in its entire 104-year-old history. The game in 1942 was played in Durham, North Carolina, because authorities were afraid that the Japanese might attack. It was World War Two, after all.

And now the Rose Bowl understands that war is being perpetrated against it , this time by Democrats.