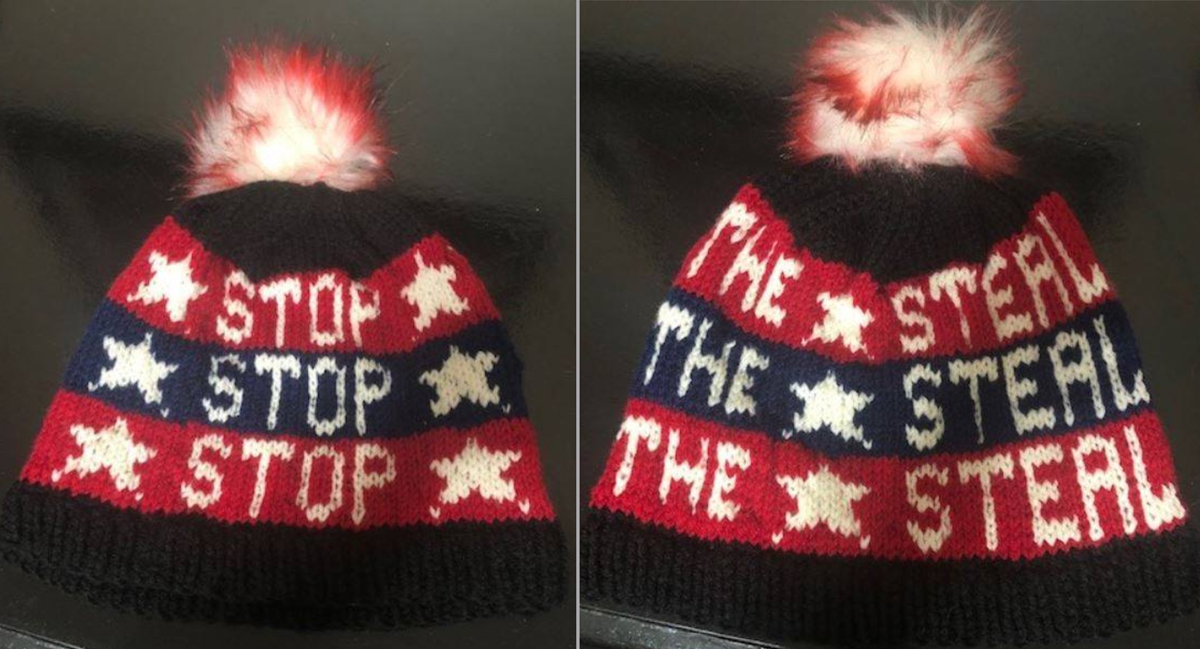 Online auction site Etsy has summarily canceled the auction posted by a woman selling Donald Trump hats because her products were “dangerous misinformation.” It is yet another example of Big Tech using the fake claim of “stopping disinformation” as an excuse to eliminate conservatives.

A woman who called her Etsy store “Deplorable Knitter” was selling MAGA-themed hats with the slogan “Stop the Steal” on them. “Stop the Steal” is, of course, the slogan Republicans and Trump supporters have been using to describe the effort to overturn the stolen 2020 presidential election.

Here's the email notification from Etsy: "Certain types of content are not appropriate for the Etsy marketplace. This includes content that promotes or endorses harmful misinformation, including items that can obstruct election integrity: https://t.co/oFi5Vgs7w2 /2 pic.twitter.com/ZGFkOPQRqg

Etsy has confirmed that they called the beanie hats dangerous and had them removed from their site. Meanwhile, they allow any manner of hateful, anti-American, left-wing products to be sold there without molestation.

While Etsy is banning MAGA-supporting hats, many items dedicated to the violent, extremist “Antifa” movement are available for purchase through the platform. These include a button featuring a spiked, bloody baseball bat featuring the slogan “bash the fash.”

Although Etsy has a policy banning items that glorify violence, many of these Antifa-themed listings are still available as of this article’s publication.

Meanwhile, you can support Deplorable Knitters by visiting her Instagram page: