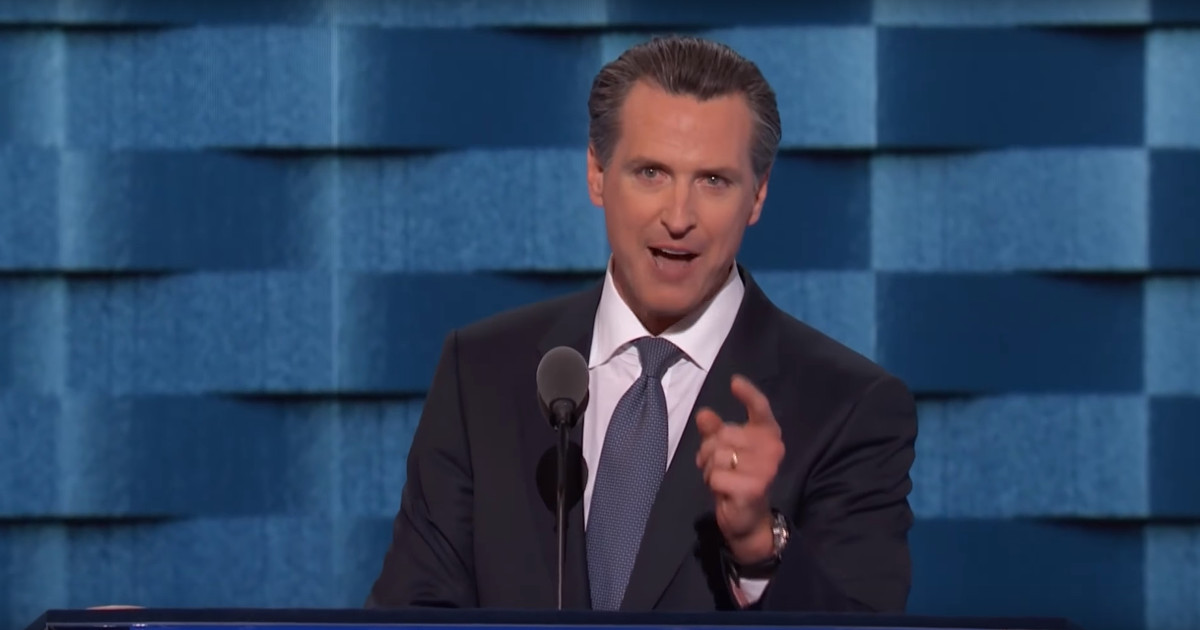 If you still live in California, you probably deserve a medal. Living under the tyrannical rule of Newsom has to hurt. He keeps on adding to his COVID rules, but the only thing the rules accomplish is to prove that lockdowns don’t work. The economy sinks while the CoronaVirus cases surge.

California has some of the nation’s strictest restrictions when it comes to COVID-19, yet it is one of America’s epicenters for the virus, Politico reported. The state has at times instituted “a complete ban on restaurant dining to travel quarantines and indoor gym closures.”

Politico reported that California’s case rate – “100 new daily cases per 100,000 residents” – is second only to Tennessee’s, a state that hasn’t done all the economy-killing restrictions of California. Tennessee, for example, doesn’t mandate mask wearing (though most businesses require it anyway) and allows up to 10 people to gather indoors.

Stephen Moore explains that the lockdowns don’t reduce deaths, and they hurt those who can least afford to be hurt:

Lockdowns are crushing the little guy. Even so, it is the Democrats who are pushing this anti-freedom agenda. Here are the 10 states listed by The New York Times with the strictest lockdown orders: California, Connecticut, Illinois, Michigan, New Mexico, New York, Oregon, Pennsylvania, Rhode Island and Washington. What do they have in common? Democratic governors.

Liberals love to talk about following the science, but all evidence of the last nine months points to the scientific conclusion that lockdowns do not work to reduce deaths. Contact-tracing studies show that about half of those infected with the coronavirus got it despite staying at home. Only 2% of the transmission comes from restaurants, and almost none comes from outdoor dining, which is now idiotically prohibited in California.

In old movies and TV shows, when a pregnant woman went into labor, the father would always be told to go boil water. It wasn’t because the boiling water would help the soon-to-be mom deliver the child. It was a trick to make the dad get out of the way and look busy.

Folks, Covid-19 lockdowns are just like the boiling water. It gets the public out of the way and makes the state’s governor look like the crisis is being handled. But it’s not being handled. The lockdowns add to the economic disaster that is CoronaVirus and does not alleviate the medical disaster.