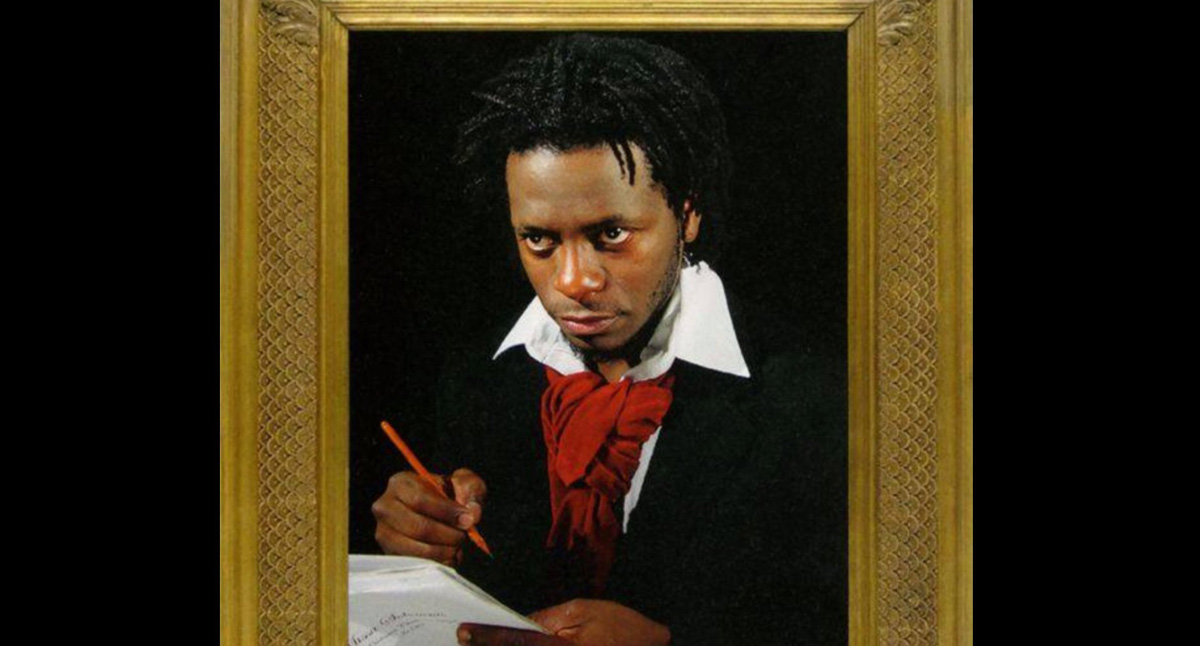 The ultra-woke Centre of Fine Arts in Brussels has recast German classical music composer Ludwig van Beethoven as a black man for its upcoming celebration of the composers 250th birthday.

On Wednesday, the Centre, known as BOZAR, posted a still from a video entitled “Black Beethoven” by American artist Terry Adkins, which features Beethoven as a young black man with dreadlocks.

“Today the world celebrates the 250th birthday of a musical icon. In the midst of all the celebrations, the Exhibition: Hotel Beethoven has opened its doors where you can join the festivities until the 17th of January,” they added alongside the image of a black Beethoven.

“In the work, Adkins presents a portrait of the iconic composer that slowly morphs into that of a young black man with short dreadlocks and back again. The repeated transformation of the image conveys Adkins’s unwillingness to settle the debate on Beethoven’s race,” the Centre explained.

Maybe all is not lost with this idiotic virtue signaling, though. Almost all the replies were less than complimentary.

One commenter wrote: “To take glory for someone else’s achievements is intellectual misconduct. If you cannot find such achievements in your own culture, that is your problem. You cannot steal another races achievements to feel better about yourselves.”

“It is disrespectful to both races and especially to Beethoven regarding his anniversary: if you regard him as an icon, then treat him with reverence and historical accuracy. This is not how you stimulate mutual respect, but further damaging the opportunities to restore it,” another wrote.

“You must be ashamed. Disrespect for Beethoven and history,” another said.

Still another wrote, “Why do they have to make this about race again?