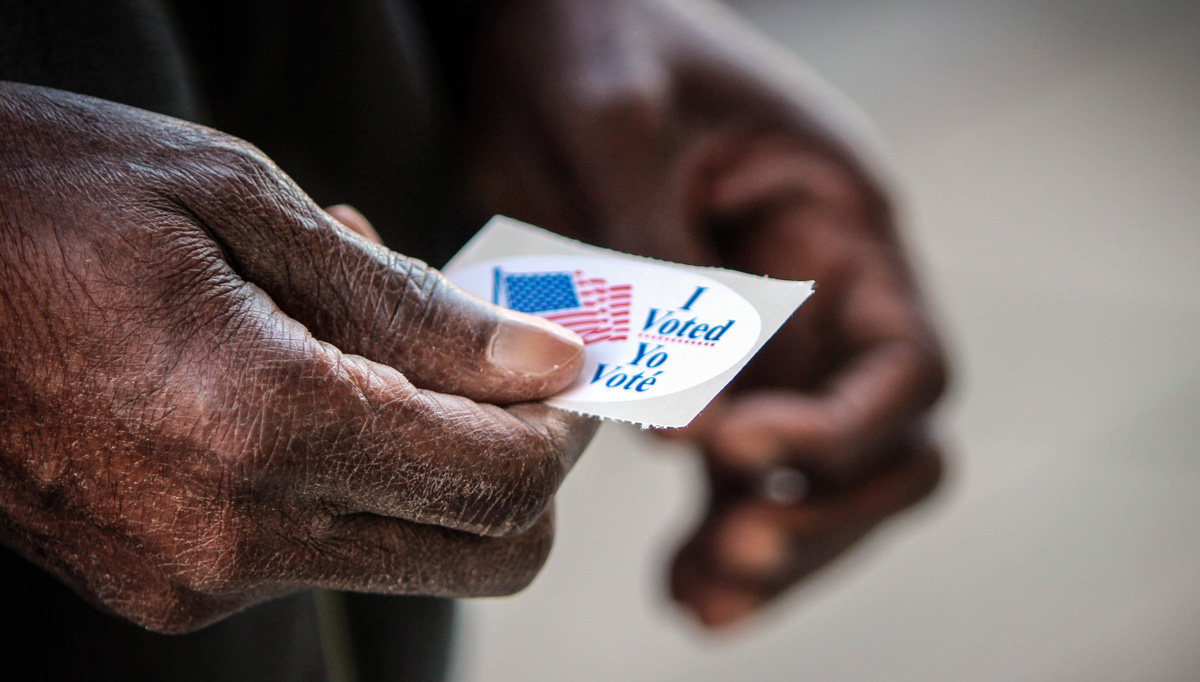 A so-called “professor” and black activist claims that America’s election system needs to be changed to make a black person’s vote count twice as part of “reparations” for slavery.

Brandon Hasbrouck, an assistant professor at Washington and Lee University School of Law who teaches the sham filed of “critical race theory,” says that counting a black person’s vote twice is a way to defeat white supremacy.

“Vote reparations would empower us to replace oppressive institutions with life-affirming structures of economic, social, and political equality,” Hasbrouck argued in his article for the Nation. “And if our elected representatives did not prioritize this transformational work, we could vote them out.”

Hasbrouck went on to say that the Electoral College is a “core problem” because it was set up by the Constitution’s framers to “protect the interests of slave states.”

This of course, is an absolute lie. The EC had nothing whatsoever to do with slavery. Nor did the EC have anything to do with “white people.”

Hasbrouck went on saying, “Along with the Senate, the Electoral College was critical in the endurance of slavery and its continuation by other means.”

“Wyoming, which has just 580,000 residents and is 93 percent white, gets three electors because of its two senators and one representative in the House,” the professor deduced. “By comparison, Georgia’s Fifth Congressional District — which includes Atlanta, has 710,000 residents, and is 58 percent Black — has no dedicated electors or senators and can only occasionally overcome the mostly white and conservative votes from elsewhere in the state.”

Hasbrouck attacked America as a “sin.”

He concluded with a lie:

“Because white votes currently count more than Black ones, double-counting Black votes would restore electoral balance. Vote reparations would be a giant step toward remedying our nation’s long history of denying and devaluing Black votes.”

“To address systemic racism, we must transform how we choose our government.”