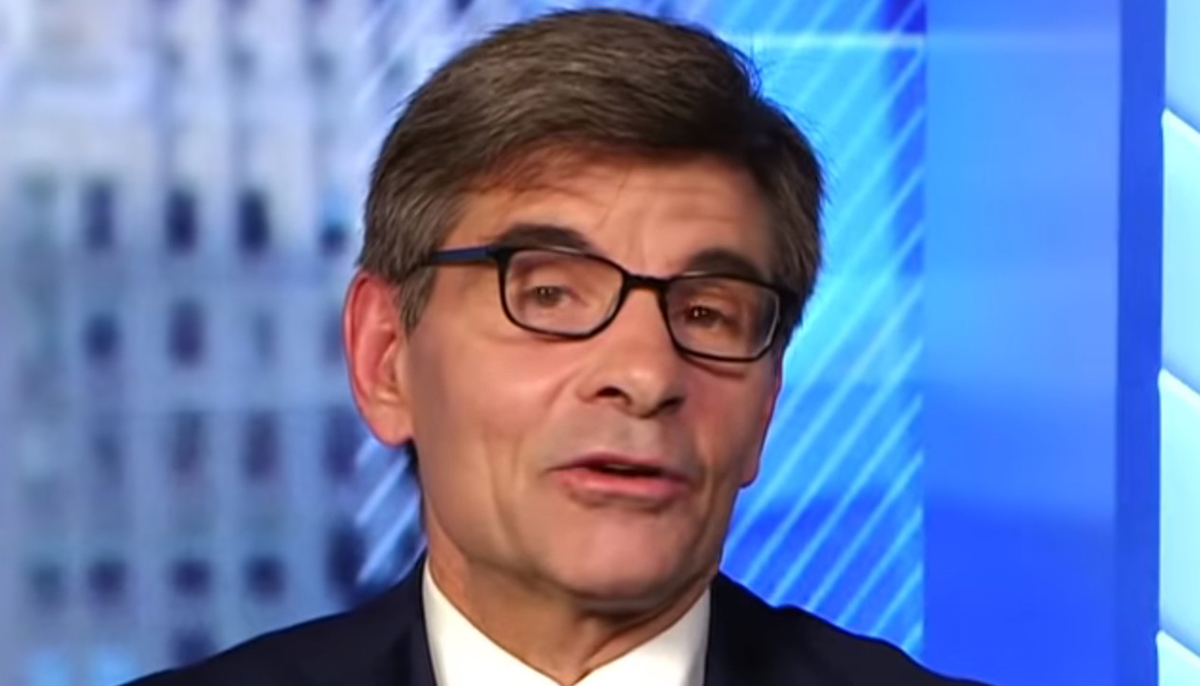 In an interview with Julia Louis-Dreyfus pushing America Votes, a 501(c)(4), “the coordination hub of the progressive community,” Stephanopolous abandoned any shred of journalistic integrity.

ABC's George Stephanopoulos has Julia Louis-Dreyfus on #GMA to promote a VEEP table read to benefit a progressive group trying to elect Democrats in Georgia.

Stephanopoulos ends the interview telling voters, “All of you at home can get tickets for VEEP live virtual table read happening Sunday. Go to showupforGeorgia.com. ShowupforGeorgia.com redirects to an ActBlue fundraising page that demands a donation.

At least the page was honest.

Your donation to America Votes directly supports the Georgia-based groups working to educate and turn out voters for January’s critical US Senate runoff elections. Join us to #ShowUpForGeorgia.

It is completely egregious, but sadly not surprising, that a mainstream media organization will give an uncritical platform to a group focused on electing Democrats and then telling viewers to, in effect, donate to Democratic Party candidates.

George Stephanopoulos has a more direct connection with liberal Democrats than much of the liberal-controlled mainstream media. He was a Democratic Party operative and communications director for Bubba Clinton’s 1992 presidential campaign, Bubba’s White House communications director, and eventually his senior advisor for policy and strategy, before departing after the 1996 election.

But even after he moved to ABC, Stephanopoulos continued to advocate for the Democratic Party.

For example, Stephanopoulos was the co-moderator of a 2012 Republican primary debate featuring Mitt Romney, Ron Paul, and Rick Santorum. During the debate, Stephanopoulos repeatedly asked the leading candidate, Mittens, whether he believes the U.S. Supreme Court should overturn a 1965 ruling that a constitutional right to privacy bars states from banning contraception. Romney kept answering that y said it was a preposterous question. During the fall presidential campaign, the Obama campaign used the question and answer to claim there was a GOP War on Women.

In both 2013 and 2014, Stephanopoulos made a $25,000 donation to the 501 nonprofit founded by former president Bill Clinton, the Foundation’s records show. Stephanopoulos never disclosed this information to viewers. Not even when he interviewed Peter Schweizer’s about his book Clinton Cash, which disclosed Hillary’s pay for play Clinton Foundation operation with the State Department.

Schweizer was interviewed by Stephanopoulos about his book on ABC’s This Week in April 2015. From the very beginning of the interview, George Stephanopoulos attacked Schweizer, not on the merits of his research but in an attempt to damage Schweizer’s credibility. For example, he asked, “As you know, the Democrats have said this is — this is an indication of your partisan interest. They say you used to work for President — President Bush as a speechwriter. You’re funded by the Koch brothers. How do you respond to that?” What was unknown till the Wikileaks John Podesta email dump Stephanopoulos was fed his questions by the Clinton campaign?

On the day of the Stephanopoulos/Schweizer interview, Josh Schwerin, a Clinton campaign spokesman, sent the interview transcript to the campaign’s rapid response team list. Jesse Ferguson, another Clinton campaign spokesman, replied to Schwerin with an email to the team, “great work everyone. This interview is perfect. He [Schweizer] lands nothing, and everything is refuted (mostly based on our work)” That certainly sounds like they did the research that Stephanopoulos used to attack the author. Oren Shur, the campaign’s director of paid media, responded to Schwerin with, “nice work here.” As additional proof, the ABC host was fed his questions–three days before the “This Week” interview. Hillary campaign press secretary Brian Fallon sent an email to Jo Becker and Mike McIntire of the NY Times because they covered Clinton Cash. Fallon used many of the same arguments word for word that Stephanopoulos would use on Schweizer.

Along with his history of ignoring journalistic scruples, George Stephanopoulos’ interview pushing campaign donations to the Georgia Democratic Party Georgia Senate candidates leaves no doubt about his political bias. Additionally, it solidifies the American people’s lack of trust in the mainstream media. After doing their best to elect Joe Biden, the MSM picked a side in the Georgia Senate runoff. As part of the MSM, the Disney-owned ABC is putting the full weight of their “news” division to funnel money to the Democrats through ActBlue. This is absolutely appalling and proves that ABC News is a Mickey-Mouse operation.