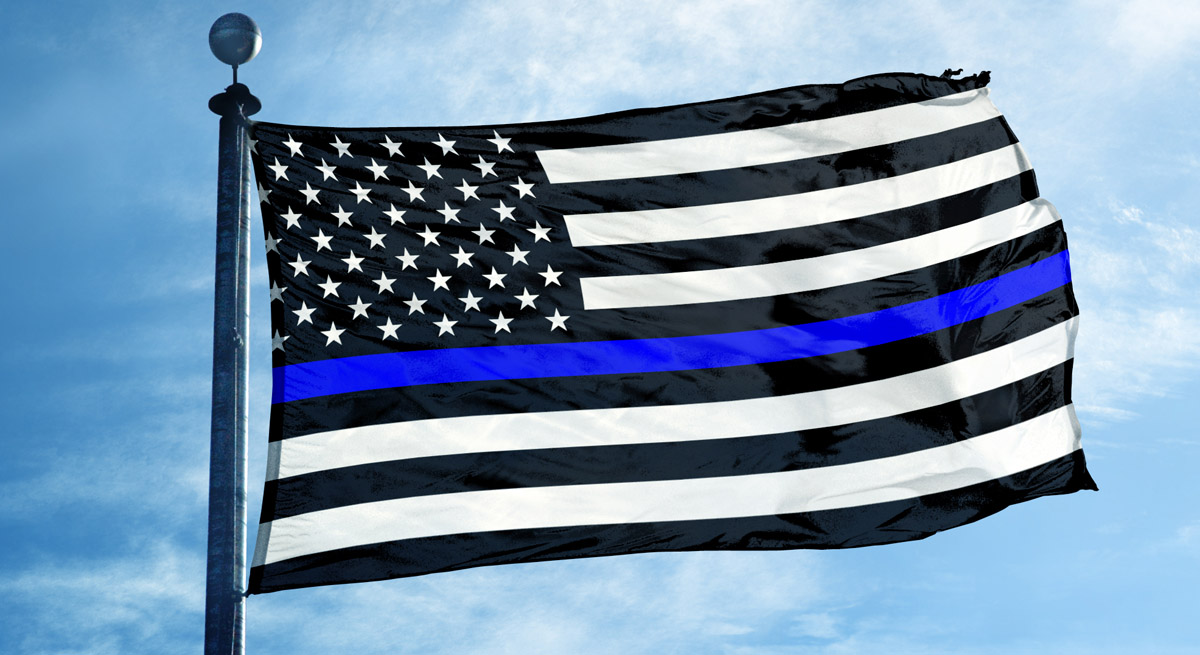 Santa Clara University is preparing to fire its campus security officer merely because he had a sticker of the pro-police thin blue line flag in his home that was seen during an online conference Zoom call.

The California university ended up falling all over itself to “apologize” after hardcore, anti-American, leftist employees saw the pro-police sticker at the home of their assistant director of Campus Safety Services (CSS) during a Zoom meeting last week.

“The assistant director of Campus Safety Services (CSS) participated in the event with a postcard on a bookshelf behind him that is widely considered to be an effort to undermine the Black Lives Matter movement and its universally important goals,” the school groveled in an email, according to CampusReform.org.

“We deeply apologize for this incident and the hurt it has caused,” the school added.

“In regards to the events that took place at the end of our forum, we would like to apologize. As a council, we overestimated the ability of the invited administrators to create and maintain a safe space necessary for BIPOC students. SCU has committed to being an ‘anti-racist institution’ and, from the actions demonstrated last night, this is clearly not the case,” the school said slobbering all over the haters that run them.

School leftists accused the officer of sporting a “white supremacist” and an “anti-black symbol” in the Blue Lives Matter card at his home.

Worse, the anti-intellectual school is considering doing just that.