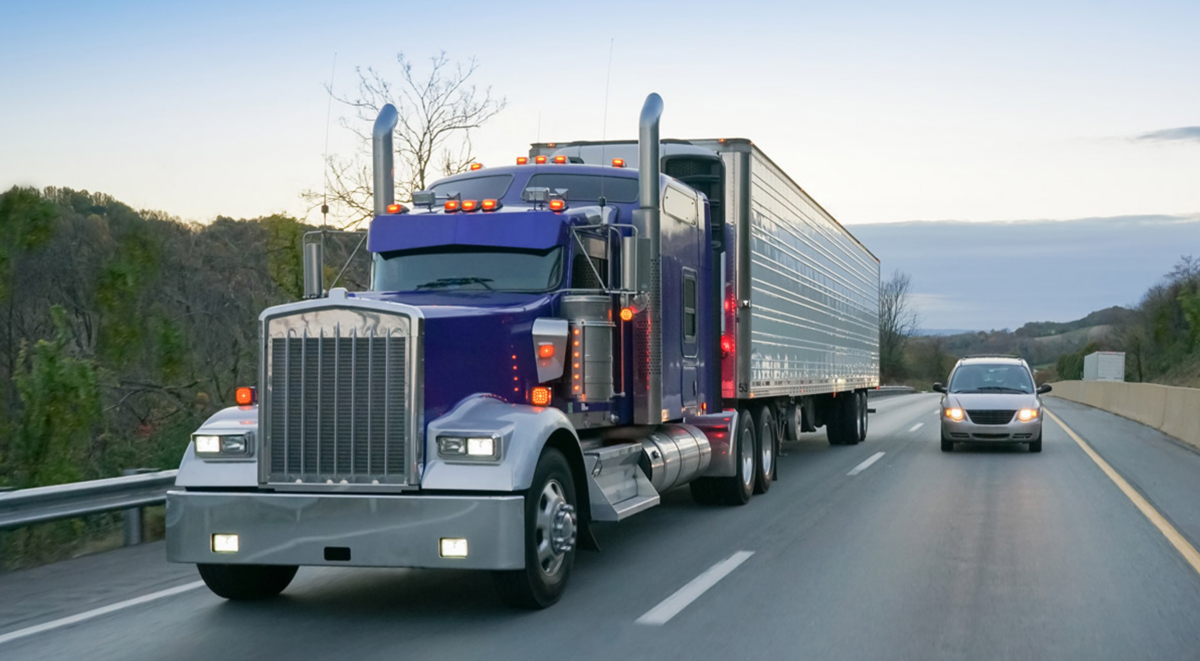 Tens of thousands of American truck drivers halted their work on Veteran’s Day with their #StopTheTires event to protest against Joe Biden’s coming fracking ban, his obvious economic incompetence, and his lockdowns.

The Stop the Tires Facebook group collected more than 60,000 members in only a few days before the fascist forces at Facebook shut them down.

The organizer of the effort, driver Jeremy Rewoldt, initially started his movement to protest Biden’s fracking ban because it would destroy America’s energy industry. But other truckers also noted that Biden’s coming coronavirus lockdowns would also destroy much of the trucking industry’s other sectors of work. 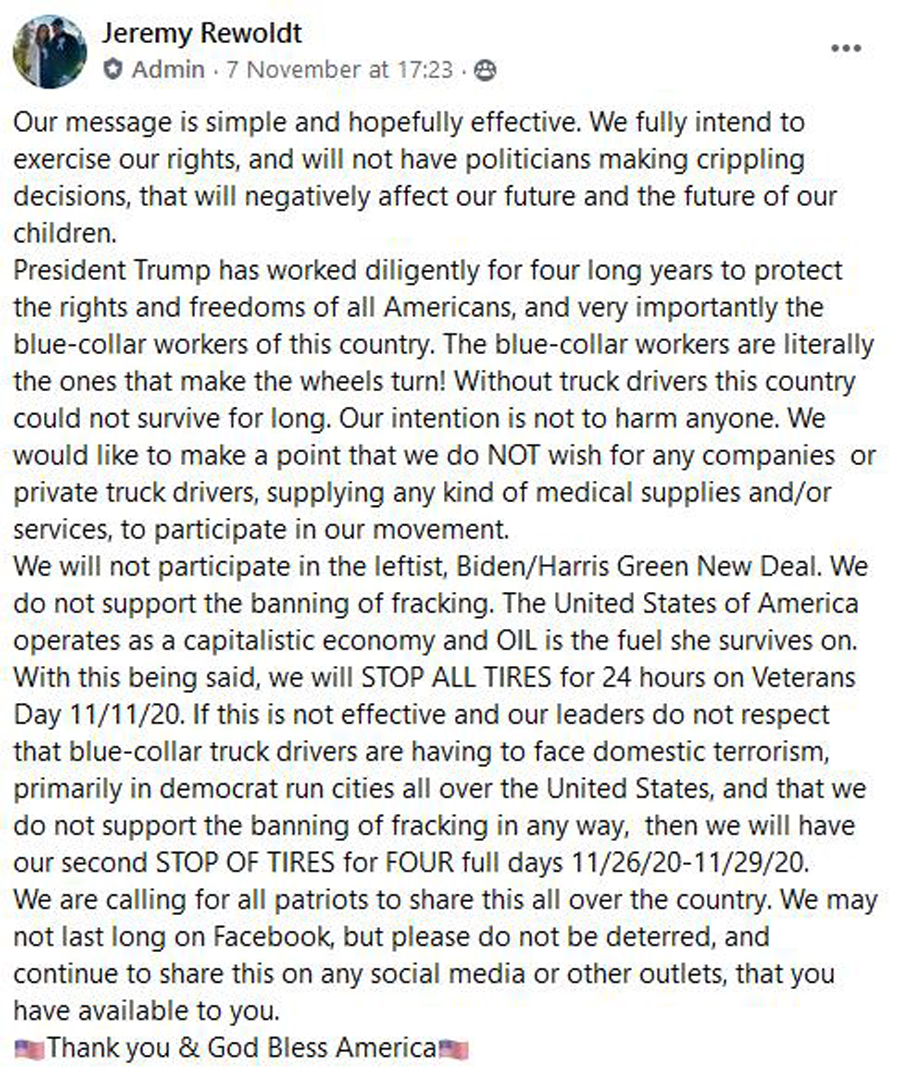 Other drivers noted that if Biden shuts down the nation again over the coronavirus, it will destroy the restaurant industry and gut the trucking industry that supplies restaurants.

A nationwide trucker strike may be coming. pic.twitter.com/oaIIhRe2RR

“You close down the restaurants that we eat at … then you close down our rest stops. Now in Wyoming they’re talking about not even plowing the highways this winter because they can’t afford it,” said one #StopTheTires supporter.

“And to top it all off, 70 million of you guys voted against the trucking industry, against first responders, against oil and gas – we ain’t gonna forget this shit. You already have, but we won’t.”

Biden will utterly destroy this country.