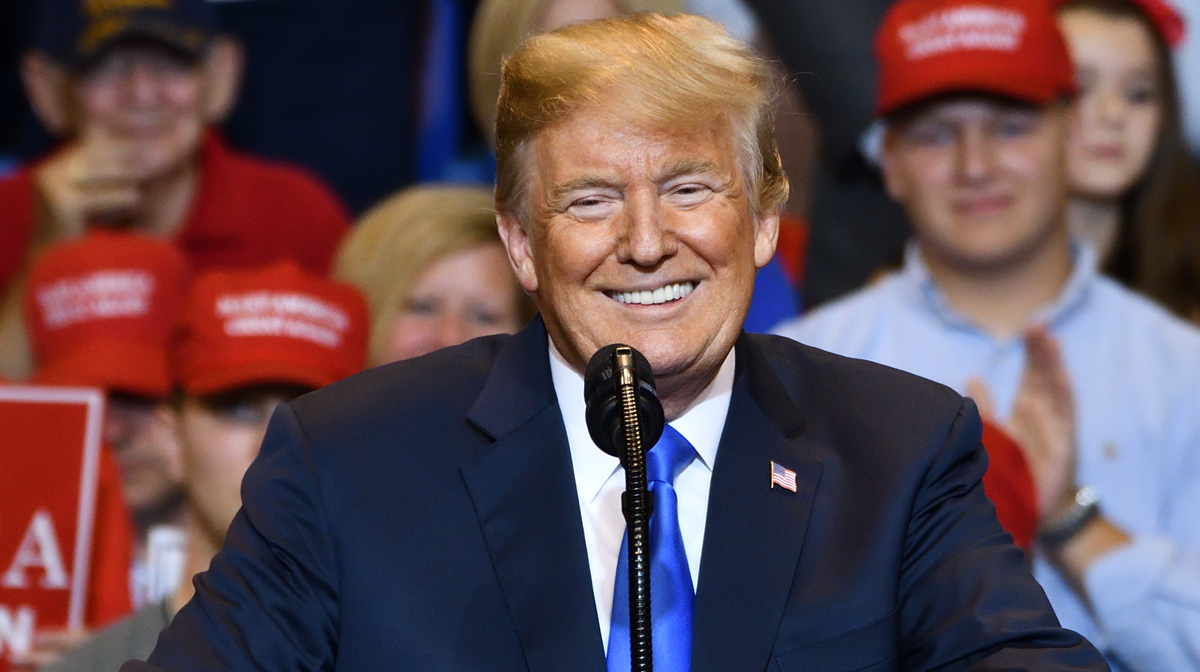 It is looking more and more like all the lawsuits over the election will come too late to prevent Joe Biden from becoming president, but Trump reportedly has one more jab to make.

Insiders are saying that the President has said he intends to announce his campaign for a 2024 run for the White House on Jan. 20th, the day Joe Biden will be inaugurated as the 46th president.

Lordy, imagine how the media will squall if Trump does that!

Indeed, they are already squealing like stuck pigs and he hasn’t eve done it yet. Check out how the lefty Daily Beast covered the story.

“According to three people familiar with the conversations, the president, who refuses to acknowledge he lost the 2020 election as he clearly did, has not just talked to close advisers and confidants about a potential 2024 run to reclaim the White House but about the specifics of a campaign launch,” The Daily Beast reported.

“The conversations have explored, among other things, how Trump could best time his announcement so as to keep the Republican Party behind him for the next four years. Two of these knowledgeable sources said the president has, in the past two weeks, even floated the idea of doing a 2024-related event during Biden’s inauguration week, possibly on Inauguration Day, if his legal effort to steal the 2020 election ultimately fails.”

Trump has yet to officially concede, but he did mention that he would do so if the Electoral College gives Biden the high sign.

The Daily Beast cited “two sources with direct knowledge of the matter,” who say Trump “has privately bragged that he’d still remain in the spotlight, even if Biden is in the Oval Office, in part because the news media will keep regularly covering him since — as Trump has assessed — he gets the news outlets ratings and those same outlets find Biden ‘boring.’”

Bloomberg also reported that insiders have told people that Trump is already considering a run in 20204.

And why not? His election was stolen from him this time.