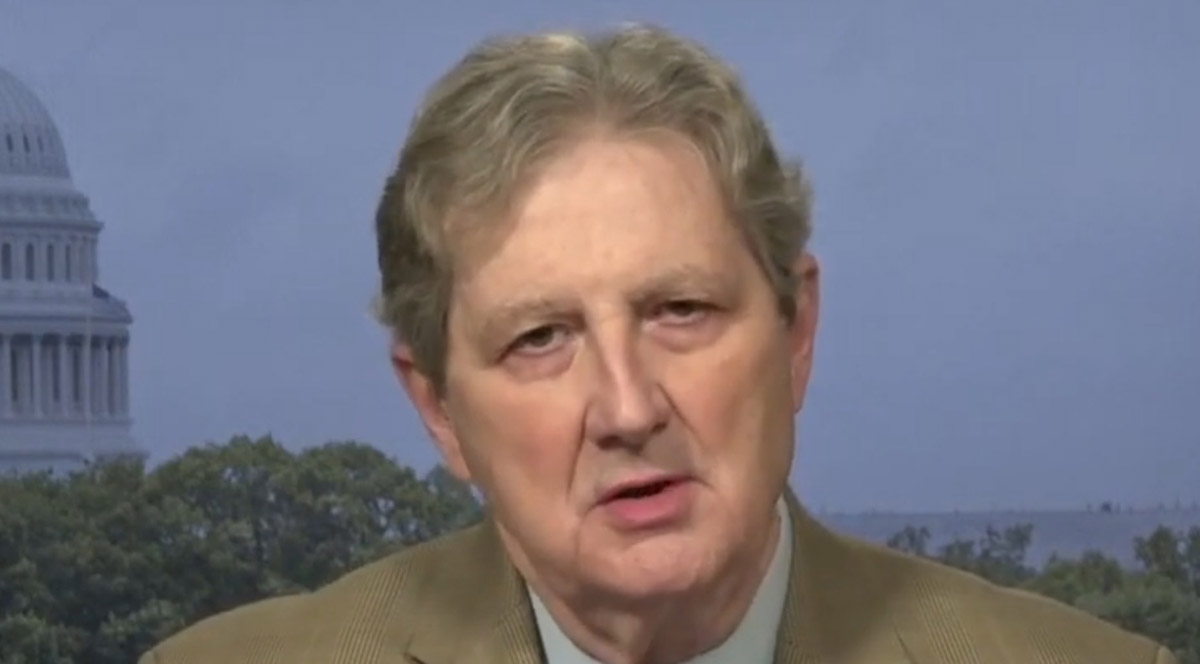 As Georgia prepares for a Senate run-off election, Louisiana Sen. John Kennedy had it just right about how dangerous Democrats are today. They are a danger to the unborn, the religious, the patriotic, and more.

Kennedy appeared on Fox News’s America’s Newsroom on Wednesday to warn the Peach State against electing either of the two Democrats running for the U.S. Senate in January’s run-off election.

“I can’t overstate the importance of Georgia. We have — if you count Alaska we’re also going to win we have 50 Republican votes. We need 51 to hold the majority. It’s going to be determined in Georgia. What happens in Georgia is going to determine the future of the United States for the next four years,” Kennedy said.

“Now, if Speaker Pelosi and Senator Schumer and Senator Sanders and Congresswoman (Alexandria) Ocasio-Cortez win in Georgia, you’ve got nothing to worry about unless you are a taxpayer, a business owner, a parent, a cop, a gun owner, a person of faith, or an unborn baby,” Kennedy said.

“Well, number one I want to see the president finish prosecuting his claims of irregularity. The integrity of the electoral system depends on it. We had tens of millions of Americans that think that the election was rigged as a carnival ring toss, and it’s important that they — however the election comes out that we all accept the results,” the senator said.

“So we have to finish letting our courts do their job. In terms of what happens after that, I hope the president – regardless of how the legal claims come out – helps us in Georgia. We need the help. He is very popular in Georgia, and I don’t want — I can’t understate the importance of this,” Kennedy said.

“I don’t recognize many of my colleagues in the Democratic Party anymore. Many of them really are socialists. They really are to the left of Lenin. They really do believe in open borders and abortion is a moral good, and they believe that the way to deal with Iran is with hugs and hot cocoa. It will change America if the Democrats get control of the United States Senate,” he said.

“We’re not going to let it happen, but we have to have the help of the American people. I think they’ll — our friends in Georgia will step up. Now the media’s going to tell them how they ought to vote, but lots of times American voters don’t vote like they’re told to. They’ve learned to filter what they get on the internet and through some of the national news organizations and make decisions for themselves. They’re not morons,” Kennedy said.