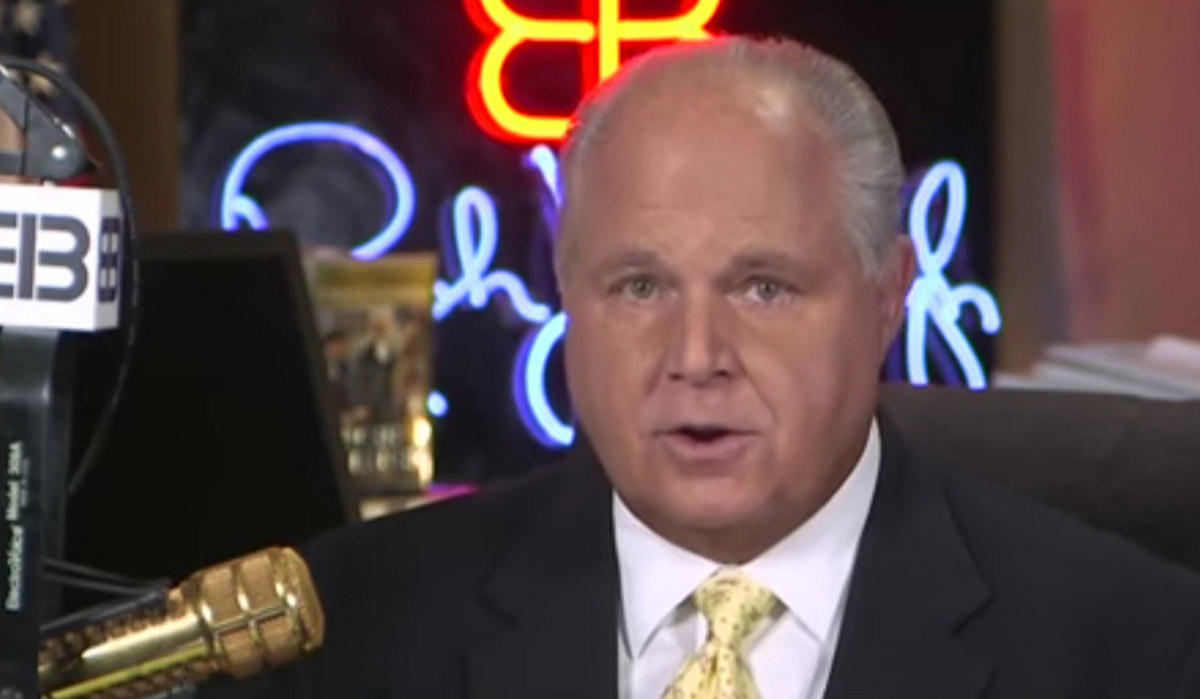 Talk radio giant Rush Limbaugh is sure that this election is rife with fraud, and to prove it he has one important question: how can America vote for the Republicans that supported Trump but not vote for Trump?

It is a good question, after all. The left and their media lapdogs are telling us that America hates Trump and that is why he is losing this election. But at the same time, they voted FOR all the Republicans who said they were Trump supporters? That does not follow. If they hated Trump so much, they would also have punished all the Republicans who claimed to be Trumpians. It simply makes no logical sense that they would destroy Trump’s political career but reward all the politicians who supported Trump’s agenda.

Limbaugh may not be with us much longer due to his cancer, but in his trailing days, he is still bestowing his wisdom upon us.

Here is some of what Limbaugh said during his Friday, November 6, broadcast:

They’re all saying Trump lost. I’m reacting to the left. They’re waiting for Fox to call this. Do not doubt me. They think it’s over. I’m reacting, I’m simply saying, it’s a hypothetical, how the hell can the president lose an election where all this other stuff happens for the Republicans? They gain seats in the House to go 50-50. They hold the Senate. How does it work?

I’m essentially saying I don’t believe that Trump lost. But that’s what they’re asking us to accept. What they want us to believe is exact opposite of what you said. They want us to believe this country voted for Republicans but against Trump. It’s the exact opposite. And I’m simply asking how in the world can they say that the people of this country voted to send Republicans to the House in equal numbers with Democrats and to hold the Senate and reject Donald Trump?

Now, if you heard me say that and that makes you think I think it’s over, that’s a mistake. Bad word choice on my part. I’m simply saying these two things don’t go together. Now they’re trying to tell us and they’re trying to set the stage for as many people believing as possible that the people of this country chose Republicans but rejected Trump. As you just pointed, you can’t divvy it up that way. The people of this country voted Trump. And that’s why they’re gonna gain seats in the House, the Republicans are, 50-50 in the House, and maintain the one with to two, maybe three seat majority in the Senate, because of support for Trump.

I’m trying to warn everybody, they’re trying to set it up so that it’s the Republicans that did okay but that Trump was rejected. Folks, they’re poisoned and deranged with Trump hatred. They need Trump repudiated even if they have to lie to themselves about it, and that’s what they’re trying to set up here. So I’m simply asking a question that to me defies logic. The answer defies logic. How can the Republicans do this well everywhere else and yet Trump is on the losing end in these states? It doesn’t make any sense, is what I was trying to say. Anyway, I’m glad you called, gave me the chance here to straighten it out, Kristen. We will be back.