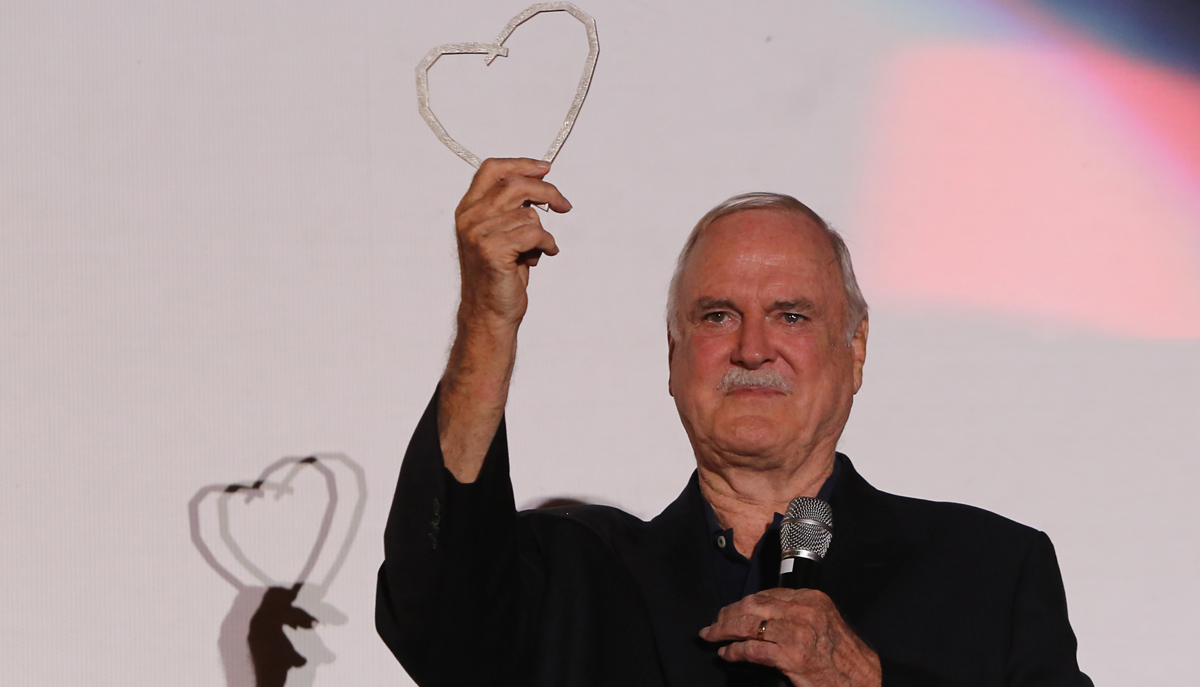 The Monty Python legend John Cleese is no conservative, but he is also not a fan of idiot leftists and their snowflake whining and this week he is once again slapping them around for their foolishness.

The 81-year-old comedian ridiculed leftists on social media for attacking him because he wrote a nice Tweet about Harry Potter author J.K. Rowling a few months ago.

The left has been attempting to destroy Rowling’s career since she began pointing out the dangers of transgenderism for our little girls. They are also attacking literally anyone who may have ever said something nice about Rowling.

The latest round of attacks on Cleese came after he told fans that he signed a letter in September supporting Rowling’s right to free speech. AIso noted, Cleese is generally a leftist, but he is a vigorous supporter of free speech, even if he disagrees with your point of view.

In September, Cleese jumped to Twitter to tell fans, “Dear, Twits, I have added my name to the signatories of the letter in solidarity with JKRowling.”

Dear Twits, I have added my name to the signatories of the letter in solidarity with JKRowling

But this month, the left came after the Monty Python star accusing him of being “transphobic” because he supports free speech.

Cleese, though, gave better than he got, and he did so in hilarious fashion:

Yes, and torturing small animals and setting fire to babies

If you can't control your own emotions, you're forced to control other people's behaviour

That's why the touchiest, most oversensitive and easily upset must not set the standard for the rest of us https://t.co/bAX5zT0ja7

I'm afraid I'm not that interested in trans folks

I just hope they're happy and that people treat them kindly

Right now I'm more focussed on threats to democracy in America, the rampant corruption in the UK, the appalling British Press, the revelations about police brutality… https://t.co/y6l33FBQNL

Oh I do sympathy and support all the time, for most of the Third world. Except for Glasgow, of course

I exclude all wokes, of course. I hope they fry in their own sanctimoniousness and narcissistic posturing

Until they get a sense of perspective, that is… https://t.co/yfzfWDx7Az

In case you have not understood, they never send me their answers

That's why it's hard to listen to them. Capisce ?

When I tweet about trans-matters, I often ask questions

They are never answered

Why is this the case ?

Are the people who hate me stuck on trans-mit ?

New question: If people who disagree with you are 'haters', does this imply they are 'haters' for disagreeing with you