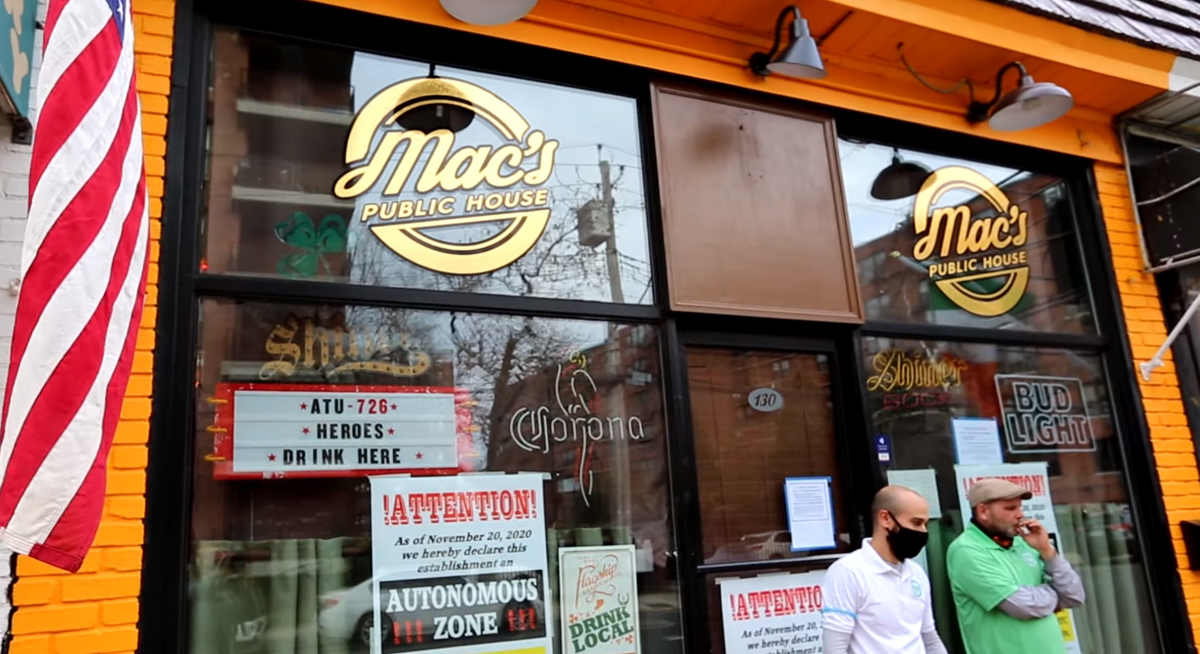 A Staten Island bar owner took a page out of the left’s playbook by declaring his bar an “autonomous zone” and refusing to close in obedience to Mayor Bill de Blasio’s coronavirus shutdowns.

Keith McAlarney, the owner of Mac’s Public House, said that he is in “open rebellion” against the draconian coronavirus lockdowns and will not close his establishment.

Per the New York Daily News:

“!ATTENTION! We hereby declare this establishment an !!!AUTONOMOUS ZONE!!!” read signs outside and around Mac’s Public House in Grant City, invoking a phrase more commonly associated with the monthlong occupation of Capitol Hill in the Emerald City by anti-cop radicals. “We refuse to abide by any rules and regulations put forth by the Mayor of NYC and Governor of NY State.”

McAlarney added that he is getting $1,000 per day fines for refusing to close, but he is adamant that he will not pay the fines.

“At this point, we’re OK with it, because we’re not paying it,” co-owner Danny Presti told the press. “[The Sheriff’s Department] is issuing us $1,000 fines, so they keep coming back. We’re still here. We’re not letting them in.”

“De Bozo,” he said of de Blasio, “you want to come down here and pull the license off the wall?” “Feel free to end up comin’ down, and we’ll end up having a conversation before you even think about stepping foot on my property. I will not back down.”

A large number of county sheriffs also descended upon the bar and issued them a $15,000 fine.