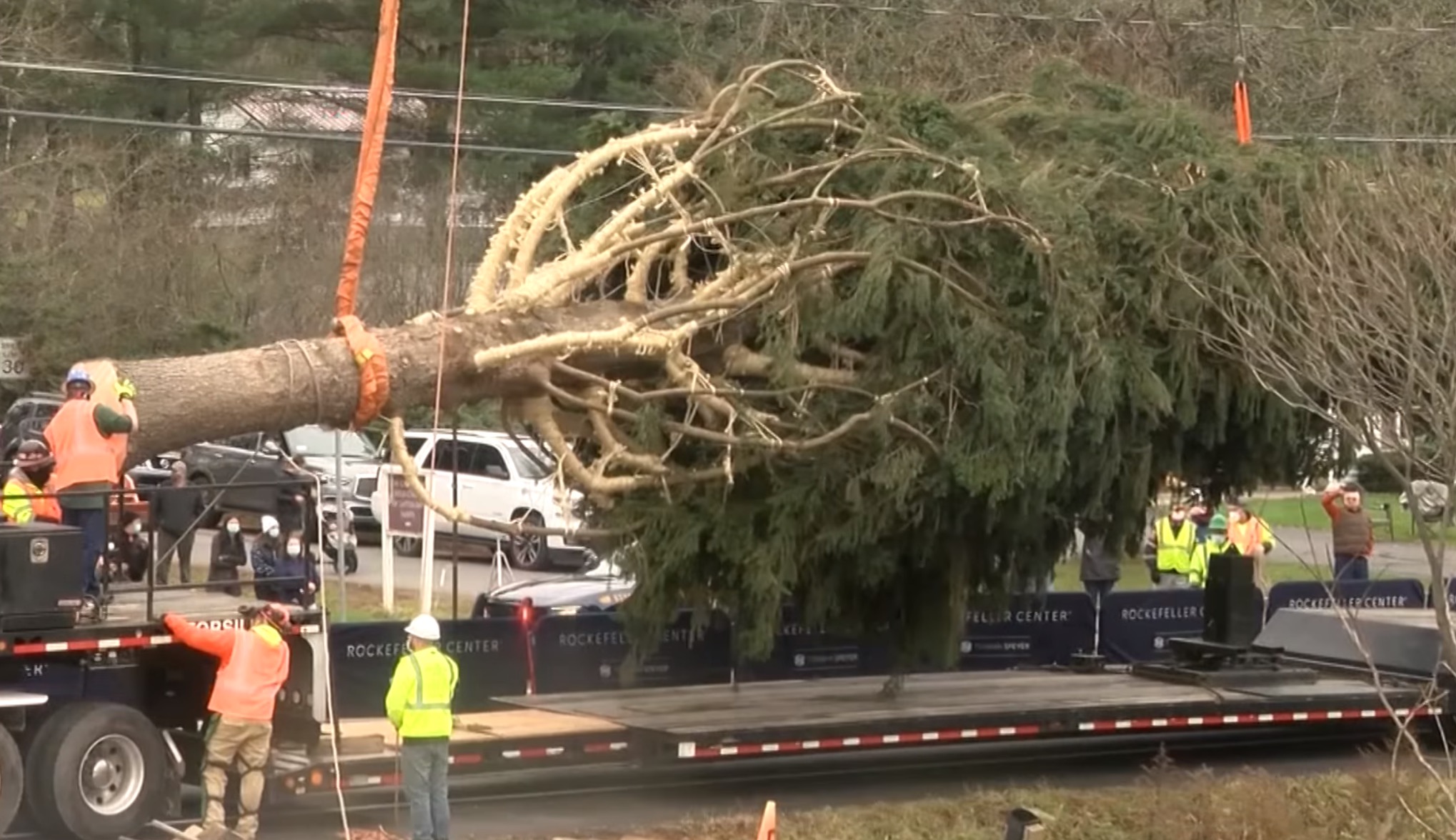 Yes, in the “there is nothing liberals don’t want to destroy” department, leftists are now working to force New York City to take way its Rockefeller Center tree and cancel that darned, ol,’ evil, white man’s, Imperialist Christmas.

Columbia University faculty member and environmental “journalist” Brian Kahn is leading the fight to whitewash Christmas from American culture, according to Campus Reform. And thank God that professor Kahn is here to save us from all that white supremacy, and stuff.

In his Gizmodo opinion editorial entitled “Cancel the Rockefeller Christmas Tree for Good,” Kahn says that cutting down a a “veritable island for wildlife” every year should be illegal.

The green goon was triggered when a baby owl was found still in the tree that was cut down in Oneonta, New York, 170 miles from the Big Apple.

Then this envirowacko insisted that trees understand the concept of “dignity,” because “In its previous home … [the tree] had an iota of dignity lost completely once it was transported to Midtown Manhattan.”

Yes, The Rockefeller Center tradition is just another example of America’s evil because it is an “icon of American exceptionalism” and the scourge of “capitalism.”

“The Rockefeller tree is an icon of American exceptionalism,” Kahn blathered. “Its story has humble roots in the Great Depression when workers building Rockefeller Center decorated a tree as a pick-me-up for a beleaguered city. It has since morphed into a made-for-TV spectacle to sell ads against and draw onlookers, wowed by a towering Norway spruce set at the center of the beating, concrete-and-steel heart of capitalism.”

“The Northern saw-whet owl is currently considered a low-concern species due to human pressures and has even managed to carve a niche out in human landscapes (clearly),” Kahn bloviated. “But the climate crisis fueled by unending growth and fossil fuels will eventually come for it, too.”

Next, Kahn whined that he will get mean emails for daring to speak truth to Santa Claus.

“I know I’ll likely receive many a furious email cussing me out for being a tree hugger perpetrating the war on Christmas and a total killjoy…” and then he…. well, you get the idea.

In the end, Brian L. Khan is a nobody and his individual opinion is not important. The problem is, he is exactly like very other anti-American piece of garbage in the U.S. system of higher education who suckles on the teat of the taxpayers and wallows in the comfort of not having to actually work for a living. And they all think exactly like him… if “thinking” is the proper word.