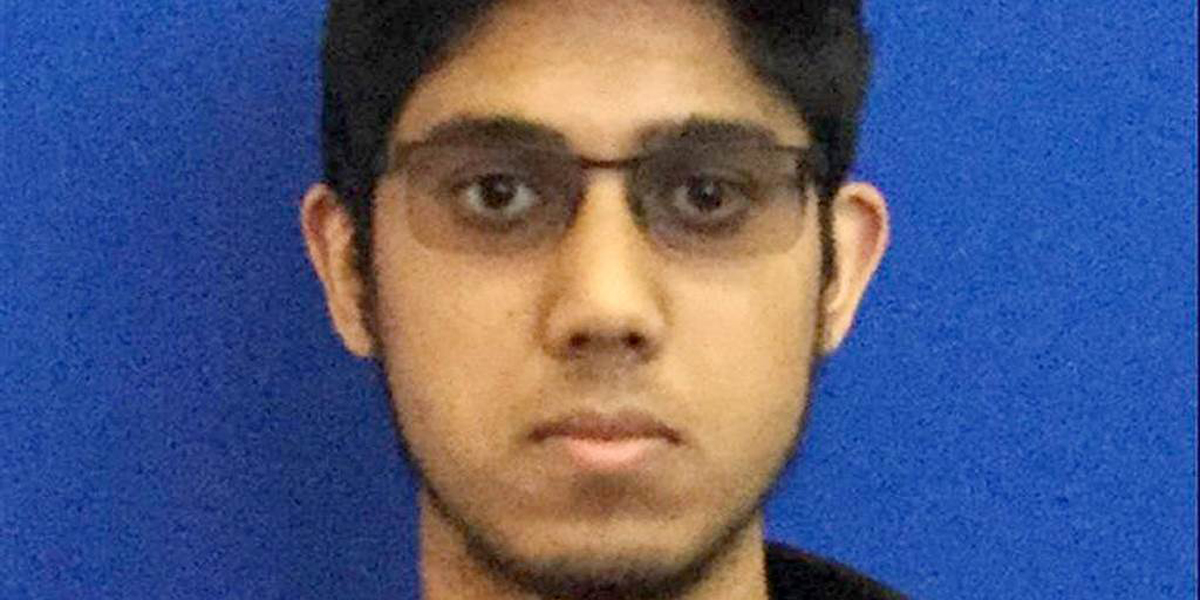 A Muslim Jihadi stabbed four students in a University of California classroom, but instead of blaming ISIS and Islam, the idiots at the school blamed the attack on “toxic masculinity.”

Faisal Mohammad stabbed four people at the University of California, Merced, in 2015. Now the FBI is revealing more details about the would-be ISIS jihadist.

The FBI has finally released Faisal Mohammad’s attack plan, and his manifestos and other documents are filled with pledges to Allah and ISIS. Muhammad “planned to praise Allah while slitting the throats of classmates and use a gun taken from an ambushed officer to kill more, according to records released by the FBI,” the AP reported last week.

The plan included putting on a balaclava at 7:45 a.m. and saying “in the name of Allah” before stepping into his classroom and ordering students to use zip-ties he provided to bind their hands.

Mohammad also planned to make a fake 911 distress call to report a suicidal guy and wait for police outside the classroom before ambushing from behind “and slit calmly yet forcefully one of the officers with guns.”

He planned to take a gun from an officer and kill classmates before making another fake distress call to 911 to report the shootings. Step 26 was to read the Quran until he heard sirens, and then “take calm shot after shot” with the gun as authorities arrive.

Fortunately, even as he stabbed four people in the university, this evil Muslim monster was killed by police before he was able to put most of his plans into effect.

These details sit in stark contrast to the foolish mewling of the left-wing idiots at the school who demanded that people avoid calling Mohammad’s attack an act of terror.

“Why are men more likely to be perpetrators of violence?” One speaker exclaimed at the time in the wake of the terror attack. “Anger, that is really what we think about when we think about emotional men. They are subject to social sanctions if they deviate from masculinity. If you are perceived as failing at it, you are subject to being called a fag, a pussy, a wimp, pretty much what women are, right? So, when you have this limited ability to sort of express your emotions and possible feelings of emasculation, of low self-esteem, how do you really [deal with] that? A lot of times they … engage in violence. They need to compensate for their loss of masculinity in the most manly way they have access to, and unfortunately, a lot of times that’s violence.”