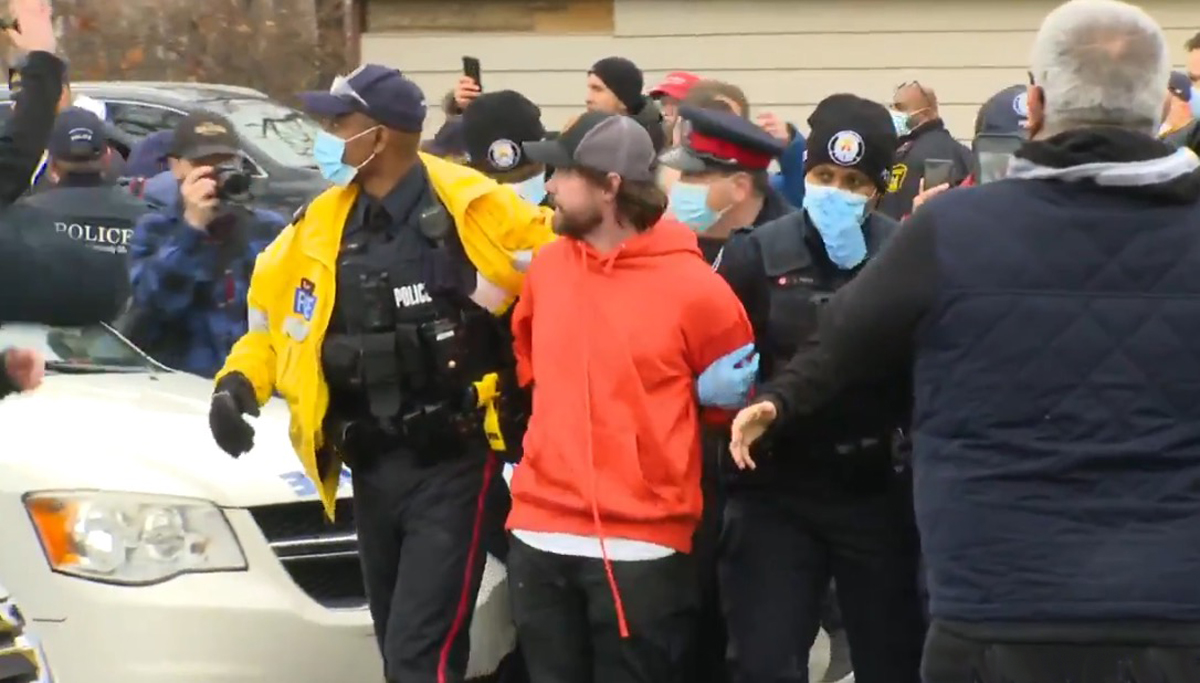 The owner of a Canadian BBQ joint was arrested by a phalanx of armed police in Toronto Thursday for refusing to close his restaurant after a coronavirus lockdown order was imposed on the city.

Restaurant owner Adam Skelly was arrested by the Toronto Police on Thursday for violating the city’s lockdown orders for several days.

Skelly was arrested at 12:30 p.m. after blockaded the entrance to his Adamson Barbecue restaurant, located in the Toronto district of Etobicoke.

The city has been on a lockdown ordered by mayor Doug Ford since last week.

An insane story is happening in Ontario right now.@AdamSkely is attempting to open his restaurant, so the Toronto Police *broke in* and changed the locks, and are now barricading his restaurant.

Remember 2019, when wanting to work and provide for your family was honorable? https://t.co/Vpfxkndu88

Adamson BBQ owner Adam Skelly arrested at 12:25pm today, here’s another angle. He has a big smile on his face as he’s taken away by police. #adamsonbarbeque #adamsonbarbecue pic.twitter.com/D3M9sKLd4z

Skelly had announced that his restaurant would be open despite the lockdowns and he ignored several warnings that he would be arrested if he did not obey the government’s orders.

On Wednesday, Mayor Ford excoriated Skelly, saying, “Buddy, you need to shut down. You’re putting people’s lives in jeopardy. I always try to be nice the first time, but this guy is just totally ignoring public health officials.”

On Thursday, Ford ordered the police to break into Skelly’s restaurant and change the locks so that the owner could not get into the building.

Skelly has been cited with a long list of “offenses,” including operating without a license and holding a gathering without a permit.