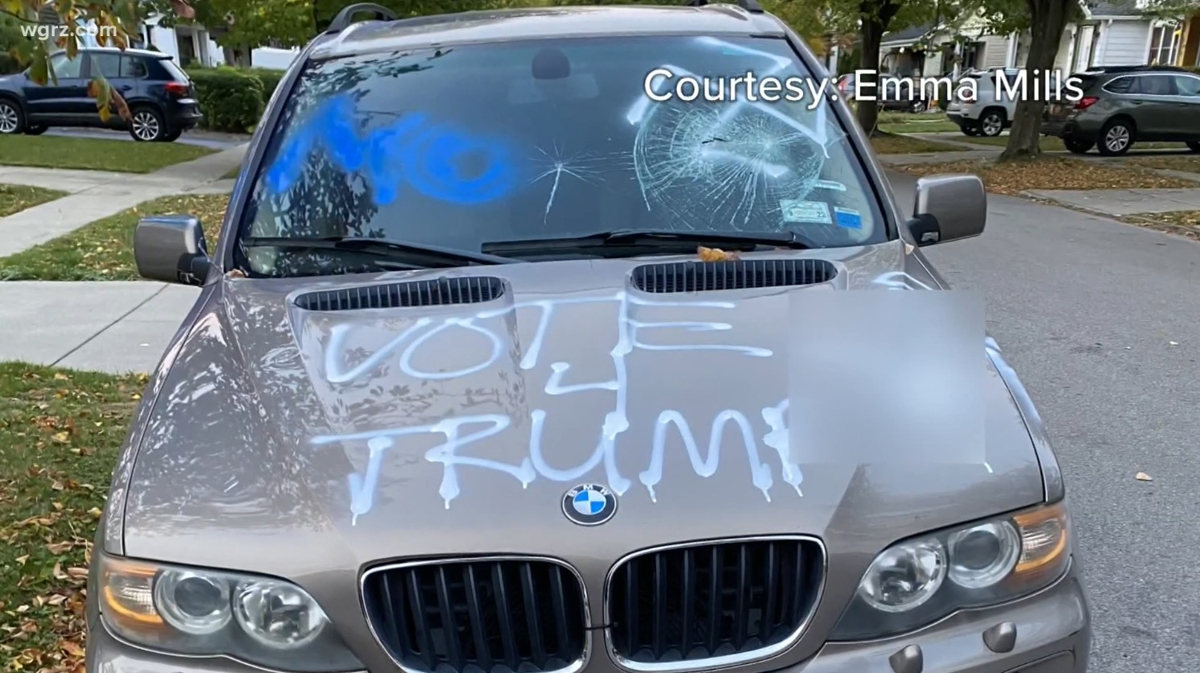 A man in New York told police that his car was spray painted with racist, pro-Trump, and homophobic graffiti in October but now police say he did the damage himself.

It’s just another fake hate crime busted by the police.

Erie County District Attorney John Flynn announced that 18-year-old Clifton Eutsey is being charged for damaging his own car and claiming that “racists” did it.

The graffiti included an attack on Black Lives Matter as well as homophobic slurs. There were also pro-Trump slogans. The Buffalo News also reported that sugar was poured in the gas tank and the window was smashed.

Now it appears the whole thing was a hoax.

Eutsey is also in some other trouble, apparently.

The police have charged him with several gun charges after he was discovered with two illegal firearms.