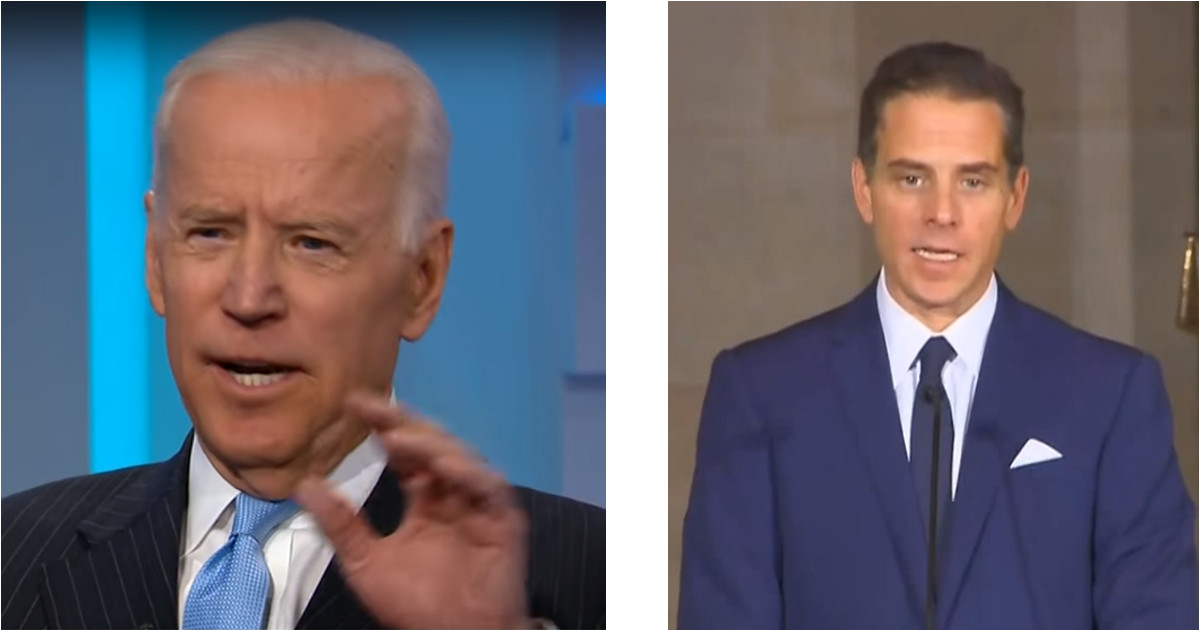 Hunter Biden, the son of 2020 Democratic Party presidential candidate and former Vice President Joe Biden is up for another news cycle. Will the mainstream media take notice of these serious charges, or will he get the typical free pass that the Liberal Elites get on a consistent basis? You might think that $156 million dollars would be worth a look at by interested observers or objective reporters. If nothing else, the fact that he is the former VP Biden’s son, involved in yet another scandal. That in itself should be would be worth reporting. As Democrats have said in the past, it is not whether or not the charges are true, it is the seriousness of the charges that calls for an investigation. Add to that the fact that Burisma Holdings, one of Ukraine’s largest natural gas companies, is named in these accusations, and you have a lot of questions to ask and have answered. Didn’t VP Old Joe brag about withholding aid from the Ukraine for a Quid Pro Quo? Hmmm. Where there is smoke, there is scandal. Follow the money and see where this goes.

The claims, which were made by Florida-based private investigation firm D&A, are tangled up in a paternity case involving Biden and Lunden Alexis Roberts, a woman who says she has a child with the VP’s son (this was seemingly confirmed by a paternity test in November).

Biden’s legal team filed a motion to strike the D&A claims, framing the accusations as a “scheme by a non-party simply to make scandalous allegations in the pending suit to gain media attention without any material or pertinent material,” according to Fox News.

In a motion to intervene filed on December 27, D&A said it provided attorneys for Roberts with “access to [Hunter Biden’s] bank account records subject of known felonies including fraud and counterfeiting.”

According to the firm, “bank account records bear exhibit identifier(s) known by [Hunter Biden] as the subject of criminal investigation(s) both adjudicated and ongoing, of which he is a party to,” adding that the bank records allegedly “provide the source and destination bank account numbers of Burisma Holdings Limited, PrivatBank, Bank of China, [Hunter Biden’s] business partners, Rosement Seneca Bohai,” among others. (CONTINUE HERE)

Let’s truly follow the money and see where this goes.