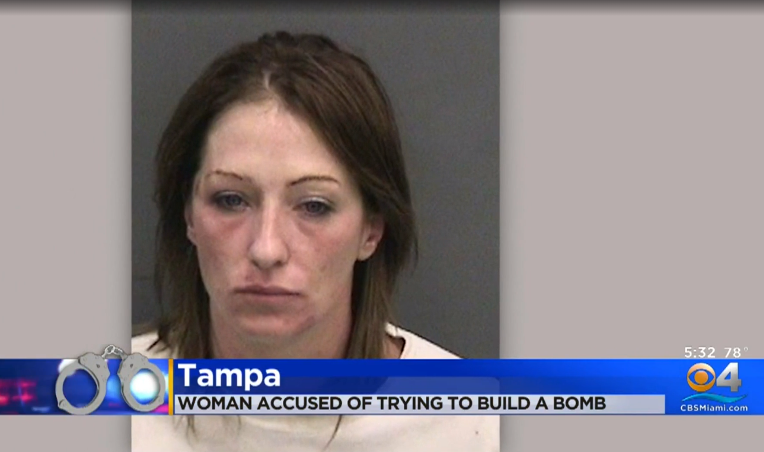 It looks like the Walmart motto,  “Save Money. Live Better.” has been taken to heart by this individual. They obviously missed the real intent of the motto and decided that they would just save money by having their bombing target provide ALL of the savings. This woman spent an hour in Walmart browsing around and putting together the ingredients to harm this Walmart store in Tampa, Florida. And she did all this with a child in tow. Could she have been a terrorist just too poor to by her own supplies? Maybe she is not a terrorist. Maybe she is a disgruntled employee going “Postal” on her bosses. Could she be a customer who got treated badly and was looking for revenge? This sounds like something an over the top ANTIFA member might try, you know how they hate Walmart and Capitalism.

A woman is accused of trying to build and detonate an explosive device inside a Tampa Walmart store.

Emily Stallard, 37, was arrested Saturday and charged with attempted arson of a structure, firebombing, contributing to the delinquency of a minor, child abuse and battery on an officer.

The security guard called the Hillsborough County Sheriff’s Office and also notified a Florida Fish and Wildlife officer who happened to be in the store at the time. The two men stopped Stallard just before she lit a wick, according to the report. (MORE)

Whatever the answer turns out to be, this is a woman who need not be out on the street. Fortunately for the store, its patrons and employees, someone got suspicious and figured out what was going on. Be sure and note how this was a just-in-time action by security to avert a disaster.