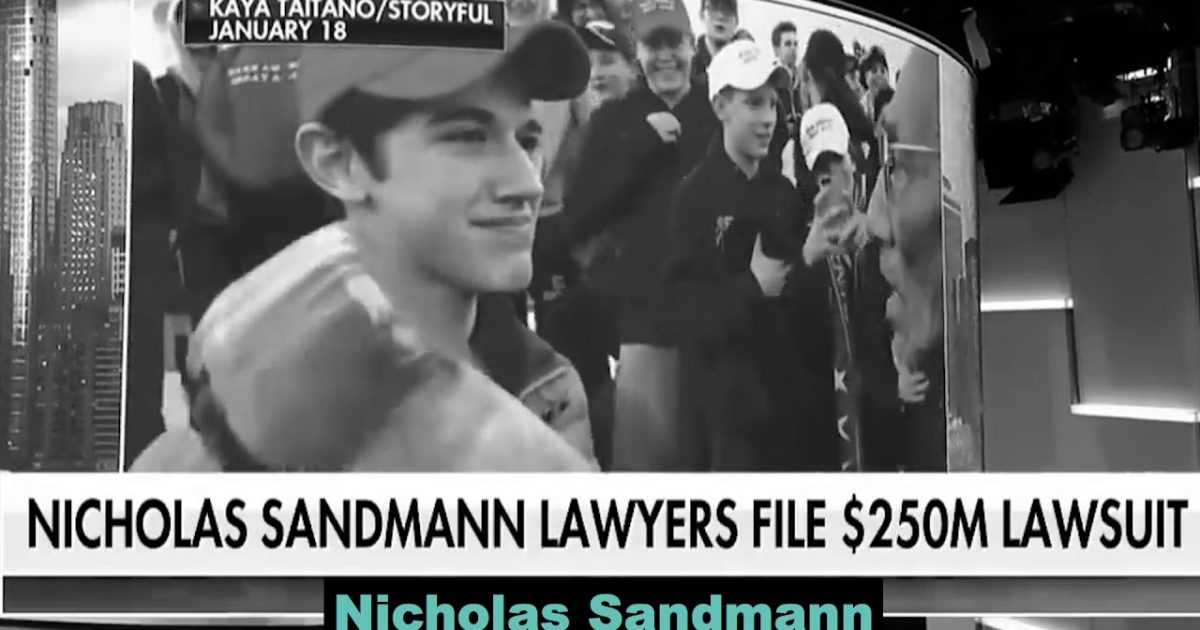 Liberal news organ CNN got a comeuppance this week as it was forced to settle with Covington Catholic student Nick Sandman. As you will remember, Nick Sandman was totally misrepresented as being the aggressor of a Native American elder in a video of a March for Life event.

Selective editing of the video made Sandman look like a smug young student getting in the face of the elder. Total footage of the event shows who actually was acting in an aggressive manner and that Nick was only trying to be tolerant. Due to this selective coverage, Nick Sandman was thereafter subjected to a firestorm of criticism and threats to his life and family.

After this story broke, cheers rang out across Twitter. Here are a few.

Charlie Kirk asks, “Will the Media cover this admission of guilt as extensively as they covered the lies about Sandmann?” We shall see Charlie.

They brutally smeared him & tried to destroy his life

Will the Media cover this admission of guilt as extensively as they covered the lies about Sandmann?

In so many ways, virtue-signaling cowards on the Right who immediately and publicly threw Nick Sandmann & the Covington boys under the bus to protect their own asses are greater enemies than CNN & SPLC smear merchants who don’t pretend to be our friends/allies. #NeverForget https://t.co/d2dG6so3EE

Reza, at this point, shouldn’t you delete this tweet and apologize to Nick Sandmann? https://t.co/Mx6vV8nhqn

It appears that CNN does not see this as an event that they would like to see tried in court with a jury of peers. It will be much easier for them to lay down their lessons learned money and just quietly slink away.

D.C. Mayor Bowser: ‘We are going to go back to a new normal’
January 16th, 2021 Liberty Unyielding