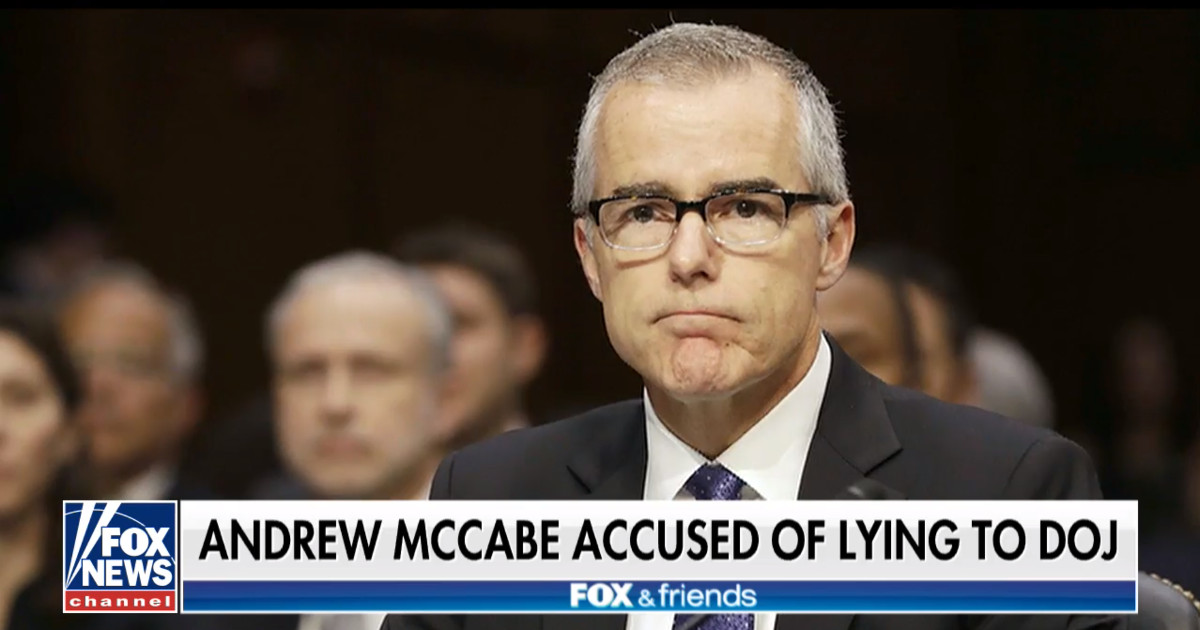 Recent statements made by former FBI Deputy Director Andrew McCabe, lying to investigators about the leaker to the Wall Street Journal have come to the surface. Many Twitter users were calling for his immediate prosecution.

Rep. Lee Zeldin tweeted earlier today stating “This is a crime. People go to jail for this. When the Deputy Director of the FBI is the guilty party, it’s even worse.”

This is a crime. People go to jail for this. When the Deputy Director of the FBI is the guilty party, it’s even worse.https://t.co/cMdyKpffgC

Brit Hume had a very good question for CNN about Andrew McCabe:

Does there come a time when CNN decides maybe this guy should not be one of its paid contributors? https://t.co/tw86d6QgMH

Tony Schaffer sounded off and stated what we all have been saying all along.

If you or I had lied to the federal government, they would have already put us in jail and tossed out the key. Here is the story below.

Former FBI deputy director Andrew McCabe apologized for lying to agents who spent weeks investigating the source of a leak to the Wall Street Journal that actually came from him, new documents reveal.

Shortly before the 2016 election, The Journal reported that an FBI investigation was underway involving then-candidate Hillary Clinton and the Clinton Foundation.

The documents, which the FBI released in response to a Freedom of Information Act lawsuit by the government watchdog group Citizens for Responsibility and Ethics in Washington, include transcripts of McCabe’s conversations with investigators, who were frustrated after wasting their time on the probe.

On Aug. 18, 2017, FBI officials grilled McCabe again to try to unravel what they said was “conflicting information” they had gathered about the possible leak to the Journal, The Daily Beast reported. (MORE HERE)

Roger Stone and General Michael Flynn are both facing jail-time for much less. How is nothing being done to prosecute McCabe? Don’t hold your breath on anything happening any time soon.