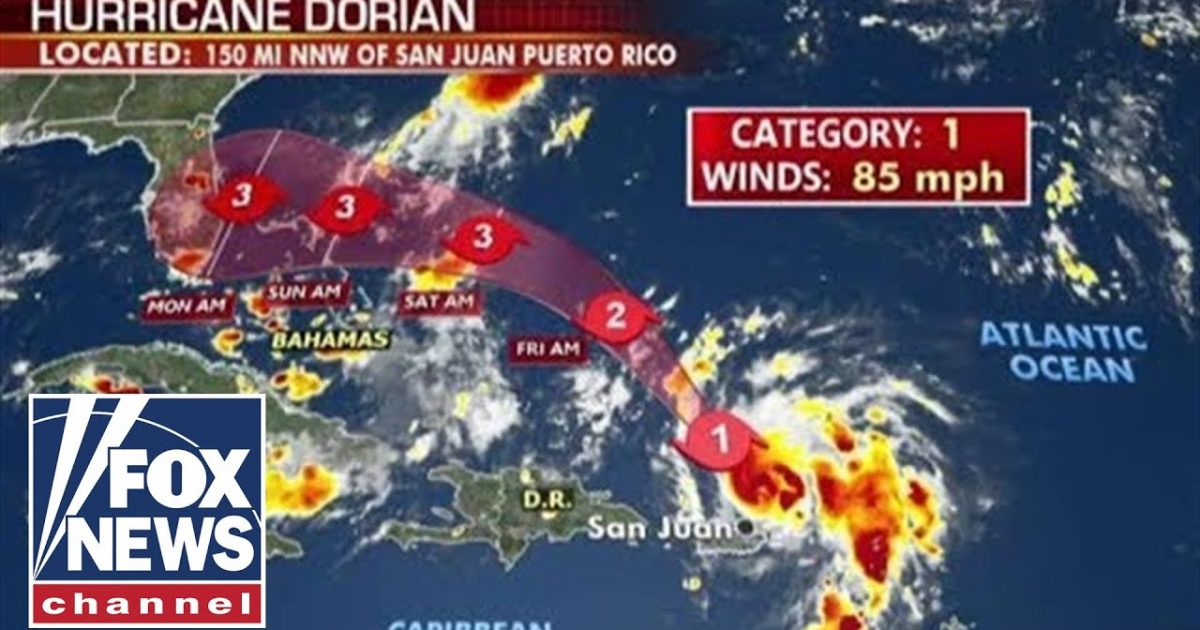 Dorian is currently a Category 2 hurricane and is forecast to intensify into a powerful Category 4, posing a prolonged danger that may last days to Florida and the southeastern United States over Labor Day weekend The Weather Channel reports.

But that hasn’t stopped liberals from rooting for a direct hurricane hit on Mar-a-Lago.

My family lives about 10 miles from Mar-a-Lago so all of you people cheering the fact that Dorian might wipe it out can kindly go fuck yourselves. You have sunk so low in your hatred that you have become worse than what you hate.

President Donald Trump — whose Mar-a-Lago resort in Palm Beach is currently in the crosshairs of most computer models for the path of the storm — warned on Twitter that Dorian could be an “absolute monster.”

“All indications are it’s going to hit very hard and it’s going to be very big,” Trump said in a video, comparing the coming storm to the historic Hurricane Andrew, which destroyed thousands of homes south of Miami in 1992 when it made landfall with winds above 165 miles per hour.

But “Trump Derangement Syndrome” has prompted some people to express their desire that the hurricane directly hit Trump’s resort.

Former Canadian Prime Minister Kim Campbell — who called Trump a “motherf***er” after he was inaugurated — said precisely that.

“I’m rooting for a direct hit on Mar-a-Lago!” she wrote on Twitter (she later deleted the tweet).

Others have also gleefully piled on, hoping for the destruction of Trump’s resort.

But actor Allen Covert, who has starred in and written several movies with Adam Sandler, including “Happy Gilmore” and “Anger Management,” took aim at all those haters.

“My family lives about 10 miles from Mar-a-Lago so all of you people cheering the fact that Dorian might wipe it out can kindly go f[***] yourselves. You have sunk so low in your hatred that you have become worse than what you hate,” the actor wrote on Twitter.  More

One of the most horrible, thoughtless things I have seen recently. Cheering that a hurricane hits a rich man’s property without a care in the world what it does to everyone else. Hate is truly blind, and that is sad.

My prayers for your family & your neighbors. These people are merely revealing their true selves. It isn’t pretty. But the venomous social media mobs are just a loud minority, most people will be hoping & praying for the best, & the safety of those in the path of this storm

It is hard to believe how much hate can be conveyed by those who claim to hate…haters. I’m praying that all who are in the path of this storm are taking precautions and stay safe. ❤️?

I have family there too! I can’t get over adults wishing death on others, simply because they don’t like the president! pic.twitter.com/chw43avidR