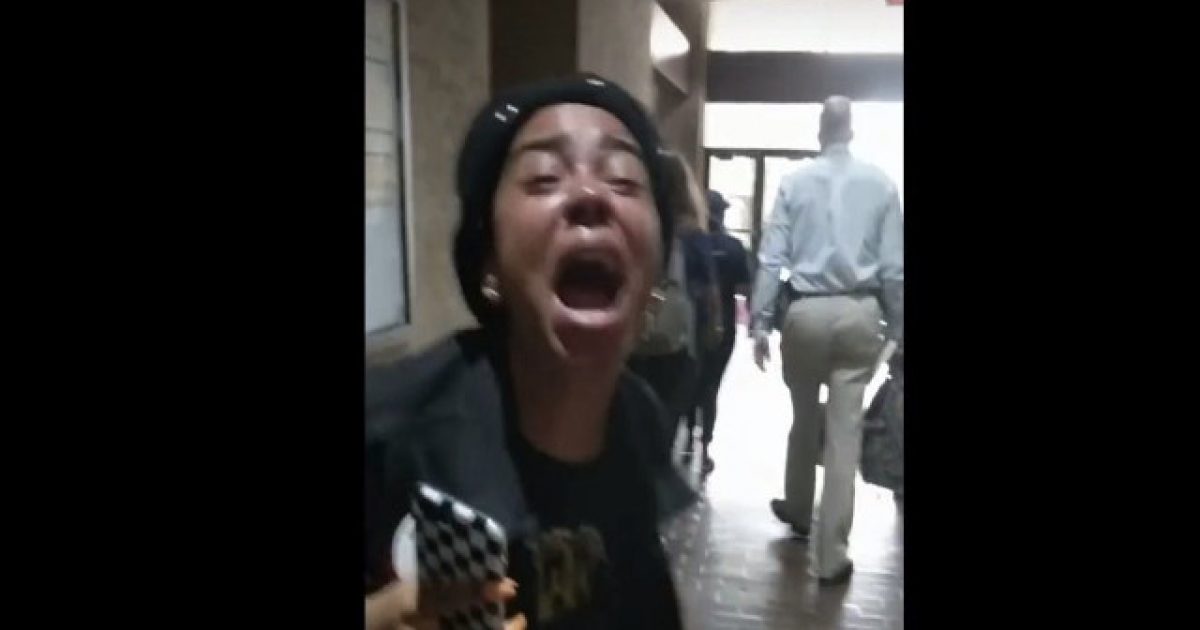 If you ever want to trigger a bunch of weak-minded left-wing snowflake college students, all it takes is rocking a “Make America Great Again” hat and you’ll leave them in a blubbering, melted pile of tears and anxiety.

Which is precisely what happened to yet another group of youngsters who are the subjects featured in a new viral video shot by a Texas State University on Wednesday of this week. Apparently the incident caught on video happened after these students stole his hat during a heated political discussion.

The clip shows one student in a light purple shirt dropping and kicking the student’s MAGA hat as campus police confront her. 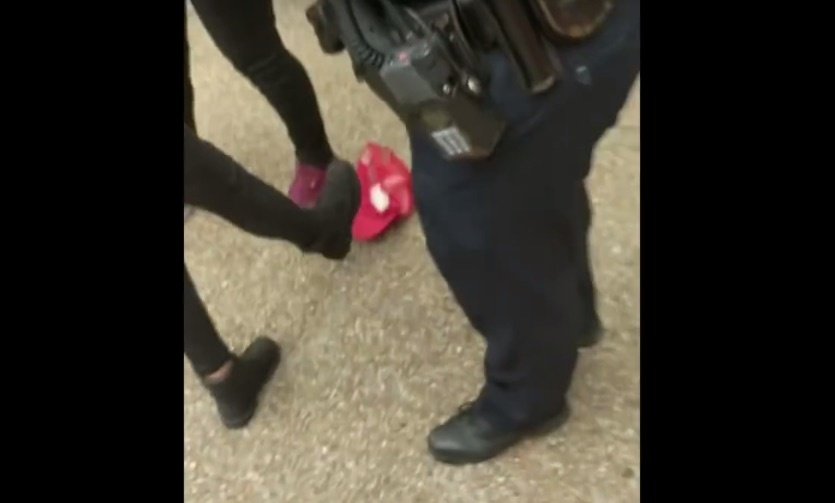 While she’s handcuffed, cops drop another student face down on the quad pavement as other students holler in protest and gather around the growing number of police. 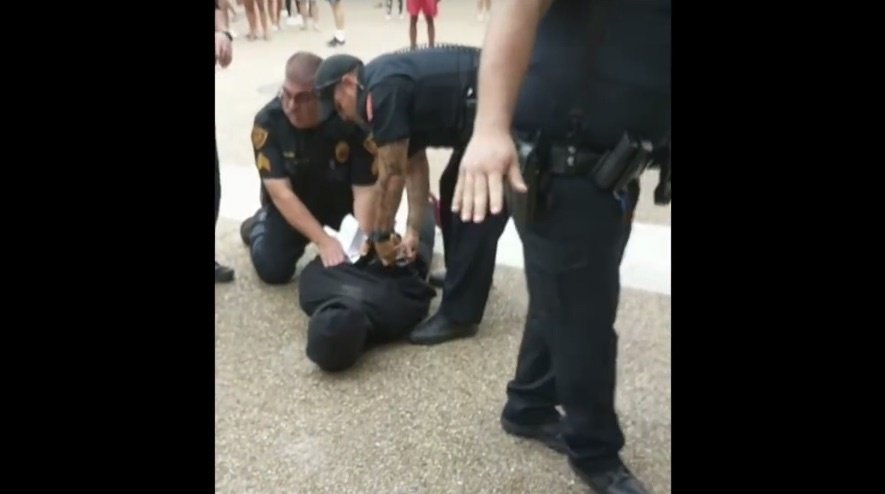 A third student begins screaming and crying hysterically, trying to get past officers: “Don’t f***ing touch her!”

An apparent officer is heard speaking to the student whose MAGA hat was allegedly stolen, asking if he wants to press charges, and the student responds that he does and then is directed to follow the person.

As the pair of handcuffed students are led away, someone is heard off camera stating, “If that’s not white privilege I don’t know what the f*** is.”

So it’s white privilege now to press charges against people who assault you and steal your private property? This is proof positive that younger generations are actually getting stupider the more culture progresses toward leftism.

Unfortunately, things actually get even more ridiculous. As police lead the arrested individuals through a building, the same student who was screaming and bawling hysterically got in the MAGA hat student’s face and yelled, “Get out! Why are you here?! Why are you here?! Leave!”

Someone then yelled at the student, “You’re escalating the situation. Get the f*** out.”

Once inside the police station, a leftist student with a bandana over her face attempted to get around the police and reach one of the arrested students. This person appeared to bump chests with a police officer. You can probably guess what happened next.

She was turned against the wall and handcuffed, all the while yelling, “Don’t f***ing touch me! What crime are you suspecting me of committing?! Articulate it! Articulate it!”

You know? All of this description doesn’t really do the situation justice. Here’s video so you can see this insanity for yourself.

This, ladies and gentlemen, is the future of your country. Weep. Weep long and hard, for Lady Liberty is surely going to be strangled to death if we don’t do something to reverse this nonsense soon.