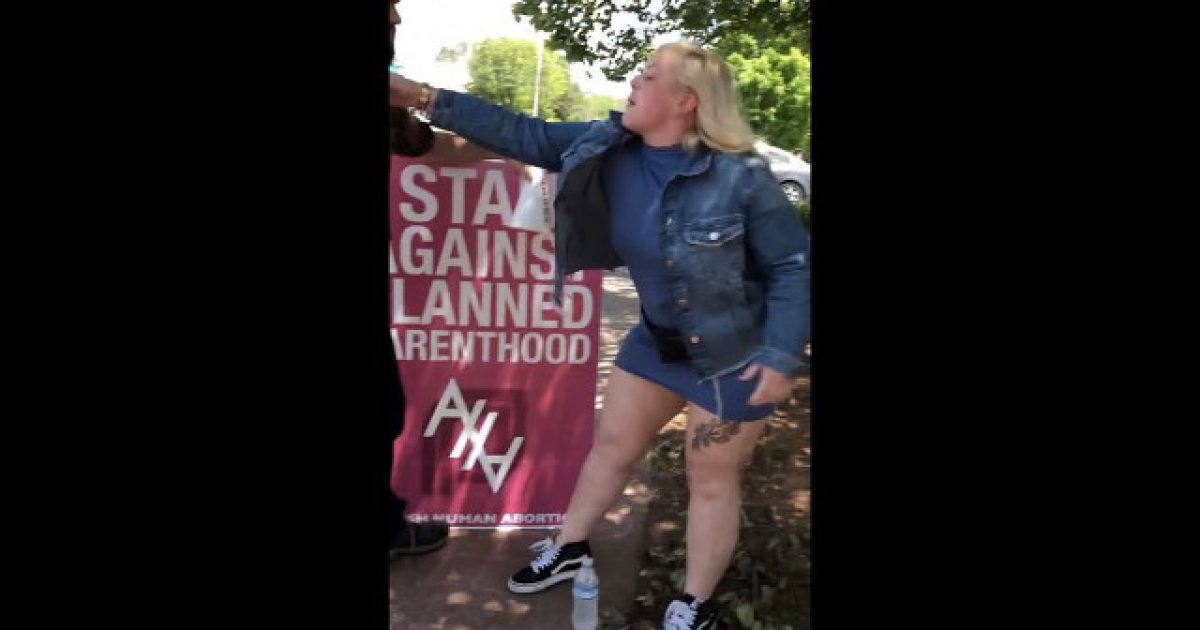 Physical violence against pro-lifers protesting outside abortion mills continues to grow and grow with the latest incident happening in front of the Alabama Women’s Center in the city of Huntsville.

This is a disturbing trend that reveals the true depth of darkness that dwells in the vast majority of those who support the murder of the pre-born.

Mary Baggett, a sidewalk counselor, told the outlet she was recording video May 3 as she spoke to other pro-life activists on the sidewalk. Then at one point a pair of cars stopped at the end of the facility’s driveway before heading out on the street, and the drivers of both vehicles appeared to argue with the pro-life activists.

Finally, one driver — a woman — emerged from her vehicle and began walking toward the pro-life activists.

“I don’t give you permission to record me!” she yelled.

The woman appeared to try punching a male activist.

Then the clip shows her hollering at Baggett, charging toward her, and swinging her fists.

The pro-life activists said that the increase in violence they’ve witnessed is largely the result of the facility’s escorts attempting to whip folks into a frenzy and go violently after anyone opposing the barbaric practice of child murder.

We’ve seen similar incidents in Louisville, the University of North Carolina Chapel Hill, Philadelphia, and many other places around the country.

Why are people so desperate to protect an institution that murders children? Because they want to have sex with zero consequences for starters. They want to be able to be reckless with their life choices without worrying about taking responsibility for their actions.

Progressives have also done a bang up job of convincing these folks that to take away the “right” of abortion is an attempt to limit women’s health care and to control what they do with their bodies.

This simply isn’t true. We are trying to prevent them from committing a crime against another human being’s body. Not their own.

Please pray for those who are boldly working to defeat this horrific atrocity happening all across our country and ask God to strengthen and embolden those who are participating in this kind of ministry. May lives be saved as a result of their faithfulness.