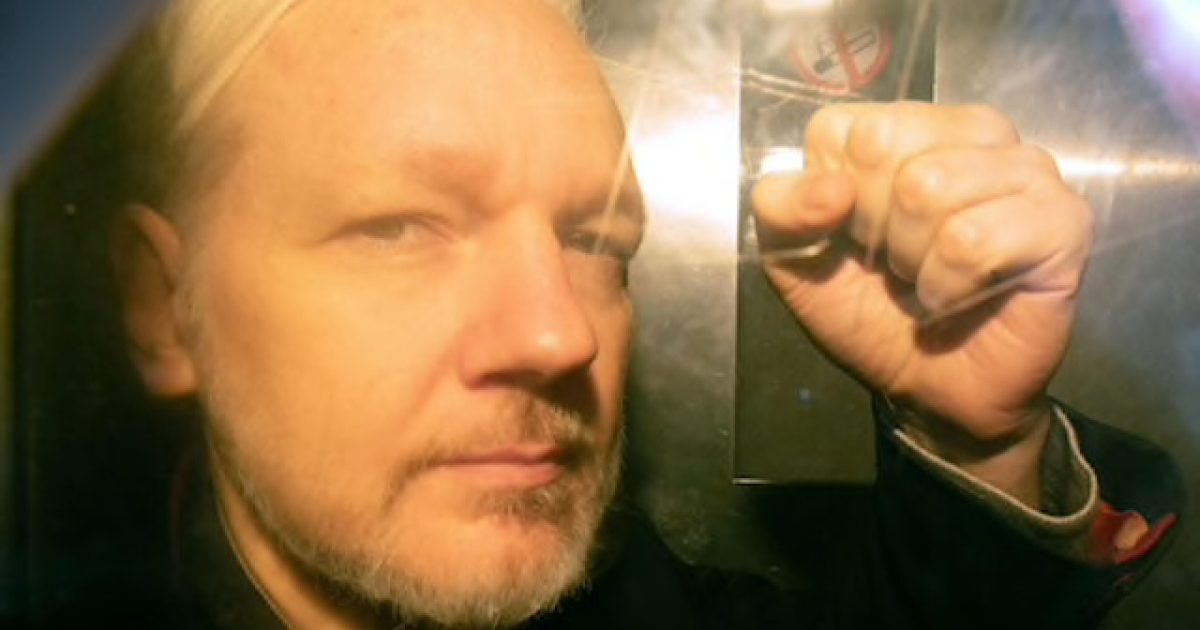 Controversial co-founder of WikiLeaks, Julian Assange, received some bad news on Wednesday, after he was handed a prison sentence of one year for breaching his bail conditions and taking refuge at the Ecuadorian Embassy in London nearly seven years ago.

Assange had a lot to say about the sentencing and released a statement that was both an apology and a complaint.

Assange was sentenced to 50 weeks in prison, BBC reported Wednesday. “The 47-year-old was found guilty of breaching the Bail Act last month after his arrest at the Ecuadorian Embassy.” Out of fear of extradition to Sweden for sexual assault allegations, Assange famously took refuge at the embassy in 2012 and remained there until he was forcefully removed by British police on April 11.

In a letter to the court, Assange apologized and explained why he felt the need to take the actions he did. “I apologise unreservedly to those who consider that I have disrespected them by the way I have pursued my case,” he wrote. “This is not what I wanted or intended.”

Here’s the letter in full:

I apologise unreservedly to those who consider that I have disrespected them by the way I have pursued my case. This is not what I wanted or intended.

I found myself struggling with terrifying circumstances for which neither I nor those from whom I sought advice could work out any remedy.

I did what I thought at the time was the best and perhaps the only thing that could be done – which I hoped might lead to a legal resolution being reached between Ecuador and Sweden that would protect me from the worst of my fears.

I regret the course that this took; the difficulties were instead compounded and impacted upon very many others.

Whilst the difficulties I now face may have become even greater, nevertheless it is right for me to say this now.

Judge Deborah Taylor was not at all sympathetic with Assange’s decision, calling it “hiding,” and slammed him for an “egregious violation of law that cost taxpayers £16m.”

As we’ve all come to expect from a man like Assange, who seems to have a real problem with authority, as he was exiting the court, he raised a fist as his fans and supporters jeered the court.

His organization, WikiLeaks, also had a lot to say about the sentence he was given.

Julian Assange's sentence is as shocking as it is vindictive. We have grave concerns as to whether he will receive a fair extradition hearing in the UK.

Julian Assange's sentence, for seeking and receiving asylum, is twice as much as the sentencing guidelines. The so-called speedboat killer, convicted of manslaughter, was only sentenced to six months for failing to appear in court.

Assange also faces some rather serious charges from the U.S. government over leaking classified information with the help of former U.S. intelligence analyst Bradley Manning, who now goes by the name Chelsea Manning. This could land him in prison for a total of five years on federal conspiracy charges.

Assange isn’t out of the woods yet it seems.