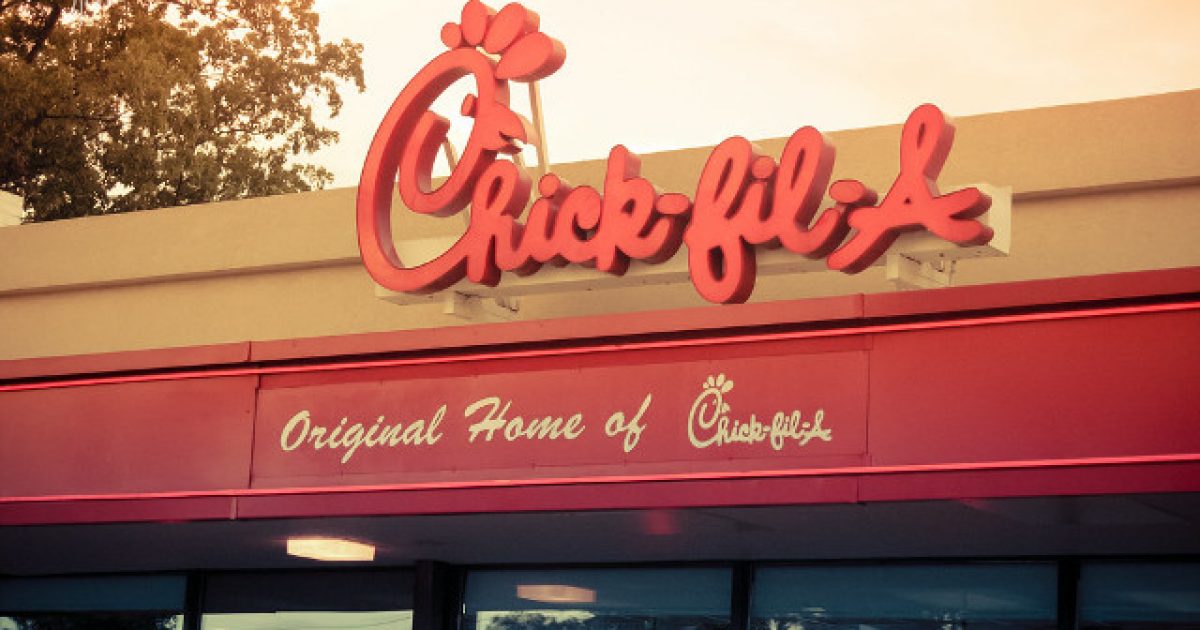 The vice chair of Cal Poly San Luis Obispo’s academic senate recently compared the Christian owned Chick-fil-A — one of the most highly rated restaurants in the world, by the way — to “pornography,” just as the faculty body voted overwhelmingly in favor of kicking the restaurant off campus after having an established presence there for 25 years.

The reason? You probably already know. Their supposed “anti-LGBTQ” stance, since they believe what the Bible teaches, that only a man and woman can be married and that homosexuality is a sin. That’s the truth by the way, just in case you were wondering.

“We don’t sell pornography in the bookstore, and we don’t have a Hooters on campus — we already pre-select those kind of things based on our existing values,” Thomas Gutierrez told student publication Mustang News. “This is a similar thing. The difference is we’re actually profiting from this. So our money, every dollar a student is spending at Chick-fil-A, is going to these causes that are in violation of our values.”

The Tuesday vote to oust Chick-fil-A was a landslide of sorts, with 38 of 44 academic senators wanting to get rid of the restaurant, the Chronicle said.

While the faculty representatives might be eager to give Chick-fil-A the boot, the school itself is not in a big rush to give them the boot.

“While university administration passionately disagrees with the values of some of the organizations the president of Chick-fil-A has chosen to make personal donations to, we do not believe in responding to intolerance with intolerance,” university spokesman Matt Lazier told KSBY-TV. “Rather, we must model our values of inclusion — that means upholding the rights of others to have different perspectives and ensuring there is space in our community for differing viewpoints and ideologies, even those that may be in direct conflict with our own.”

The school signed a five-year extension with the restaurant in 2018.

Chick-fil-A has been under attack from wackadoo liberals who want to normalize homosexuality and all sorts of other sexual perversions for years now. They can’t seem to comprehend that, at the end of the day, the folks who own this restaurant are Christians and have the God-given right to freedom of religion, which includes the right to share their views on homosexuality openly, as protected under the First Amendment.

If they don’t like that, well, they don’t have to eat there. It’s that easy. Vote with your dollars.