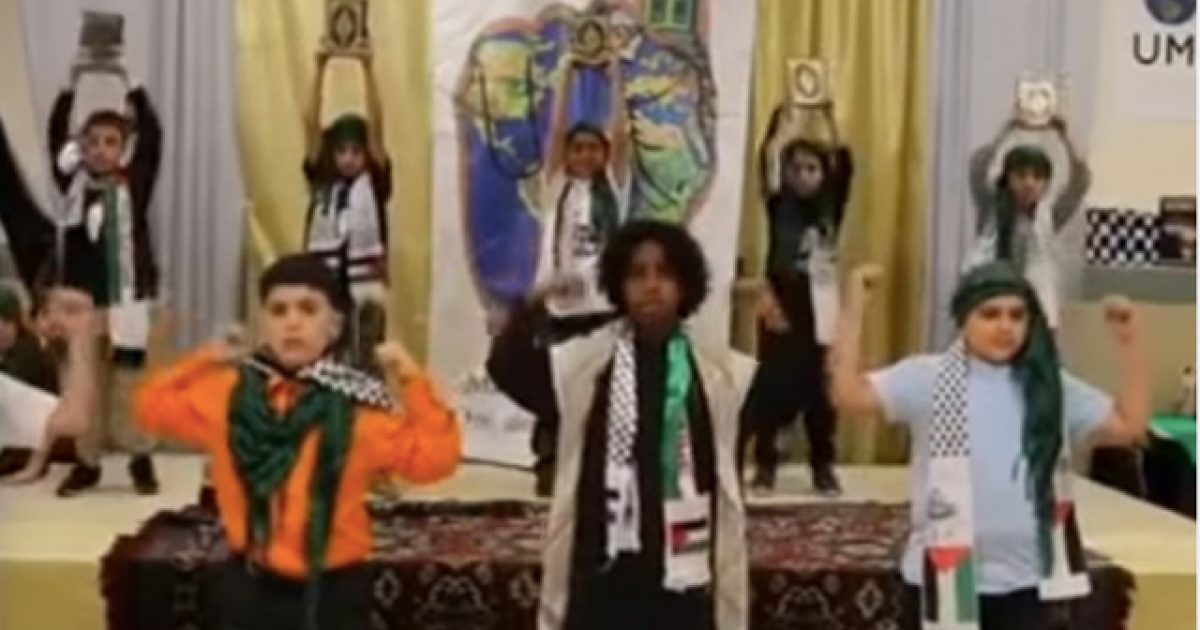 A group of young Muslim children at the Philadelphia Islamic Center were caught on video singing a disturbing tune about beheading Jewish folk, which is more proof that the “religion of peace” is, in reality, anything but.

It’s really hard to see this and say that this is in any way normal or acceptable behavior.

“We will defend the land of divine guidance with our bodies, and we will sacrifice our souls without hesitation,” said the young child. “We will chop off their heads, and we will liberate the sorrowful and exalted Al-Aqsa Mosque. We will lead the army of Allah fulfilling His promise, and we will subject them to eternal torture.”

Those are the translated words in a shocking video posted online by the Muslim American Society (MAS) Islamic Center in Philadelphia this week. It was posted on Facebook to celebrate it, then later treated as an oversight. Ultimately, the person in charge of the program was “dismissed.”

Watchdog group the Middle East Media Research Institute (MEMRI) alerted the media to the video, and uploaded a copy to YouTube. In it, children at the Center sing songs and read radical statements about Palestine and Israel. The translations, verified by MAS, are truly appalling.

The Muslim American Society responded to the video in a statement released on Friday stating that they “reject” the “statement” made during the incident, blaming the whole thing on a lack of vetting.

“While we celebrate the coming together of different cultures and languages, not all songs were properly vetted,” said Friday’s statement from the Muslim American Society. “This was an unintended mistake and an oversight in which the center and the students are remorseful. MAS will conduct an internal investigation to ensure this does not occur again.”

That statement was itself later revised, and now reads in part, “our investigation revealed that the school that organized the event on April 17, 2019 is a separate entity renting space from MAS Philadelphia,” and said that “the video from the school was uploaded to the chapter’s Facebook page without verifying the content of the video for appropriateness.”

Now, folks, don’t get too upset. This is all just some sort of major misunderstanding. Move along, nothing to see here. That’s what the left wants us to do in response to this disgusting display of anti-Semitism and hate, because they really want to pander to the Muslim vote in this country, which just so happens to be growing exponentially.

Can you just imagine what people like Reps. Ilhan Omar and Rashida Tlaib think about this video? They’re probably thrilled, tickled pink even, about seeing these young Jihadis in training.

It’s sickening and folks on the left, if they desire to be consistent, need to step up to the plate and condemn this song and the use of children in such a manner. If they don’t it screams hypocrisy, which cheapens their already defunct worldview.